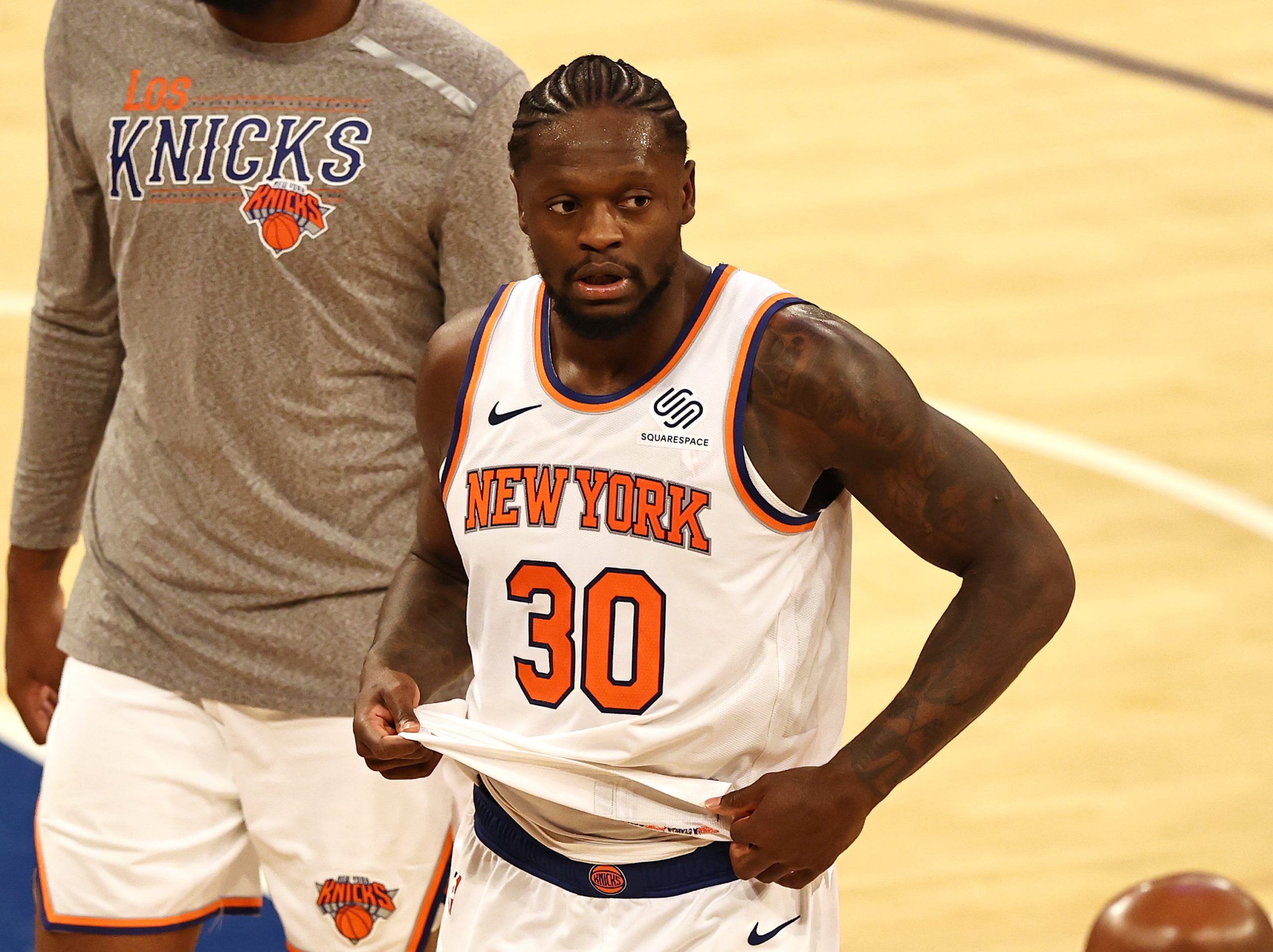 I'm an editor here at Pickswise who was raised in a household full of sports fanatics. Since I unfortunately never had LeBron James' jumping ability I wasn't able to make it to the NBA, and chose writing about sports as the next best thing. An avid sports bettor myself, I'm excited to get to write about the industry as it gets set to take off across the country. Buckle up.
Updated: 5:50 AM ET December 08, 2021

We have a nice big slate in the NBA today, with plenty of opportunities for value. What better way to celebrate than by going for a big payday on Wednesday? That’s right; we’re back with another mega parlay, NBA edition. We’re going big and bold again, so let’s not waste any more time.

Starting this mega parlay off with the Knicks. Sure this is the second half of a back-to-back for New York, but oddsmakers are overcompensating for that. The Knicks just beat a surging Spurs team by double digits, and RJ Barrett is coming off a game where he scored 32 points. If he can step up again like that here, the Knicks are going to win easily. Someone else needs to take some slack off Julius Randle’s shoulders.

The Pacers have been a huge disappointment this season, and reports emerged on Tuesday that they were going to pivot to a rebuild and start shopping key players. I don’t see them coming out with a home run effort against a really physical Knicks team after a report like that. Indiana is just 10-16 on the year and trending downward.

We need at least one more money line ‘dog for this mega parlay. I’ve been low on the Mavericks at times this season, but they’re the play here at nearly 2/1. Dallas actually played a decent game on Tuesday, and you can’t blame them for losing to the Nets by three points. Kevin Durant just took over. The Grizzlies are still playing without Ja Morant, and even though they’ve won games without him I haven’t been too impressed.

They just beat the Mavericks by seven points a few weeks ago. But that was a game where both Luka Doncic and Kristaps Porzingis didn’t play. Both those guys just returned to the court for the Mavs. If they can very nearly beat Memphis without Doncic and Porzingis, I think they’ll be able to cruise by them with them.

To wrap this mega parlay up and hopefully bring us home, we’ve got the Nuggets on the spread. Oddsmakers have overreacted to a rough patch for Denver that was the result of Nikola Jokic missing games. Jokic is back now, and I don’t see how the Pelicans of all teams will be able to slow them down. New Orleans’ offense has taken a huge blow without Zion Williamson, so I just don’t see this one being competitive.

Each of their last six losses have come by double digits, including to the lowly Rockets most recently. Denver is a good team to buy low on, as it’s only a matter of time before they get things figured out despite the injuries. The Pelicans having Jonas Valanciunas as their clear second-leading scorer tells you all you need to know about their offense without Williamson.

Check out our picks on the side and total for all of tonight’s NBA matchups!