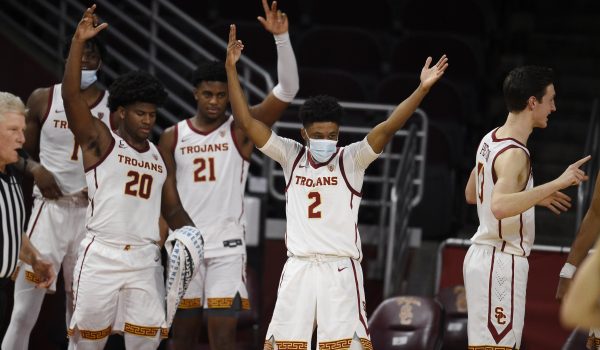 The NCAA Tournament Sweet 16 tips off on Saturday and continues on Sunday. March Madness has already been completely mad and hopefully for entertainment purposes that continues this weekend. Let’s take a look at where some of the money on Sunday’s games has gone to sway certain lines one way or the other.

Break up the Pac-12! The Big Ten was alleged to be the best conference in college basketball, but it has only one of nine NCAA Tournament representatives still alive in the Sweet 16. As for the Pac-12, legends of its demise were greatly exaggerated. A quarter of the teams still playing hail from this conference; that’s four for those counting. At least one will advance to the Elite Eight, because rivals USC and Oregon are going head-to-head on Sunday. Bettors appear to like the Trojans even though they are giving points—albeit just a couple. They took care of Drake in the first round and then humiliated Kansas 85-51. They also beat Oregon by double-digits during the regular season. The Ducks impressed with an upset of Iowa after benefitting from a walkover given to them by a Covid-stricken VCU squad. Their sample size of recent success obviously remains small. Led by Evan Mobley, USC is 5-1 in its last six games with a loss only to 23rd-ranked Colorado by just two points.

Another Sunday game that has moved for the favorite is this East Region showdown between No. 2 Alabama and No. 11 UCLA. Yes, we have another Pac-12 team in this one. ‘Bama opened as a -4.5 favorite but is now giving six points to the Bruins. The public had to like what they saw in round two when the Crimson Tide rolled over Maryland. It’s not like the Tide are coming from out of nowhere, either. They won both the SEC regular-season title and the conference tournament. UCLA may be on fire right now through three Big Dance games, but how long can a previously inconsistent team keep it going? 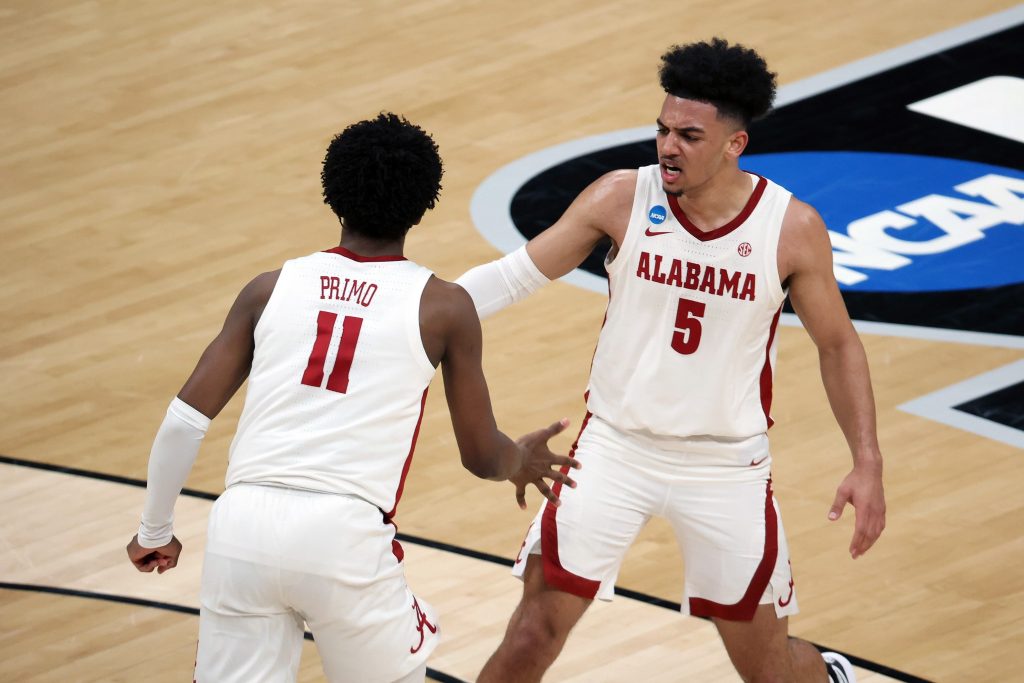 This may be my favorite matchup of the entire Sweet 16 lineup. Michigan was looking like the third-best team in the nation behind Gonzaga and Baylor before Isaiah Livers was lost to a stress reaction. Head coach Juwan Howard’s squad has done well to overcame that absence and reach the Sweet 16. Florida State is through to this stage for the third straight time. This is also one of my favorite bets of the weekend, as well—and it is for the public apparently, too. The total has been hammered down from 146 to 143.5. The Seminoles held Colorado to 53 points two days after the Buffaloes erupted for 96 points against Georgetown.