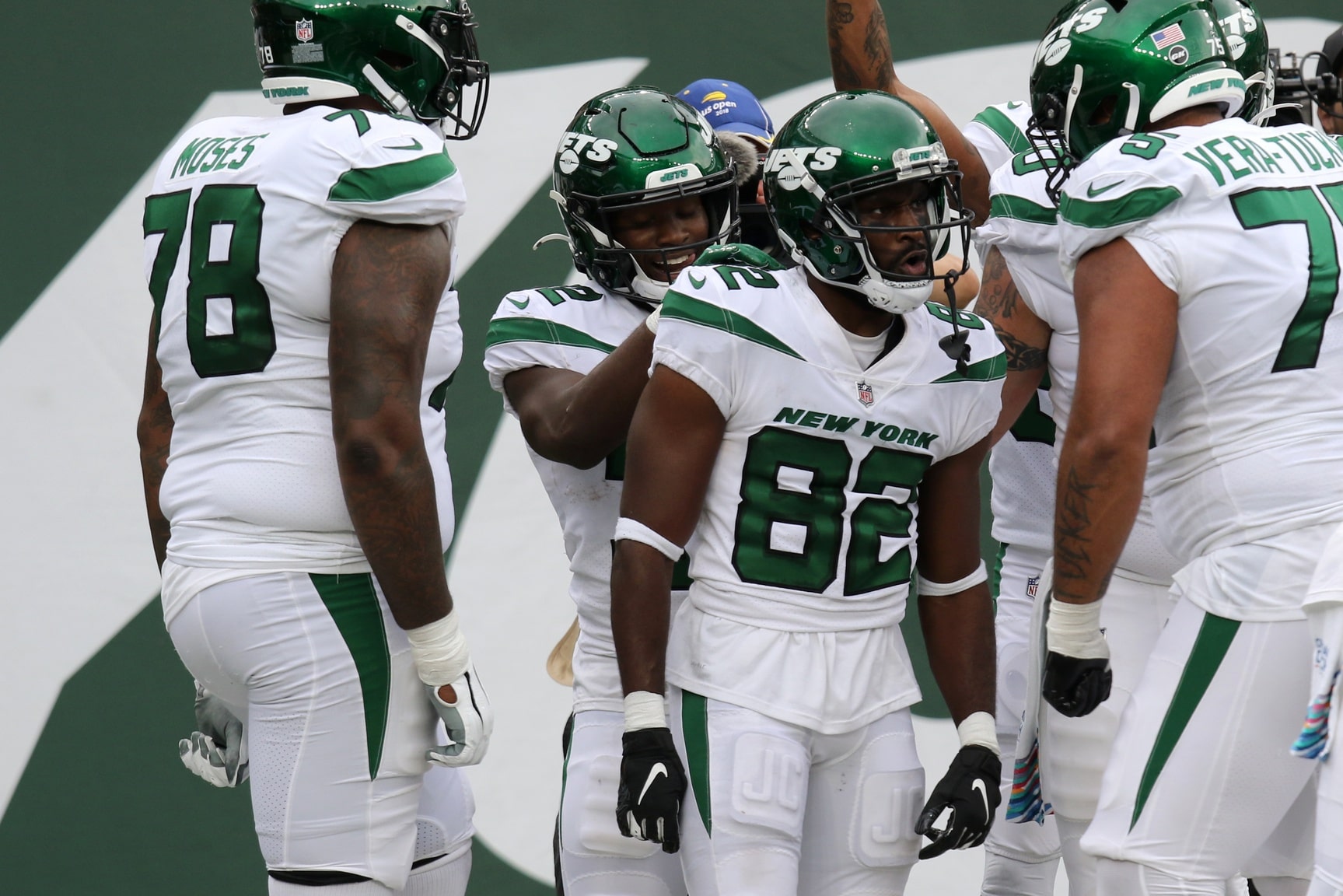 Start spreading the news! Online sports betting has finally gone live in New York, and to celebrate we’ve put together a 3-team cross-sport parlay involving three of New York’s proudest teams from the NBA and NFL!

We’ve got one pick each from the Jets vs Bills, Giants vs Football Team and Spurs vs Nets, which pays out at odds of +595 with DraftKings Sportsbook. Be sure to sign up to DraftKings using the great offer below if you don’t already have an account. Now, let’s break down each of these plays.

Over their last four games, San Antonio ranks 16th in defensive efficiency and Brooklyn ranks 28th in defensive efficiency. In that same stretch, both teams are near the league average in pace of play. Bettors should expect two capable offenses and two struggling defenses to engage in a high-scoring affair. Make it a small play, but take the over.

This total is very low, but the under still looks to be the way to go. The Giants’ offense has been utterly woeful in recent weeks. They’ve scored 10 or fewer points in 5 of their last 7 games and their passing game has been in shambles since QB Daniel Jones was ruled out for the season. Mike Glennon and Jake Fromm have struggled tremendously when they’ve played, and a Giants QB has not topped 100 passing yards in any of their last 3 games.

The Football Team’s offense has not scored more than 20 points in any of the last 6 games and neither their passing nor rushing game has looked up to scratch in recent weeks. Both defenses are far stronger units than their offenses and that should be displayed on the field. Go with the under.

The Buffalo Bills can clinch the AFC East with a win against the Jets or a Patriots loss. They will undoubtedly be looking to take care of business by getting the victory in this game, but covering the huge 16-point spread may be a tougher challenge.

The Bills are 5-3 at home, but a mediocre 3-3-2 when it comes to covering the spread in their own stadium. Josh Allen is coming off a game in which he threw 3 interceptions, and he is now up to 15 interceptions on the year. Covering a 16-point spread as a favorite in the NFL is no easy task, and the Bills have already shown their vulnerability this season by losing to the Jaguars when they were favored by 14.5 points. The Bills should win this game, but covering the massive spread could be a tougher challenge. Consider a play on the Jets.