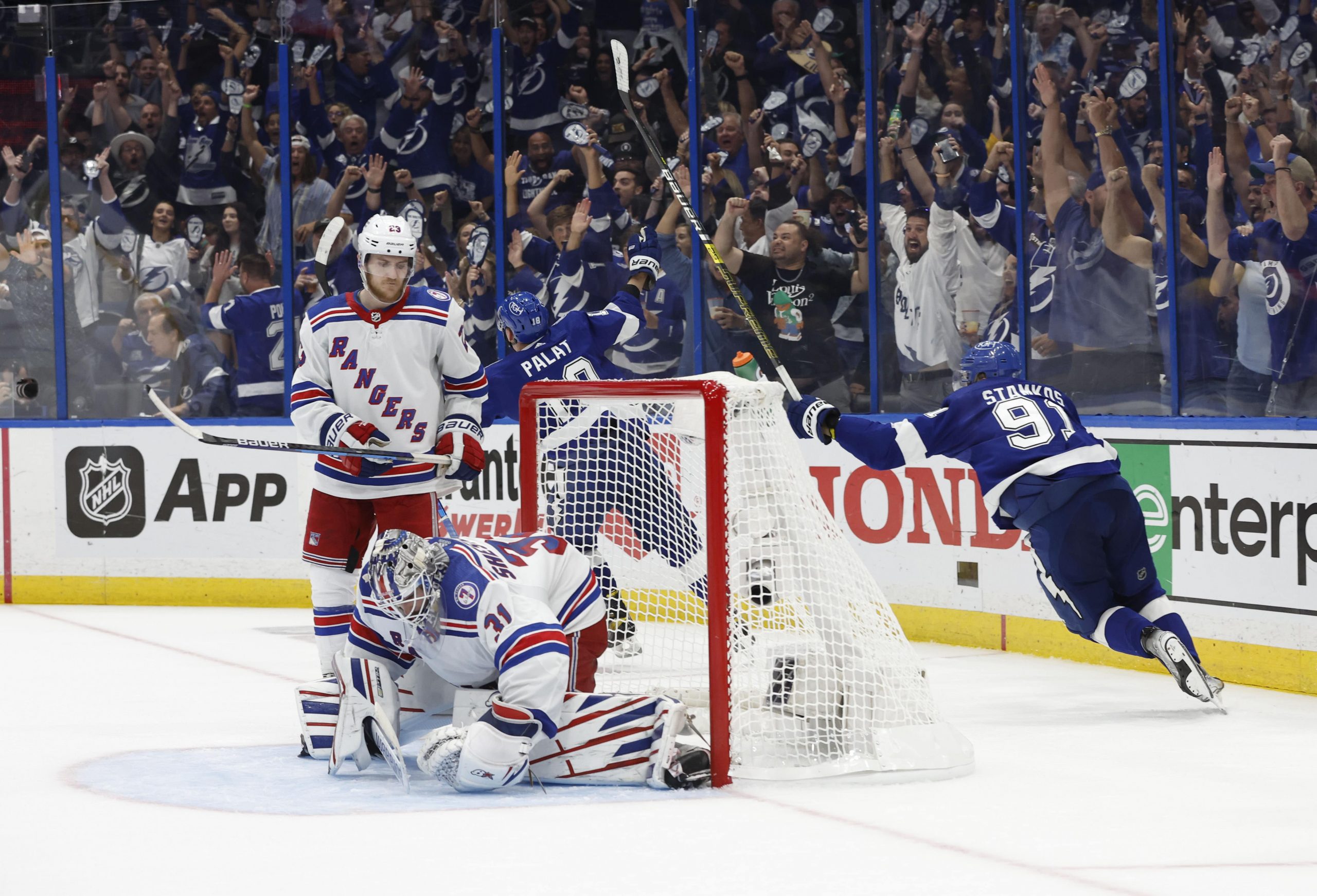 Game 4 between the New York Rangers and Tampa Bay Lightning is set for Tuesday night in Tampa Bay. The Lightning clawed their way back into the series with a Game 3 win as Ondrej Palat scored the game winning goal in the 3rd period with 42 seconds left in the game. Now with that win, the Lightning will be looking to even the series on home ice.

Looking through the game, we have found a few bets to provide you with a same game parlay that has a payout of 6/1 at DraftKings Sportsbook. But before we dive in, be sure to check out all of our picks and previews for every NHL game.  You can also follow Pickswise on Twitter for plenty of daily betting content.

The Lightning will want to send a statement before heading back to New York for Game 5, and we can expect their best effort in Game 4. Tampa has dominated the advanced stats in this postseason, leading in both expected goals for and expected goals against out of the 4 teams remaining. They have also outshot the Rangers and have had more high-danger chances in every game of the series. Further, the Lightning simply win games at home. They have won 5 straight home playoff games heading into this one, with 3 of those wins coming by at least 2 goals. The hosts will look to make that 6 straight wins in Tampa Bay, and I believe they get it done in convincing fashion.

This series has tightened up since Game 1 saw an onslaught of 8 goals and that is thanks to the goaltending. Igor Shesterkin, for the Rangers, ranks 2nd out of all goalies to have played in the playoffs in goals saved above expected, and 1st out of the 4 remaining goalies. Shesterkin also hasn’t allowed over 3 goals in a game since early in the 1st round of the playoffs.

Andrei Vasilevskiy is a 2-time Stanley Cup champion and ranks 4th out of all goalies in the playoffs in goals saved above expected.  Vasilevskiy has also only allowed 3 goals in his last 3 home games, with one of those game being a shutout. Look for the goalies to be the big factor as to why the under cashes.