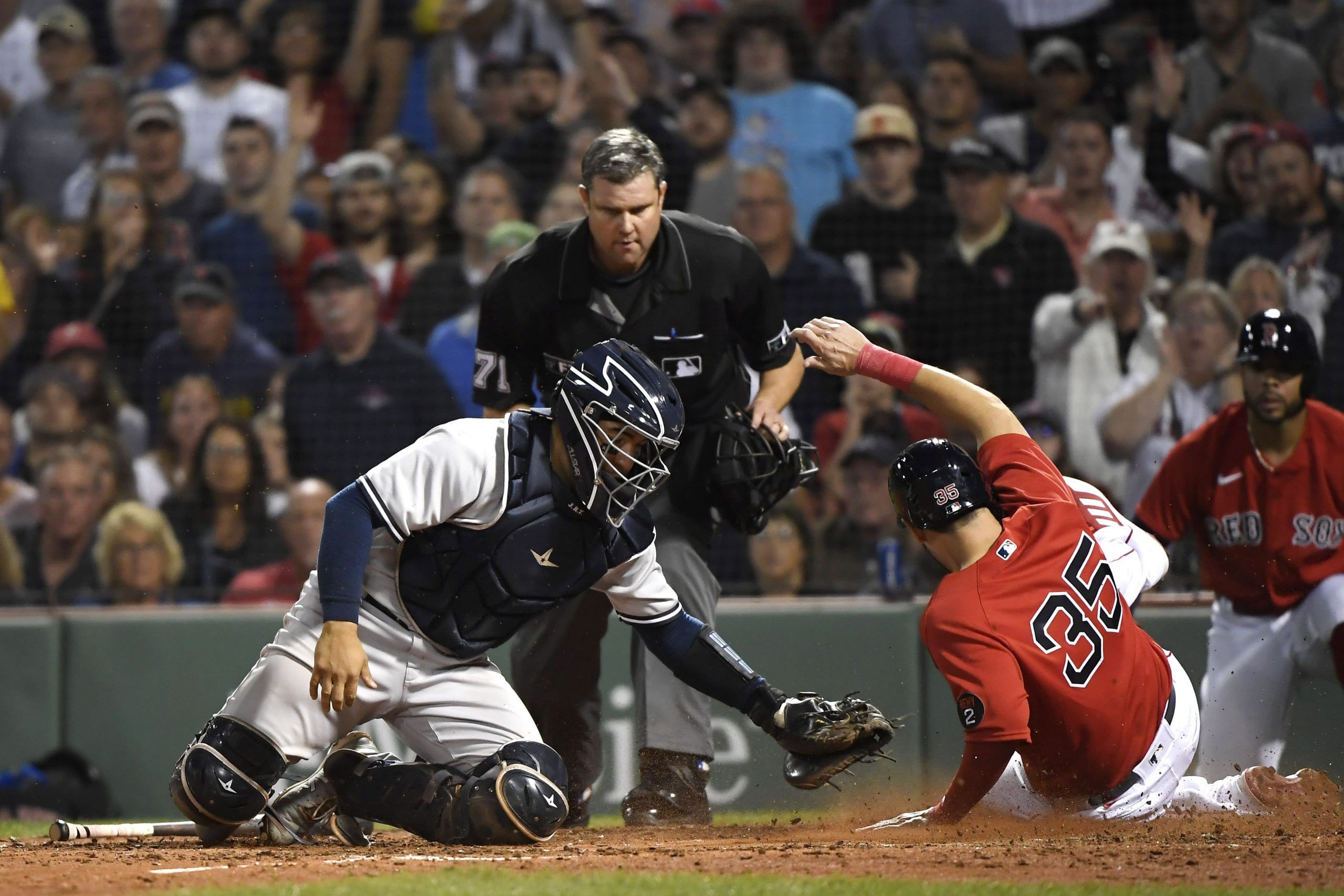 Tonight’s Sunday Night Baseball game features the biggest rivalry MLB has to offer: the Yankees against the Red Sox. Live in primetime on ESPN at 7:00pm ET, the final game of Sunday’s slate looks sure to be an thriller.

The series is level at 1-1 after the Yankees hit back to win Saturday’s game 3-2 after losing the opener on Friday by the same score. Let’s take a look at the odds and our expert’s picks for the matchup. Make sure you also check out our MLB picks page, where we provide bets on the side and total of EVERY game!

The series is on the line as this famous rivalry between the Yankees and Red Sox resumes on Sunday Night Baseball and after a 3-2 decision either way in the first two games, another close contest could be expected. That makes siding with the underdog appealing and taking the Red Sox +1.5 on the run line could pay off. Jameson Taillon gets the start for the Yankees and Michael Wacha will be on the hill for Boston. The Yankees lost for the 8th time in 9 games when Boston got its walk-of win in the first game of this series but the mood in their locker room should have brightened when they won on Saturday night. There’s no reason for the Yankees to worry just yet because they have a big lead in the AL East, but there’s no denying it has been their toughest spell of the season.

Taillon has a 3.95 ERA and a 4.03 xERA from 120.2 innings and extra-base hits are becoming a problem for him. He has given up the 4th-most doubles, 6th-most triples, and 7th-most home runs in the AL this year. The Red Sox offense has the talent to make an impression against him tonight.

Wacha has not played for the Red Sox since June 28 due to a shoulder issue. He had been having a great season with a 2.69 ERA from 70.1 innings. He made a couple of rehab starts in the Minors and he played well, giving up 2 runs and 4 hits in 9 innings. His experience is needed in a Red Sox starting rotation that has been troubled by injuries this year. Now that he’s well rested, Wacha gives the Red Sox a great chance. Take them on the +1.5 run line.

The first 2 games of this series have each produced just 5 runs. The lack of scoring is slightly unexpected since neither bullpen has been playing that well of late. The Red Sox have had one of MLB’s worst bullpens in the second half of the season according to their ERA and FIP, but the situation has been getting better due to the performances of Garrett Whitlock and John Schreiber.

Wacha pitched really well in his warmup games and he will be the freshest he’s been since the start of the year. It’s never comfortable taking an under with the Yankees, but the under is 6-3 in the last 9 Red Sox home games and that trend could continue.

Now read our YRFI/NRFI play for this game