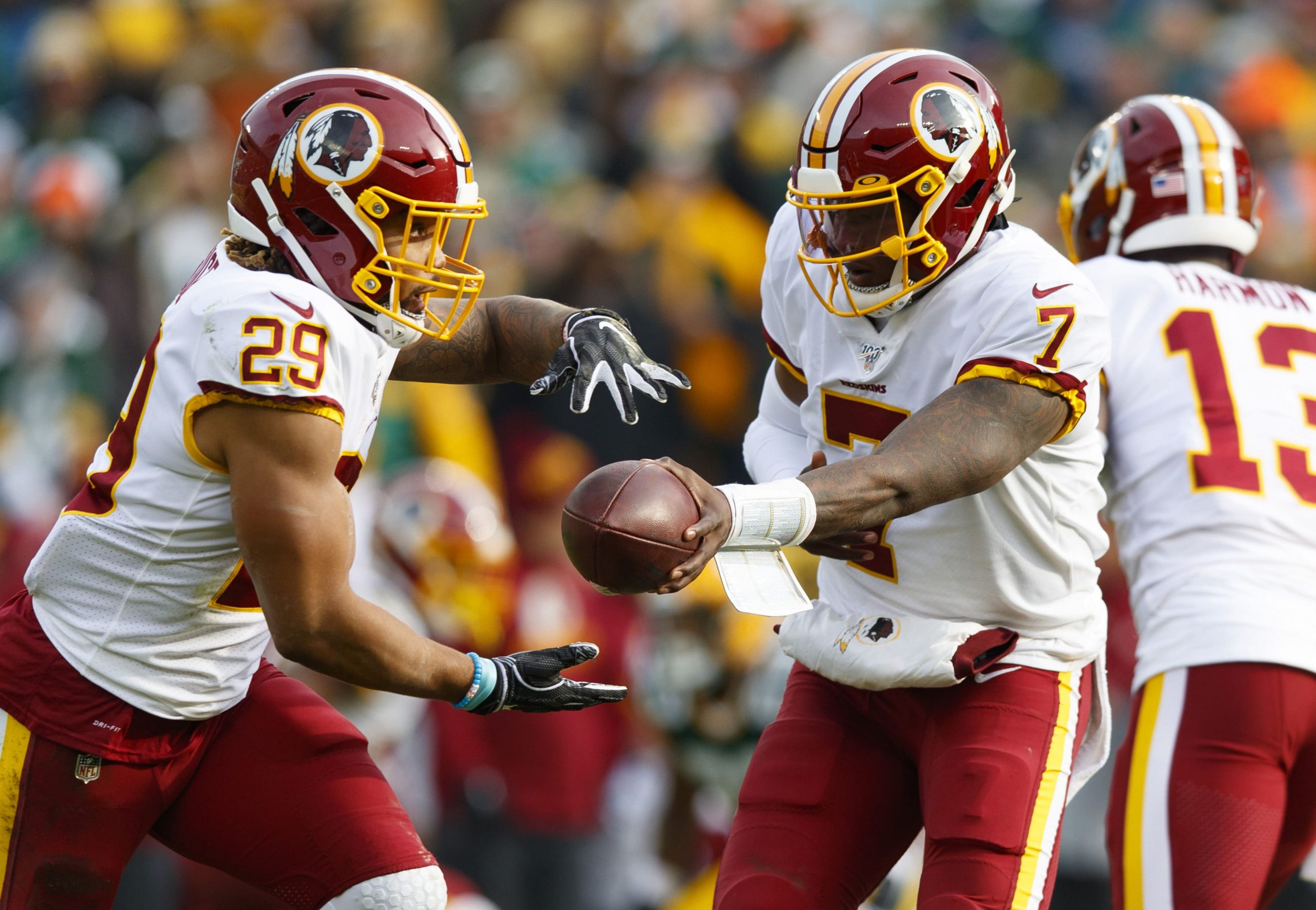 At this point, with barely more than a month to go until the 2020 season begins, NFL teams should have a pretty good idea of what their rosters will look like. The deadline for players to opt out of the season and collect benefits for doing so ($350,000 if considered high risk for COVID-19; $150,000 if not considered high risk) came and went on Friday.

But that doesn’t mean there won’t be any more hits for various other reasons—just ask the Washington Football Team. Washington released running back Derrius Guice on Friday just hours after he was arrested on domestic violence chargers in Loudoun County, Va. According to the Loudoun County Sheriff’s office, the charges stemmed from three different domestic incidents in 2020 (February, March, and April)—all of which took place at Guice’s home in Ashburn, Va.

“This afternoon we learned that there were multiple charges filed against Derrius,” the team formerly known as the Redskins stated. “Upon review of the nature of these charges and following internal discussions, we have decided to release Derrius immediately.”

Unsurprisingly, Guice and his attorney denied the charges.

“The failure to fully investigate allegations of events, which allegedly took place months ago, is inexplicable,” the statement read. “Derrius will defend these charges in court, where a full vetting of the allegations will take place, in contrast to actions by local law enforcement and the Washington Football Team that assumed the worst, directly contradicting every sense of fairness and due process.”

How much will the WFT miss the former LSU Tiger? Perhaps not a lot, as he had not yet lived up the potential with which he arrived in the NFL as a second-round draft pick in 2018. Guice missed all of that season due to a knee injury before making his professional debut last year, when he 245 yards on 42 carries (5.8 average) and scored two touchdowns. He also caught seven passes for 79 yards and one TD.

With Guice out of the picture, Washington’s stable of running backs includes Adrian Peterson, J.D. McKissic, Peyton Barber, Antonio Gibson, and Bryce Love. In other words, this club should be fine in the backfield. Peterson is 35 years old (basically a decade past the prime of most running backs) but has gained 1,940 yards over the past two seasons. McKissic is a third-down back whose status with Guice gone does not change much. Barber, Gibson, and Love could be the beneficiaries in terms of landing roster spots. Love was a Heisman Trophy contender at Stanford before being drafted by Washington in round four of the 2019 NFL Draft. Like Guice, Love missed what was supposed to be the first year of his career due to a knee injury.

The WFT is a +1200 longshot to win the NFC East. It is a +6 home underdog against division rival Philadelphia in Week 1 (be sure to check out our weekly NFL expert picks for every game this season).

The end of the opt-outs

Washington wrapped up the opt-out period with two players removing themselves from the 2020 season: linebacker Josh Harvey-Clemons and defensive linemen Caleb Brantley.

New England was the “winner” of the opt-out battle, placing in first with room to spare by having eight guys withdraw. That octuplet was headlined by safety Patrick Chung and linebacker Dont’a Hightower. Cleveland was next with five, while a handful of teams finished with three.

The Patriots, who are obviously without Tom Brady as well, are not even favored to win the AFC East. They are +145 in the division behind Buffalo at +110.