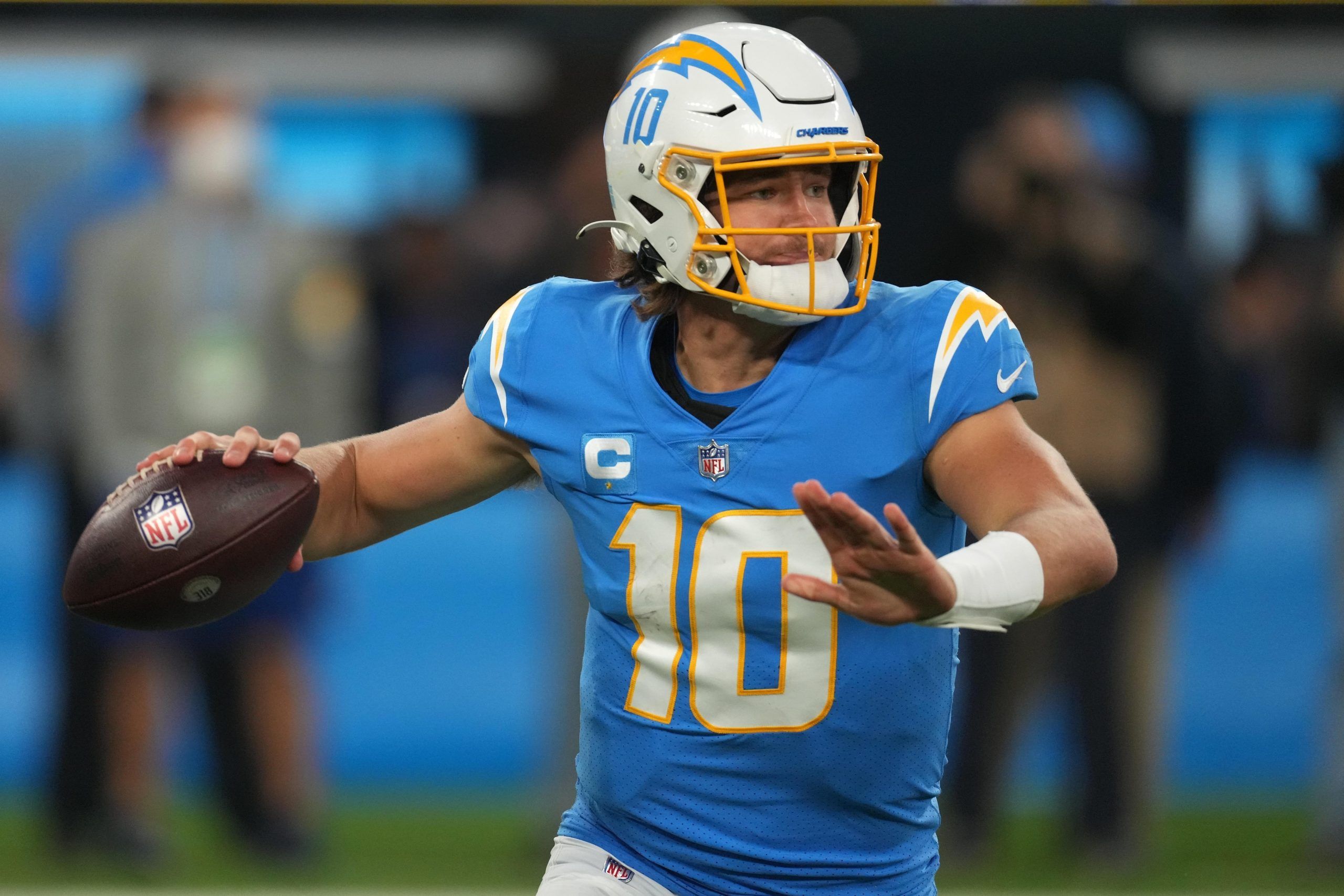 Covering all things sports betting with a focus on MLB and college football. Lifelong sports fan based in the Bayou State of Louisiana. Strong believer that every loss is a bad beat and every win is easy money.
@CG_cashes
Updated: 5:49 AM ET November 21, 2022

Week 18 is here. It is the last week of the NFL regular season, and there is plenty of uncertainty surround the action. This article will break down the best teasers for Week 18’s slate, as well as a parlay that I think has a solid chance of hitting. After reading this article, be sure to check out our expert NFL picks for free picks on the side and total of every game this week. But first, let’s dive into this Week 18 teaser.

In the previous meeting between these teams, Los Angeles took care of business at home via a 28-14 decision on October 4. The Chargers completely had their way on offense, as Justin Herbert threw for 222 yards and 3 touchdowns without getting picked off. In addition, the Chargers racked up 168 yards on the ground. LA has remained a well-oiled machine offensively — its 5 most recent point totals are 41, 37, 28, 29, and 34. Las Vegas’ offense may have a tough time keeping up, especially with running back Josh Jacobs (ribs) still listed as questionable.

Be sure to read our full game preview for Los Angeles Chargers vs Las Vegas Raiders.

Close games have become the norm in this AFC North rivalry. In the last 10 meetings between the Steelers and Ravens, 7 have been decided by one score and 6 have been decided by fewer than 5 points. As such, teasing the Steelers from +3.5 to +9.5 makes some sense. After starting the season with a 5-1 record, Baltimore is just 3-7 since. The Ravens enter this one on a 5-game losing streak and Lamar Jackson has been ruled out yet again.

On the other side, the Steelers are a solid 7-4-1 since beginning the season 1-3. Their current stretch includes a 20-19 victory over Baltimore in Week 13. It isn’t always pretty, but the Steelers have what it takes to keep this one close. This should be a hard-fought, defensive battle that could come down to the wire.

Be sure to read our full game preview for Pittsburgh Steelers vs Baltimore Ravens.

New Orleans needs a win and a loss by San Francisco to the Rams in order to snag a wild-card spot. Regardless of this Week 18 result, if the Saints miss the postseason they can really pinpoint a Week 9 home loss to the Falcons as the reason. New Orleans was a -6.5 favorite and led 17-3 before falling 27-25. Trevor Siemian was playing quarterback instead of Taysom Hill, but QB play was hardly why the Saints lost. Siemian passed for 249 yards and 2 touchdowns without getting picked off. The problem was the defense. Matt Ryan lit up the New Orleans secondary to the tune of 343 yards and 2 touchdowns. It was his highest amount of passing yards in a game this season, and that should give him plenty of confidence going into this contest. Ryan is playing well as of late’ he has gone 5 consecutive games without throwing an interception.

Although the Saints’ defense has improved since that game, their offense has not — not even with Hill under center. Alvin Kamara is doing nothing on the ground and he has surpassed 68 yards in receiving only once this season. The Falcons, who lost at Buffalo last Sunday, have not dropped 2 games in a row since Weeks 10 and 11. Don’t be surprised if the Falcons pull off an upset in this one.

Be sure to read our full game preview for New Orleans Saints vs Atlanta Falcons.

The Jaguars are the lowest-scoring team in the league; they are putting up an average of just 14.2 points per game. It is no secret that QB Trevor Lawrence has had a rough rookie season, and the Indianapolis defense is more than capable of giving him some issues. In their meeting in Indy on November 14, the Colts held Lawrence to 162 passing yards and he completed just 16 of his 35 pass attempts. It also doesn’t help that running back James Robinson is on IR.

The Indianapolis offense starts and ends with RB Jonathan Taylor. The former Wisconsin Badger will be involved early and often, and the emphasis on the running game should keep the clock moving at a decent pace. The under has cashed in each of Indy’s last 4 games and is 7-1 in their last 8 games against AFC South opponents.

Be sure to read our full game preview for Indianapolis Colts vs Jacksonville Jaguars.

This is a division rivalry game between 2 very familiar opponents, and both teams are starting backup quarterbacks. Don’t look for either head coach to get too creative on offense in this one. Zac Taylor isn’t going to ask too much of Brandon Allen, and Kevin Stefanski isn’t going to ask too much of Case Keenum. Both teams will likely try to run the ball a ton here, which tends to favor a low-scoring contet. The only action Allen has seen all season has been in garbage time, and Keenum’s only start of the year came back in Week 7. Neither journeyman is going to look particularly sharp in this one. The Browns have few weapons in the passing game, and I suspect the Bengals will rest some of theirs like Ja’Marr Chase. The January weather conditions in Cleveland won’t help, either.

Be sure to read our full game preview for Cincinnati Bengals vs Cleveland Browns.