HomeAnalysisNFL AnalysisNFL Thanksgiving reaction: It's time for the Lions to move on from Matt Patricia

NFL Thanksgiving reaction: It's time for the Lions to move on from Matt Patricia 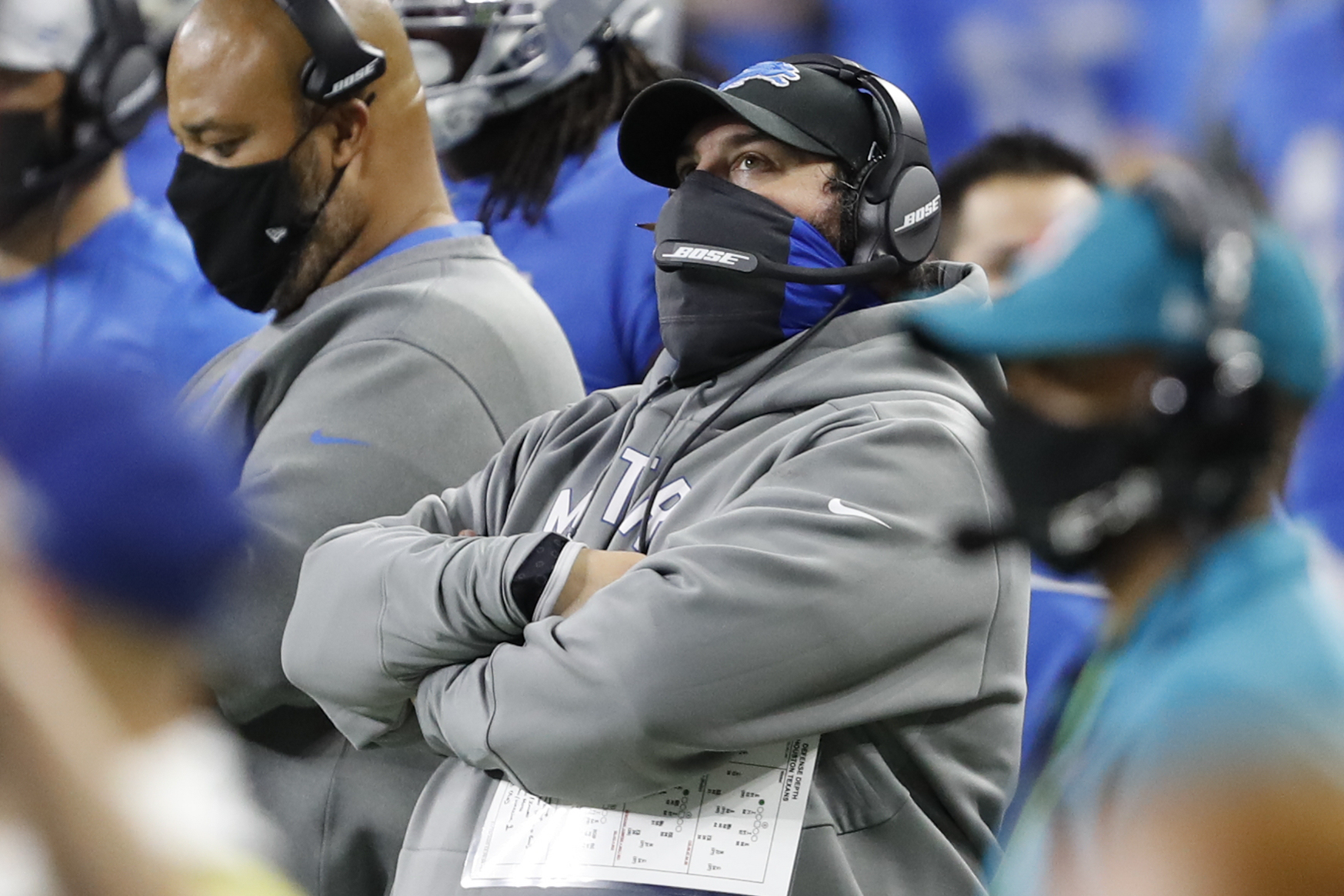 Another Thanksgiving, another Detroit Lions loss. Today’s 41-25 defeat to the Houston Texans marked the fourth straight year that the Lions have lost on turkey day, as they slump to 4-7.

This wasn’t just another defeat though — Detroit was humiliated. After taking an early lead, Matthew Stafford threw a pick-six to J.J. Watt, and then it was just one error after another from the Lions. Not great when they got shut out by Carolina just four days earlier.

A team in decline

It’s hard to believe, but the Lions finished the 2017 with a 9-7 record when they decided to fire Jim Caldwell. They had also gone 9-7 the year before. Apparently being good but not great was not enough for the powers that be in Detroit, and Caldwell was given the marching orders on January 1, 2018. His .563 winning percentage remains the best for a Lions head coach since Buddy Parker in the 1950s.

Since Matt Patricia took over from Caldwell, this team has got progressively worse. Granted, Calvin Johnson’s retirement was a huge blow, but even with talented receivers like Marvin Jones and Kenny Golladay lining up out wide, Detroit has continued to struggle.

Detroit does already have one more win this season than they got last year (when they went 3-12-1), but those nine straight defeats came after Matthew Stafford went down injured for the year. Admittedly, they’ve had injury issues this year as well, and had to face the Texans without Golladay, D’Andre Swift, and Jeff Okudah, but even if those players suited up I suspect they still will have struggled.

The Lions have now allowed the most points in the NFL this season, and it looks like this team has given up on Patricia. It spoke volumes when they were down 16 with three minutes to play, and the offense was in no hurry to get to the line of scrimmage and drive the ball downfield. With Green Bay, Tampa Bay, and Tennessee still in their schedule, Detroit could once again find itself propping up the NFC North at the end of the season.

Every #WeAreTexans -3 bettors are thankful for DeShaun Watson

The Houston Texans are finally starting to prove that maybe they are still as good as everyone thought they were. Since starting the season 1-7, Deshaun Watson and company have won three straight games and suddenly things aren’t looking quite so bad. It’s also worth noting that six of those seven defeats came against teams that currently have winning records.

With two games against the Colts and a final-day date with the Titans, don’t expect this to be the beginning of some crazy route into the playoffs for Houston. The way things stand, I’m not even sure 9-7 would be enough for them to reach the postseason anyway. But it does highlight that this is still a team that isn’t quite heading for a rebuild, and that things have looked progressively better since the decision was made to move on from Bill O’Brien.

It’s also worth noting that the Texans don’t have a first and second-round pick in next year’s draft, as they traded those away to the Miami Dolphins for Laremy Tunsil and Kenny Stills, so this team has no reason to begin looking in that direction.

Watson proved he’s still one of the best quarterbacks in the league, and Will Fuller proved that he will punish any team that dares to play one-on-one man coverage against him.