HomeAnalysisNFL AnalysisNFL Thanksgiving reaction: Football Team move into first, but how far can they go?

NFL Thanksgiving reaction: Football Team move into first, but how far can they go? 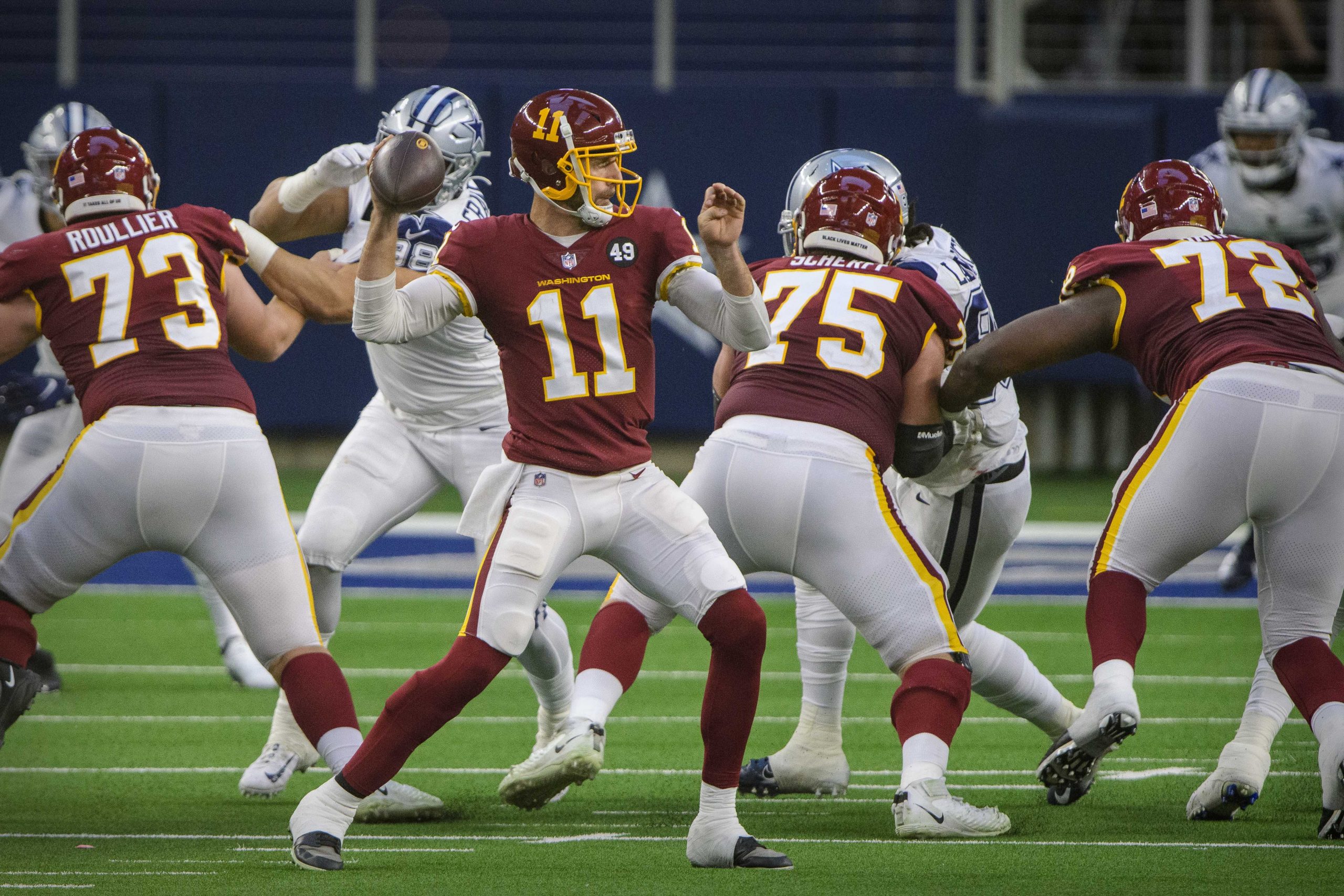 The Washington Football Team jumped into first place in the NFC East with a 41-16 win over the Dallas Cowboys on Thanksgiving. The Football Team became the first team in the East to reach four wins, improving to 4-7 with the Eagles and Giants still to play later in the week.

The game was close throughout the first three quarters, but after settling for a field goal following a dropped touchdown pass by CeeDee Lamb, the Cowboys began to lose the plot. On their subsequent possession, they inexplicably attempted a fake punt on a 4th-and-10 well within their own territory, failing to even get back to the line of scrimmage on the reverse they tried.

Washington ran the ball in for a touchdown on the very next play and took complete control from there, scoring two more times (just seven seconds apart) to grow its lead to 25, winning by nearly four scores in a game it started as a 3.5-point underdog.

The Cowboys’ season has been a disaster, but just one game out of first place they still have plenty to play for moving forward. With matchups against the Bengals, Eagles, and Giants still to come, Cowboys’ fans can still cling to some hope. But the team on the field needs to get its act together following an embarrassing Thanksgiving performance for the second year in a row.

As for Washington, the conversation now turns to how far it can go. If no further games are cancelled, the winner of the NFC East will finish as the fourth seed and will host a playoff game on Wild Card Weekend in January. The Football Team is a heartwarming story, but they’re nowhere near as complete a team as the Seahawks, Rams, or Buccaneers–one of whom will most likely be the opponent of the eventual East winner.

#WashingtonFootball was +400 to win the EAST before today’s game

While their run will most likely end come wild-card weekend–if they’re lucky enough to clinch the division–Washington fans should enjoy the ride, however ugly it may be, for the next month. TWFT is chasing its first playoff berth in five seasons and, for better or worse, have as good a shot as any of their division rivals to get there.

Also, let’s not have any more halftime shows when two 3-7 teams are playing.