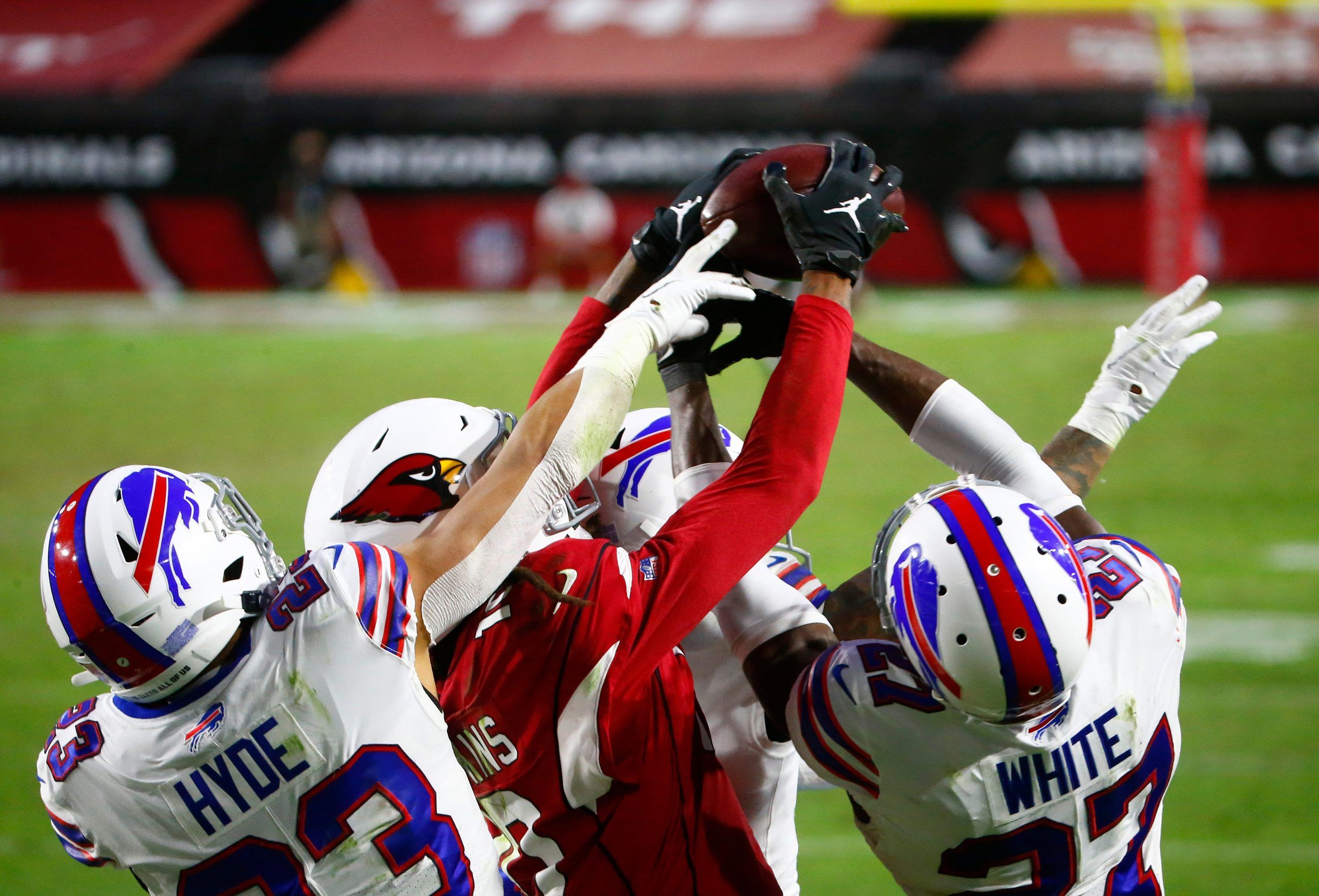 In a game with enormous playoff implications for both conferences, the Arizona Cardinals pulled off the comeback of the season, defeating the Buffalo Bills 32-30 on a last-second 43-yard Hail Mary from Kyler Murray to DeAndre Hopkins. The Cardinals’ heroics launched them into a share of first place in the unpredictably exciting NFC West.

We will officially be calling this play the "Hail Murray" 🔥pic.twitter.com/ZfeGwtqRue

The first half of the game was undoubtedly a higher level of football overall. The Bills led 16-9 at halftime after three 54-plus-yard field goals from rookie kicker Tyler Bass and a trick play touchdown caught by Josh Allen from receiver Isaiah McKenzie. Buffalo stretched their lead to 23-9 but defensive and special teams mistakes and penalties on key plays brought the Cardinals back into the game.

Arizona led 26-23 for most of the fourth quarter, failing to grow their lead when a Murray pass deflected off Larry Fitzgerald near the ground and was intercepted by Jordan Poyer. After two drives each without scoring, the Bills got the ball back, ending up at midfield at the two-minute warning. Allen then came through in the clutch, throwing what appeared to be a game-winning touchdown to Stefon Diggs with just 34 seconds remaining.

Needing a touchdown to win, Murray got the ball back and immediately threw two passes over the middle, forcing Arizona to use their last two timeouts. He then took ten seconds on the next play, gaining just nine yards on a pass to Larry Fitzgerald that got the Cardinals to the Buffalo 43 with only eleven seconds remaining.

Then the magic happened

Murray was under pressure on the next play and managed to avoid a sack, eventually going for broke and throwing to the end zone, not because that was the play design, but because he needed to get rid of the ball before going down. Somehow, Hopkins was in the right spot, and with three Bills defenders surrounding him on all sides, he managed to come down with the catch and win the game with just two seconds remaining.

Bettors who went with Arizona -2.5 felt one moment of shocking elation after Hopkins’ heroic catch, before seeing that the Cardinals, instead of risking a blocked kick on the extra point, decided to line the offense up and kneel down, giving the Bills one of the most unorthodox covers of the season.

Buffalo are now only a half-game ahead of Miami in the division, and the two will be even (although the Bills have the tiebreaker) if the Dolphins win in Denver next week. Arizona are now tied for first with Seattle and Los Angeles, all atop the crazy West at 6-3. Both divisions look destined to come down to the wire, which is fitting in this NFL season like no other we’ve ever witnessed.