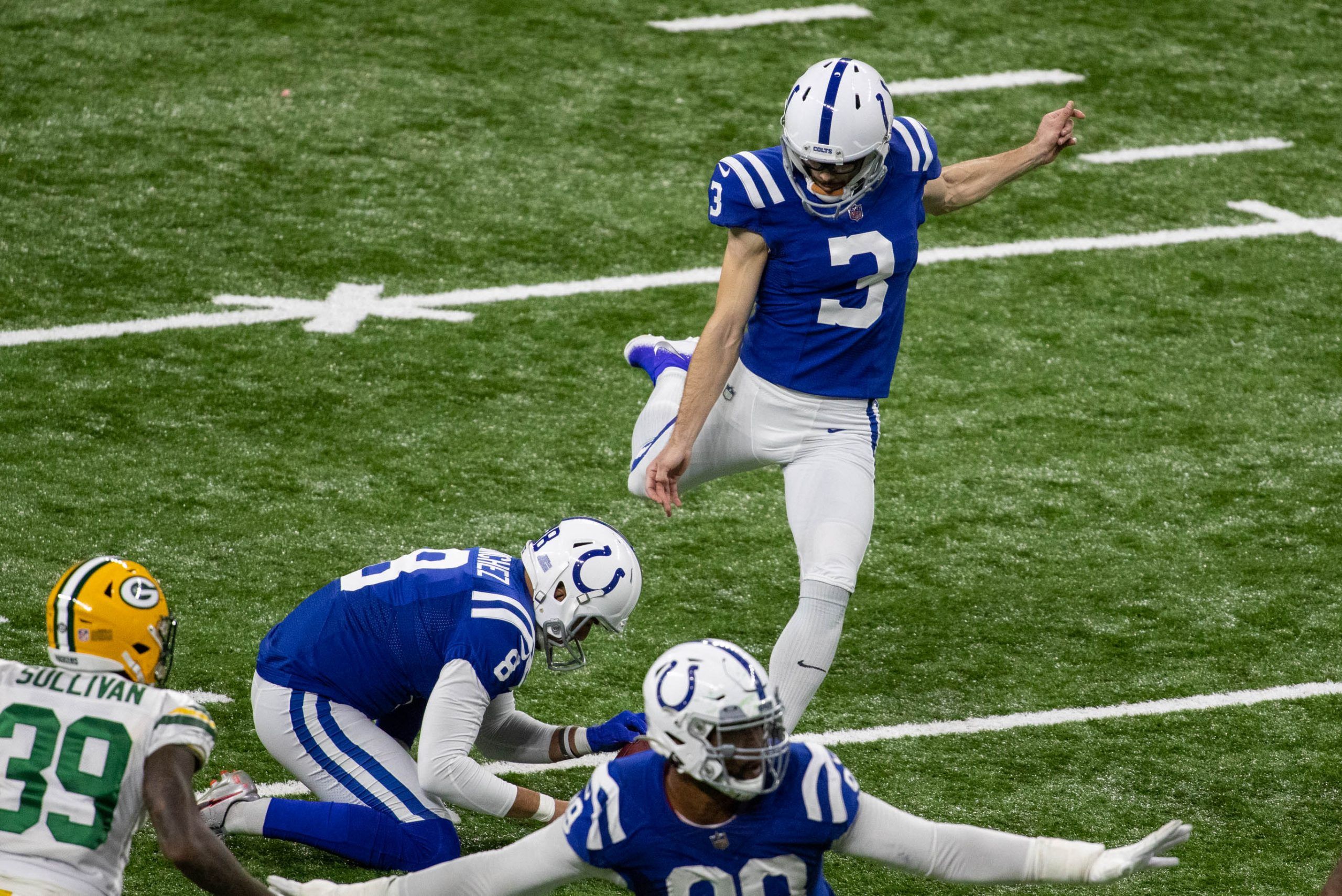 I lived in Italy for three years in college and learned the art of sports betting while I was there. Now I’m back in the States, and I want to share all the knowledge I acquired in one of the sports betting capitals of the world. Bills Mafia!!
Updated: 4:07 AM ET November 23, 2020

In one of the most important games of Week 11, the Indianapolis Colts came back from 14 points down at halftime to stun the Green Bay Packers 34-31 in overtime. The Colts kept even with division rival Tennessee atop the AFC South after the Titans also won in overtime earlier in the day.

Colts-Packers looked like it would be a blowout for the visitors early on. Aaron Rodgers threw for three touchdowns in the first half and the teams headed to the locker room with the Packers up 28-14. Green Bay’s offense was completely shut down for almost the entire second half as the Colts cut the deficit to three by the end of the third quarter before taking the lead in the fourth with two field goals.

Poor clock management on both sides

The Packers had their chances to get back into the game, inexplicably going for it on 4th-and-1 while already in field-goal range with just over three minutes left. Instead of kicking to tie the game, Rodgers dumped a pass over the head of Jamaal Williams to give the ball back to Indianapolis. The Colts drove down the field and the game seemed over when they got the ball to the Packers’ 23 with very little time remaining.

However, Indianapolis tried its best to get Green Bay back in the game with two penalties — its fourth and fifth of that drive alone — and two incomplete passes at a time when it should have been running the clock out. Out of field-goal range, the Colts ended up punting to Green Bay. The Packers quickly advanced into Indy territory on a 47-yard pass to Marquez Valdes-Scantling, but some questionable time management of their own (twice spiking the ball on first down) gave them just two downs inside the red zone to go for the win before eventually kicking the game-tying field goal to force overtime.

This ridiculous throw by Rodgers is what set up a game-tying FG by Crosby. Colts Vs. Packers is headed to OT! 👀pic.twitter.com/n0sPkq9bUS

Overtime was quick but nonetheless eventful and exciting. Valdes-Scantling fumbled on the Packers’ second offensive play and the Colts jumped on it, making it a sudden-death game and giving the home team the ball on the Green Bay 29. Indianapolis advanced eight yards on the three running plays that followed before Rodrigo Blankenship sent the fans home happy with a 39-yard field goal.

The Packers’ loss means that New Orleans, at 8-2, is all alone in first place in the NFC. Even without Drew Brees for the foreseeable future, the Saints will certainly look to win out the rest of the way to secure the bye into the divisional round and home-field advantage. Green Bay still holds a comfortable lead in the NFC North, up two games on the Bears, whom Rodgers and company still play twice. Their schedule is manageable the rest of the way, but if they end up a game out of first place in the conference, they’ll certainly look back to today’s game and the chances they blew to take home a victory from Indianapolis.