HomeAnalysisNFL AnalysisNFL Week 12 Reaction: Hard to win in this league without a QB

NFL Week 12 Reaction: Hard to win in this league without a QB 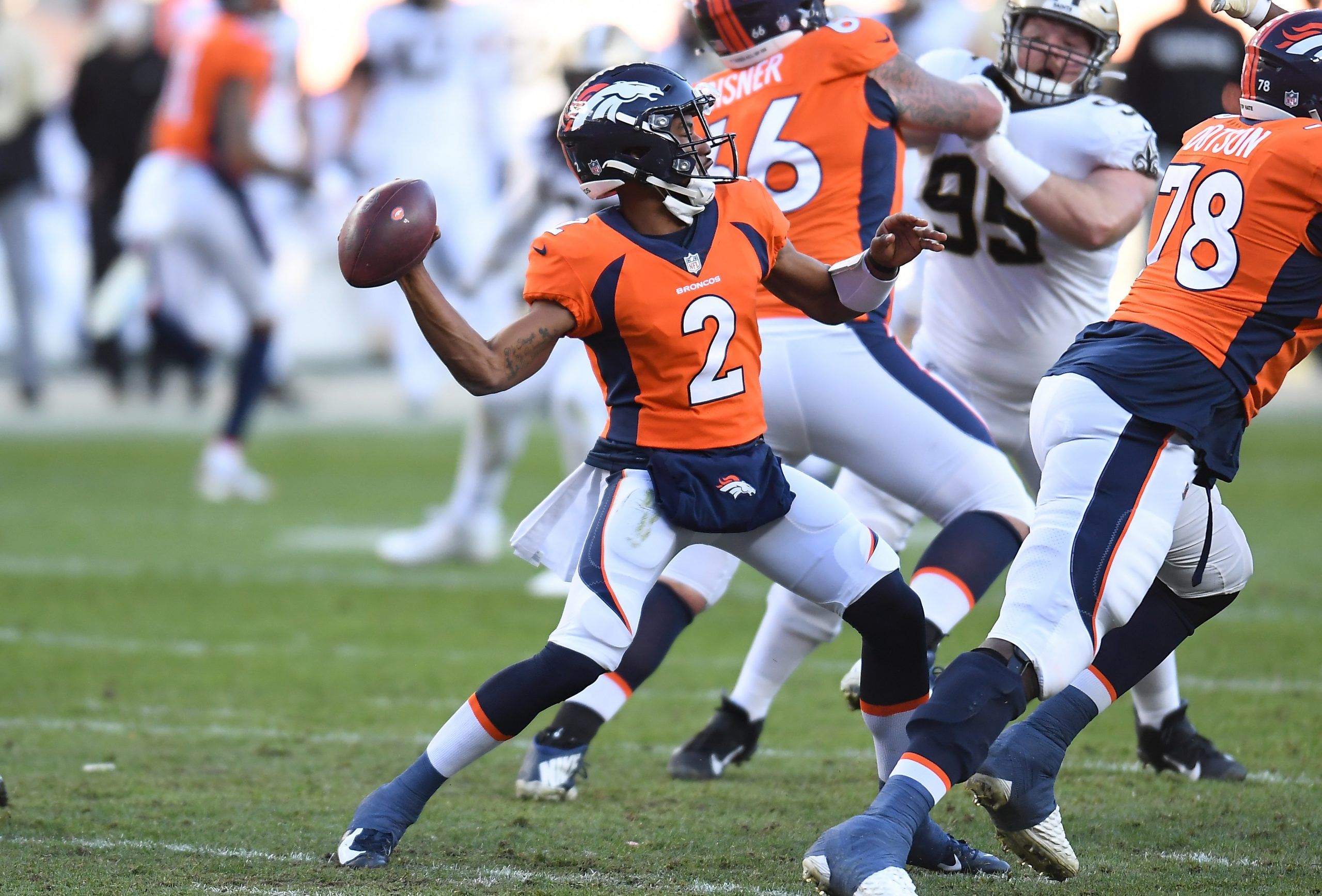 The news came out late on Saturday that the Denver Broncos would be forced to play Sunday’s game against the NFC-leading New Orleans Saints without a quarterback. Jeff Driskel, one of the Broncos’ backups, tested positive for coronavirus, and all their remaining quarterbacks were deemed close contacts and forced to miss Sunday’s game.

Commissioner Roger Goodell declined the team’s request to postpone the game until one of their quarterbacks was approved to play by league standards, forcing the Broncos to start practice squad receiver Kendall Hinton, a former college quarterback, under center. A Denver victory would have been one of the most improbable stories of the year, but reality set in instead and the Saints won 31-3 without breaking a sweat. So what did we learn?

Hinton’s numbers in college, while far from great, weren’t embarrassing. That said, he transitioned to be a full-time receiver prior to his senior year and hadn’t taken regular snaps at quarterback in three years. Without a week to practice with the first team, or even learn the playbook, the entire Denver offense looked out of place on Sunday as they completed just one pass in the entire game.

Hinton’s two interceptions made the Broncos the first team in 22 years to finish a game with more picks than completed passes. It’s hardly a surprise given the circumstances, but they at the very least could have run the ball as well as their opponents did to keep themselves in the game. New Orleans ran 44 rushing plays, including all four of their touchdowns, compared to just 16 pass attempts from Taysom Hill for under 100 yards.

Playoff implications for New Orleans and the NFC

Just because this was an ugly football game doesn’t mean it wasn’t an important one. This win will count for the Saints as much as any other, and their 9-2 record keeps them at the top of the NFC through the end of the week. Drew Brees will continue to watch from the sidelines for the next couple of weeks, but with the Falcons and Eagles coming up, New Orleans is still in a good position to run away with the top spot and, unless the league expands to 16 teams, the only playoff bye in the conference.