NFL Week 13 reaction: The Giants' defense is the real deal 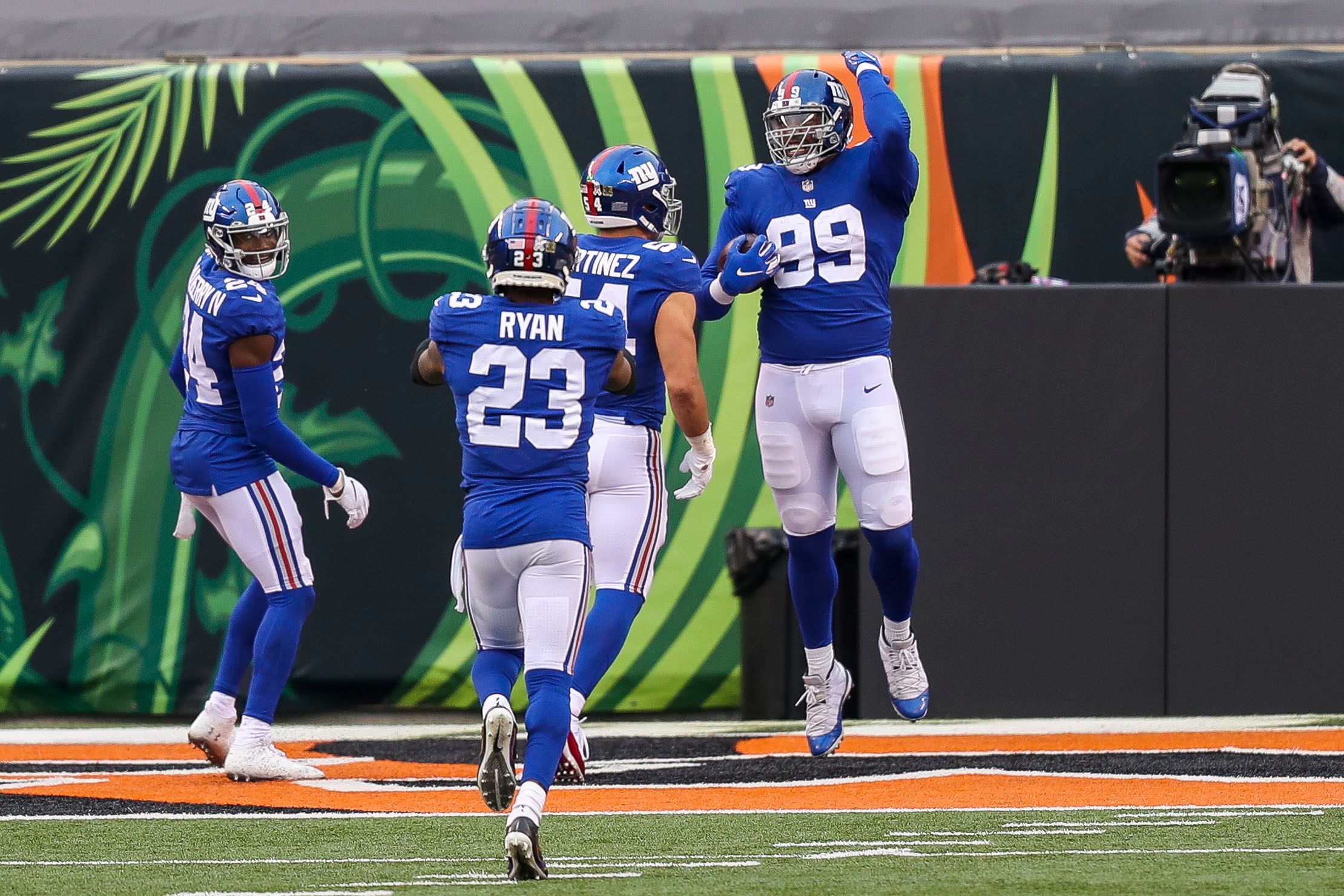 The old saying goes that offense scores points, but defense wins championships. While the New York Giants are still far from thinking about the title, they certainly shouldn’t be completely counted out come January.

The Giants beat the Seahawks 17-12 on Sunday, improving to 5-7 and taking control of the NFC East after the Eagles lost to Green Bay. One more win could be enough for the Giants to clinch the division, and two more (they have home games remaining against the Cardinals and Cowboys) will almost certainly seal the deal.

It’s no secret that Russell Wilson is one of the best quarterbacks in the league, and he’ll definitely be in the MVP conversation for yet another year. But the Giants had their way with Wilson, sacking him five times and forcing two turnovers (and another two on downs). With Daniel Jones out and backup Colt McCoy starting for New York, the game-plan was always to step it up on defense and win a tight, low-scoring contest…. And that’s exactly what they did.

Giants lead 17-5 over the #Seahawks pic.twitter.com/Wt105khFcY

McCoy and the offense failed to score in the first half, heading into the locker room down 5-0 in what looked more like a Mariners-Yankees score than one of a football game. But after punting on their first drive of the second half, they scored on their next two and added a field goal in the fourth–and that was all they needed as their shutdown defense took over late, stopping Seattle on downs with less than a minute to go to ice the game.

Football fans have considered the NFC East winner to be an ideal playoff matchup for whatever team is lucky enough to finish as the fifth seed. But this Giants defense looks like the real deal. They have won four straight games–not allowing more than 20 points in any of them–and don’t look like they’re slowing down any time soon. So how far can they go? Their first-round playoff opponent could very well be the same Seahawks team that couldn’t do much offensively on Sunday, and while it’s a stretch to think this far, don’t forget that the 2011 Giants finished just 9-7 before going on to win the whole thing.

The Seahawks’ loss and the Rams’ win puts the two teams in a tie for the NFC West lead at 8-4. The Rams hold the tiebreaker at the moment with a head-to-head win in Week 10, but the good news for Seattle is that its next two games come against the Jets and Washington, which it will use to build confidence for a crucial rematch against Los Angeles in Week 16. The West is sure to come down to the wire either way, which was already expected at the start of the season to be the most exciting division in the league.