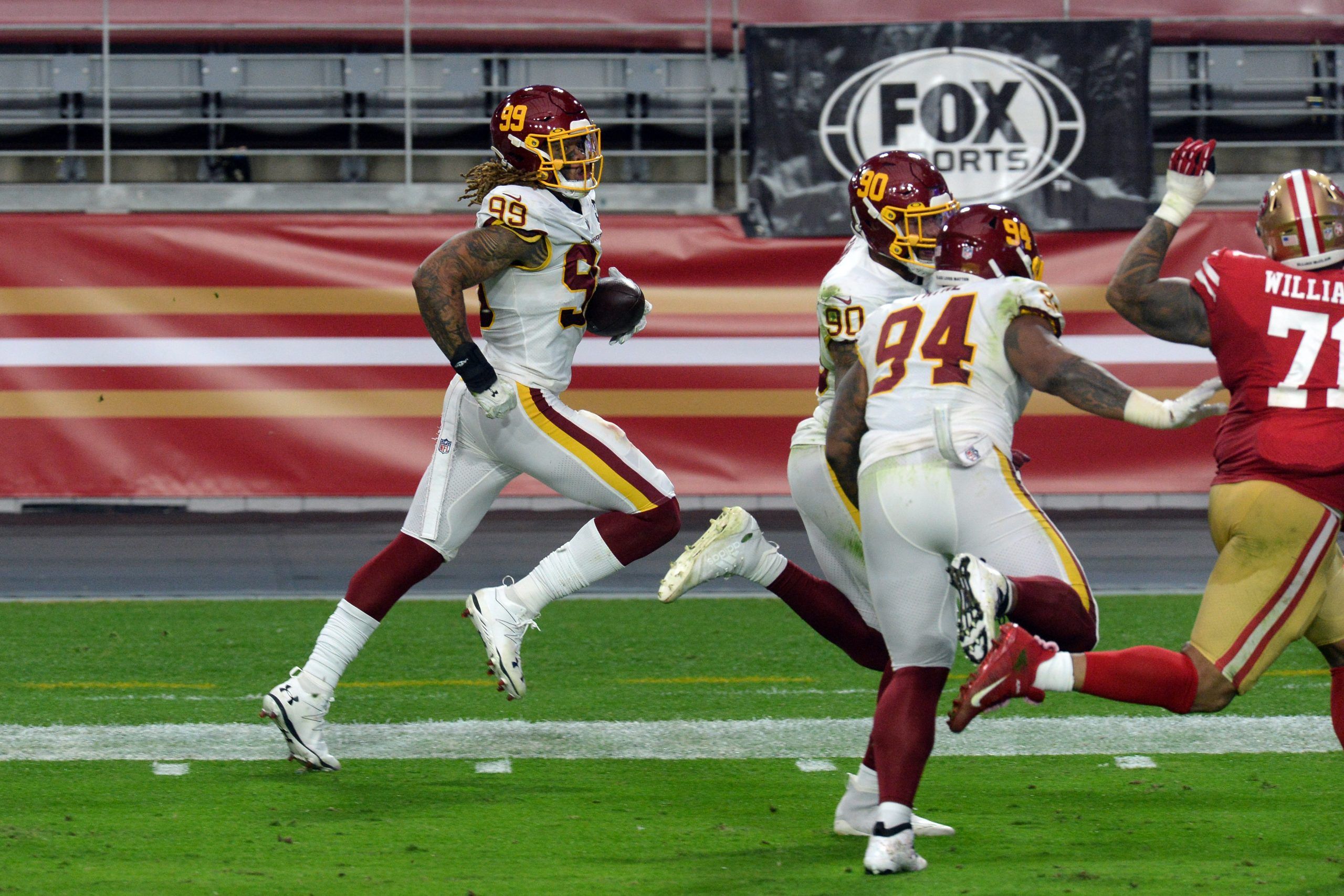 The NFC East made a push to catch up with the rest of the league in Week 14, as three of its four teams won to keep the standings tight. The Football Team now claim sole possession of first place following their 23-15 win over San Francisco.

The Football Team have now won four games in a row and are within one game of .500 at 6-7. They have proven themselves as yet another team in the NFC with a playoff-worthy defense. Led by second overall draft pick Chase Young, who scored one of Washington’s two defensive touchdowns on Sunday with a 47-yard fumble return, the defense has not allowed more than 17 points in any of the past four games.

They’re still having trouble moving the ball down the field, though. Alex Smith and Dwayne Haskins combined for just 108 passing yards on 31 attempts. The Panthers and Eagles still remain on their schedule, so there’s still a chance they can get back to .500 heading into the playoffs. If they do win the division, this offense is going nowhere in the playoffs–and their defense will need to maintain its tremendous level (or even take another step) if they want to advance even one round.

But the division isn’t sealed yet, and might not be until the last week of the season. A Giants loss gave Washington sole possession of first place, but the Cowboys and Eagles both won to keep the pressure on. Dallas secured an expected victory against a last-place Bengals team, and the Eagles shocked the football world by taking down the Saints in Jalen Hurts’ first career start. Hurts has a friendly schedule coming up, finishing with Arizona, Dallas, and Washington. The Eagles, much like the rest of the division, head into Week 15 with a win-and-we’re-in mentality.

CHASE YOUNG IS A MONSTER! 👹

Washington +3 is looking good so far! 👀

The Saints’ loss did more than keep the East tight; it also shook up the whole conference. New Orleans gave up the top spot to Green Bay after the Packers beat the Lions by a touchdown. This year, with seven teams from each conference in the playoffs, only one receives a bye–and Green Bay now holds the top spot and controls its own destiny with three weeks to go in the season.