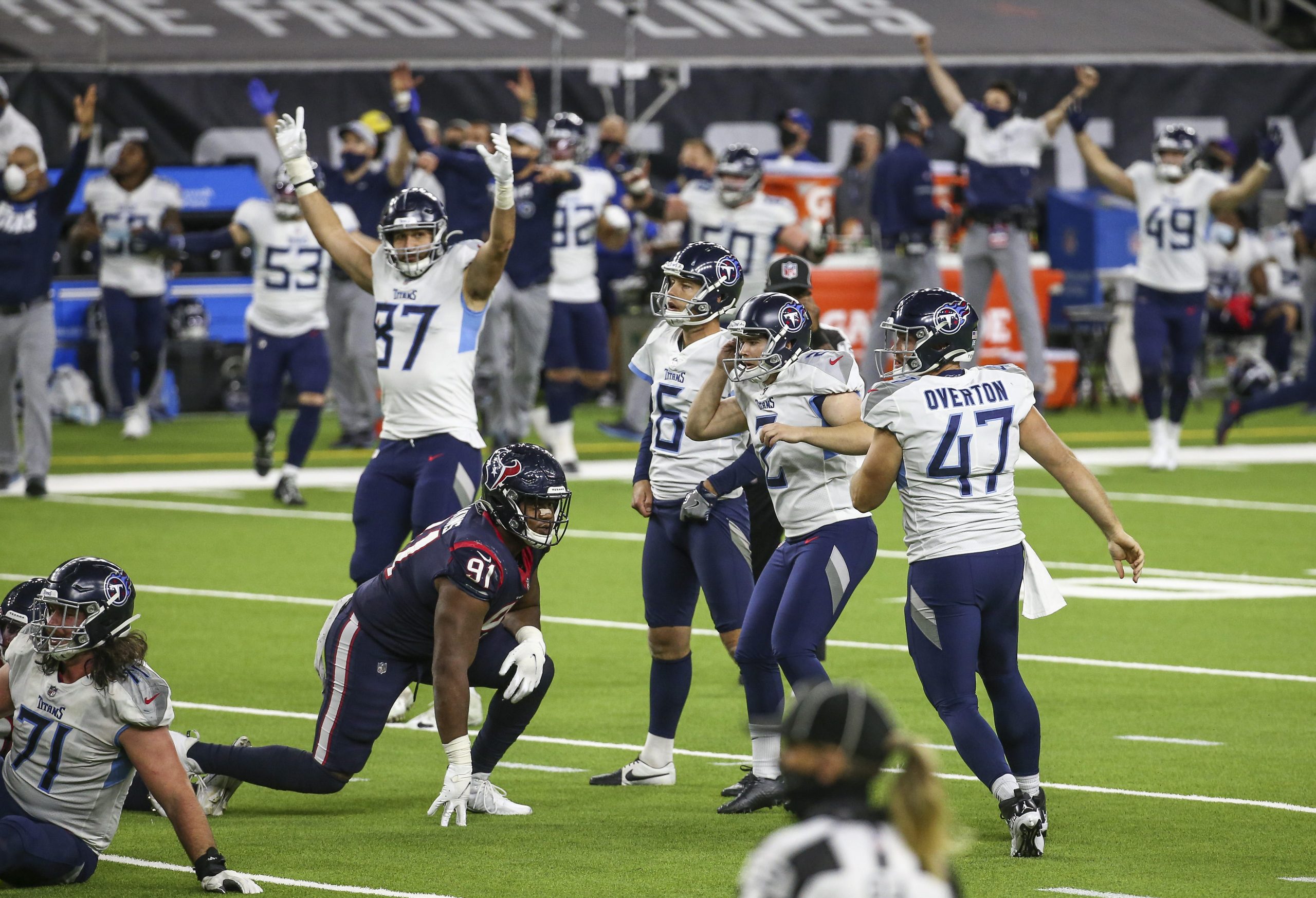 The AFC postseason bracket is set, and while there weren’t any surprises in terms of results, that didn’t make the final day of the season any less wild. The Tennessee Titans clinched the South, beating the Texans as time expired, while the Miami Dolphins, the lone loser of the contending teams, were sent home altogether.

Divisional drama in the South

Although the teams in the South played later in the day, we’ll cover them first, since that was the only division up for grabs. Indianapolis needed a win and a Tennessee loss to overtake their rivals. The Colts had no problem defeating the Jacksonville Jaguars, who had already locked in the first overall pick in next year’s draft. While Jacksonville looked to make the game somewhat interesting midway through the second half, they couldn’t sustain any momentum and Indianapolis clinched a playoff spot by winning 28-14.

Indianapolis requested before the game to turn off the out-of-town scoreboard in Lucas Oil Stadium, so they weren’t aware of the drama unfolding at the same time in Houston. The Titans led by as much as 16 in the third quarter before giving up 20 straight points to the Texans. They finally got the lead back with under two minutes to go, giving Deshaun Watson the ball and an opportunity for a game-tying field goal to close out an otherwise disappointing season for Houston.

Watson did exactly that, and his team secured the field goal with just 18 seconds left, seemingly taking the game into overtime. But Ryan Tannehill connected with A.J. Brown for 52 yards on the very next play, putting the Titans in field goal range as the clock hit single digits. After inexplicably running another play with Derrick Henry, risking both fumble and injury, the Titans sent out rookie backup kicker Sam Sloman for the game winning field goal. In perhaps the most fitting ending to this strange season, the kick bounced off the right upright before falling in, clinching the division for Tennessee and forcing the Colts to make a trip to Buffalo.

THE #TITANS ARE YOUR AFC SOUTH CHAMPIONS 🤑

Sloman with the Victory DOINK pic.twitter.com/eNHamaYcf4

Wins by the Cleveland Browns and Baltimore Ravens forced the Miami Dolphins to miss out on the postseason altogether. Miami exceeded expectations under second-year head coach Brian Flores, finishing out at 10-6, but they’ll have a lot to think about after their 56-26 loss to a Bills team playing mostly second-stringers for the majority of the game.

And so we have our bracket. Next weekend, Buffalo will host Indianapolis, Tennessee will welcome Baltimore, and Pittsburgh will have a rematch with Cleveland in the Browns’ first playoff game in nearly two decades. The top-seeded Kansas City Chiefs are still odds-on favorites to win the conference championship, but they’ll have a tough road no matter who comes through Wild Card Weekend.