People are saying the Houston Texans vs Cleveland Browns game is going to stink. They think they’re meeting at 1:00 pm ET Sunday at FirstEnergy Stadium in Cleveland for nothing. I disagree. The only way you could possibly not want to see this game is if you hate money; that’s the only way. If that is the case, then I get it. I wouldn’t watch either, because cash is just going to be flying all over the place after this same game parlay hits.

Why won’t Nick Chubb go for at least 110 rushing yards Sunday? You would have to think the Browns beat the brakes off of the Texans after what happened last week against Kansas City. It makes sense. Cleveland is a very good football team and has a dominant run game. As always game script will play a role and Chubb is highly likely to get more than the 15 carries he got last week. Think 20+ and you will likely be right. If he does get 20+ carries, then how on Earth will he not get 110+ yards? The Texans just gave up 5 yards a carry to both Carlos Hyde and James Robinson last week! Whenever Houston plays in a negative game script, you are going to see a running back go wild. That should happen this week.

For more on this one, check out our full game preview for Houston Texans vs Cleveland Browns. 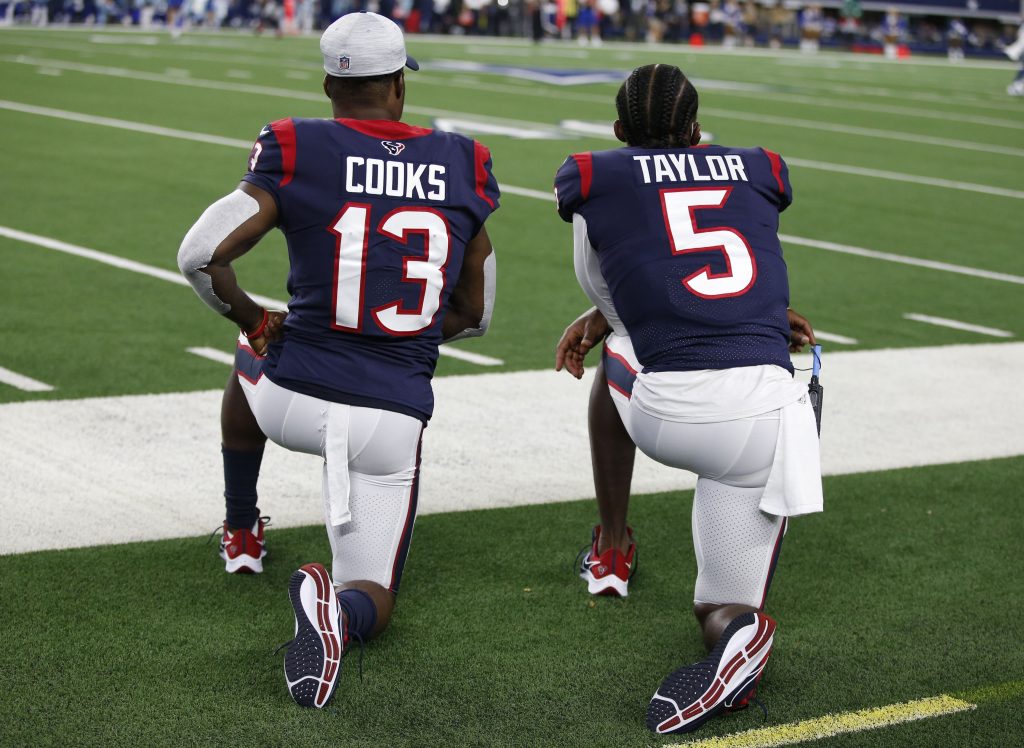 Now just because the Texans are probably going to get waxed doesn’t mean they will go down without a fight. They could even cover…maybe. There’s no way they are going to give up and Tyrod Taylor is good enough to move the offense. Especially with his friend Brandin Cooks running routes. I know it was the Jacksonville Jaguars that Cook just smashed against last week but I don’t think the Browns have anyone that can cover him, either. Cooks is a legit NFL receiver. That’s a scientific fact. Google it. At least 80 yards from him in a game where I think they will be losing the whole time doesn’t feel crazy–especially when he is the only guy Taylor has to throw to and Taylor knows it.