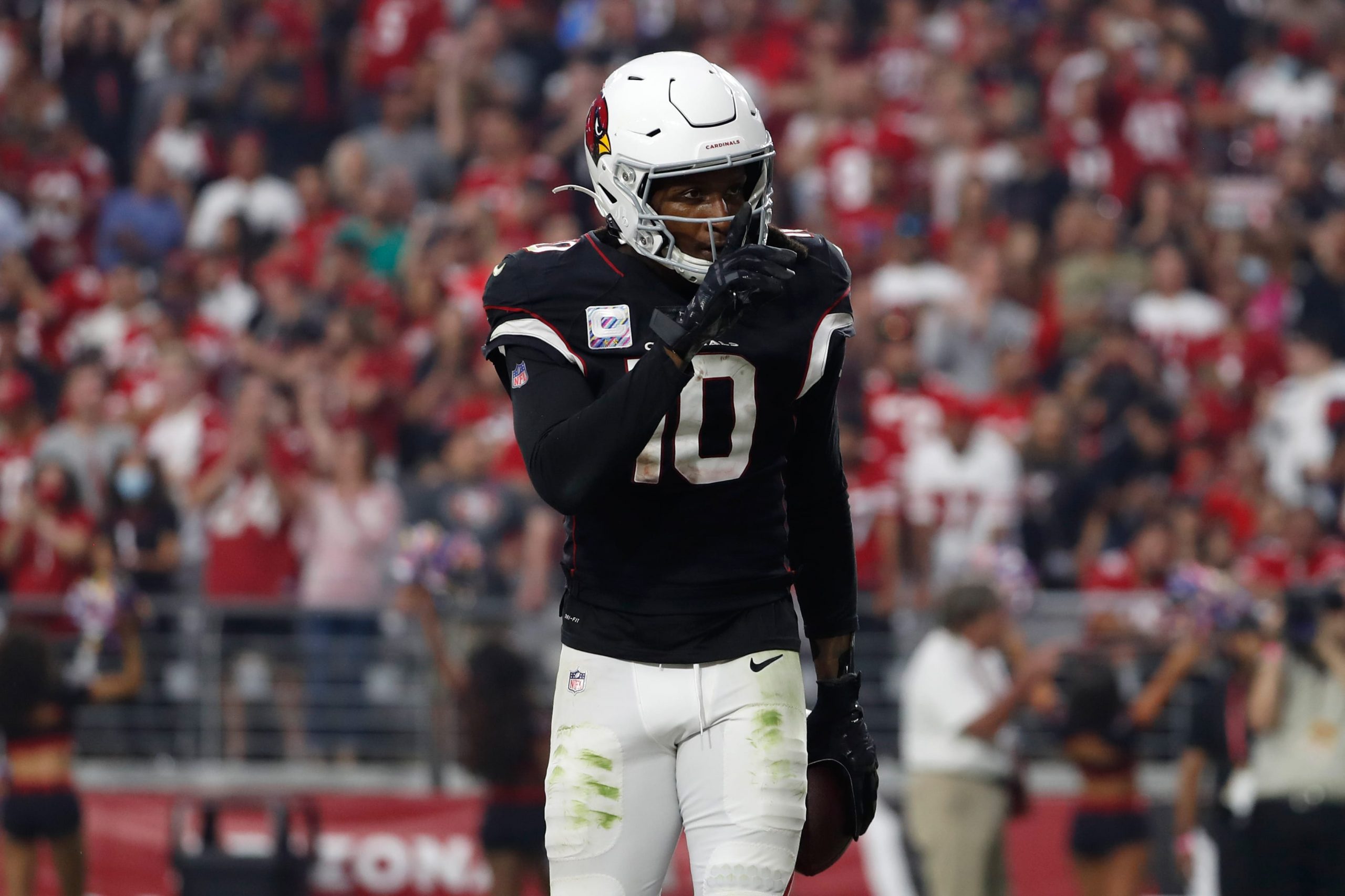 At 4:25pm ET on Sunday afternoon, if you watch CBS you’re going to see the Houston Texans and Arizona Cardinals get it on. I’m a big narrative guy. I love the story behind the story. Why not right? How on earth can we not be wondering what’s going to happen with DeAndre Hopkins? The Houston Texans traded away arguably the best wide receiver in the NFL for David Johnson and now they have to play against him for the first time. This has fun written all over it. I’d say it’s worth a same game parlay.

There is a 0% chance the Cardinals will overlook Hopkins in the red zone Sunday. If they would let me bet him to score 3+ touchdowns I would. But they won’t so we’ll have to stop at 2+ for +500. The first question we need to ask ourselves is how is Hopkins not going to catch at least 2 touchdowns Sunday? Seriously, how? That guy has to hate the Houston Texans organization. They traded him for David Johnson. That’s as disrespectful as it gets. Now he gets to face them at home with Kyler Murray throwing him balls. The Texans have only given up 3 touchdowns to wide receivers this season. That should change Sunday afternoon.

For more on this one, check out our full game preview for Houston Texans vs Arizona Cardinals

Here’s the thing, the Cardinals can’t just throw the ball to Nuk all day. At some point they are going to take to the ground and run this thing out. No need to beat a dead Texan. That’s when our guy James Conner takes over. The best part about this is the fact that we may not even need garbage time for this one. Conner could easily run for 50 yards in the first half. Only 2 teams in the NFL have given up more rushing yards to running backs this season than Houston. Only 3 teams have a worse run defense (DVOA) according to Football Outsiders. We’re talking Football Outsiders here. They’re at least 10x smarter than me and you when it comes to the nuts and bolts of this stuff. The point is, we have 2 ways to get home on this one and I think it happens.