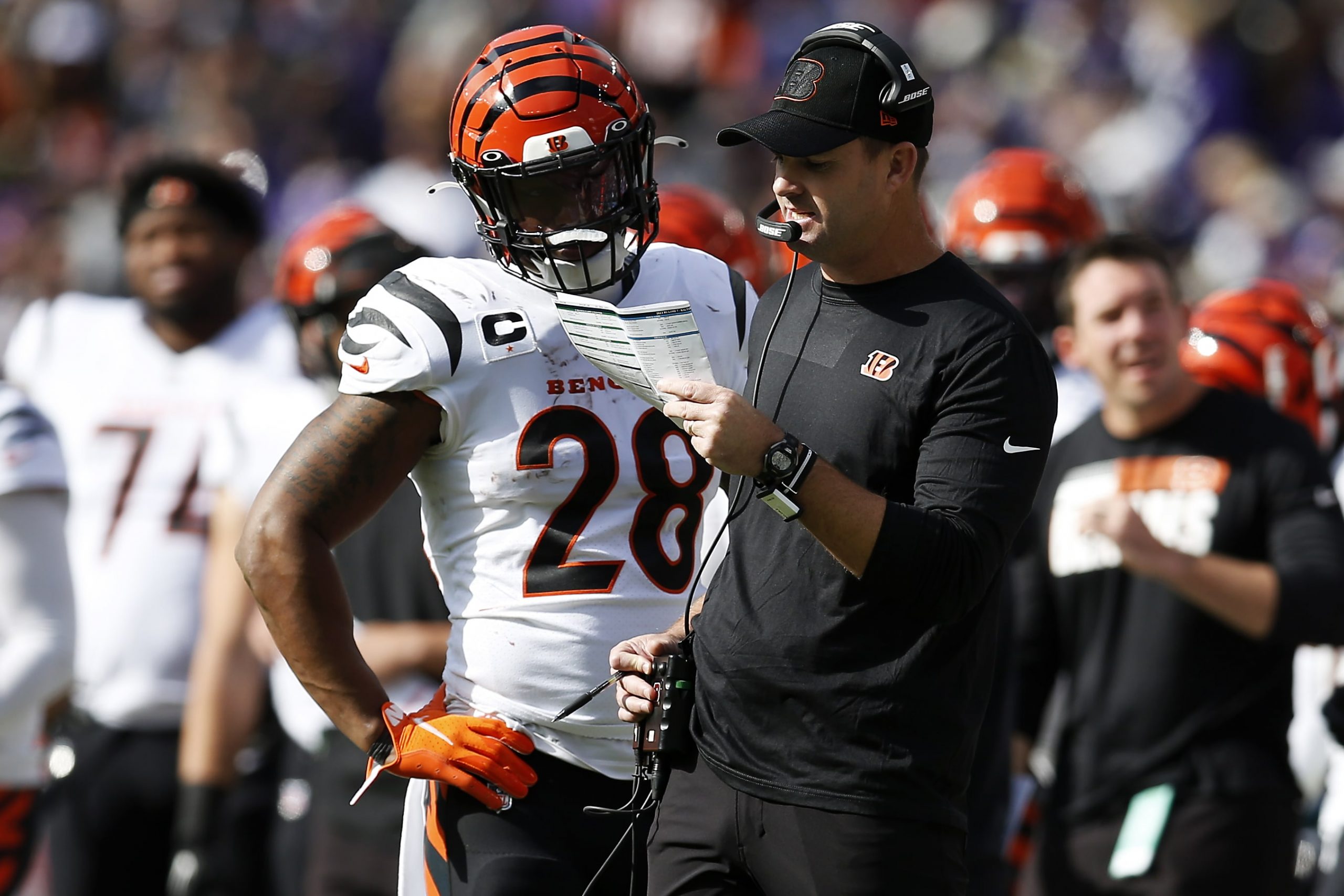 I was watching college football and following the Julius Randle block situation and it hit me. We need a TD scorer parlay. Like right now. There are 13 NFL games on Sunday which means hundreds of players are going to play. All we have to do is find 3 that are going to score a touchdown. That seems ridiculously easy. After going through everyone, it’s confirmed, putting one of these parlays together is insanely easy. All of these guys have to score Sunday.

The best place to start any TD scorer parlay is with whoever is playing the Jets. That happens to be the Bengals and they just happen to have Joe Mixon. Why do we target the Jets? Because no team in the NFL has given up more touchdowns to the running back position this season. They absolutely stink. Mixon has scored a touchdown in 3 of his last 4 games so there’s that too. We should expect Cincinnati to wax these guys and if they do, Mixon should be a big reason why. He’s a threat anytime the Bengals are close and they should be close a lot on Sunday.

For more on this one, check out our full game preview for Cincinnati Bengals vs New York Jets

I know this isn’t the best price for a guy like Collins but I think it’s still worth it since he’s scoring a touchdown on Sunday. Just like the Jets, the Jacksonville Jaguars stink and they give up touchdowns on the ground. It’s just what they do. On the season only 1 team has given up more rushing touchdowns to running backs. Keep in mind, the Jaguars have only played 6 games while most teams have played 7 already. Collins scored against the Steelers the week before last so he’s up for the challenge. With Geno Smith at quarterback, you would have to expect the Seahawks to be in a running mood Sunday so there’s that too. I think this guy gets into the end zone Sunday.

For more on this one, check out our full game preview for Jacksonville Jaguars vs Seattle Seahawks

The TD scorer parlay would not be complete without a tight end. Hockenson hasn’t scored since Week 1 but that’s not a bad thing. The Eagles will never see this dude coming. Plus the Eagles aren’t great at covering the tight end position. No team has given up more receiving touchdowns to the position so that’s big. On top of that, the Lions have been force-feeding Hockenson lately so it’s only a matter of time. He’s seen 20 targets in the last 2 weeks. At some point 1 of them have to end up in the end zone. I think it happens this week.

For more on this one, check out our full game preview for Philadelphia Eagles vs Detroit Lions