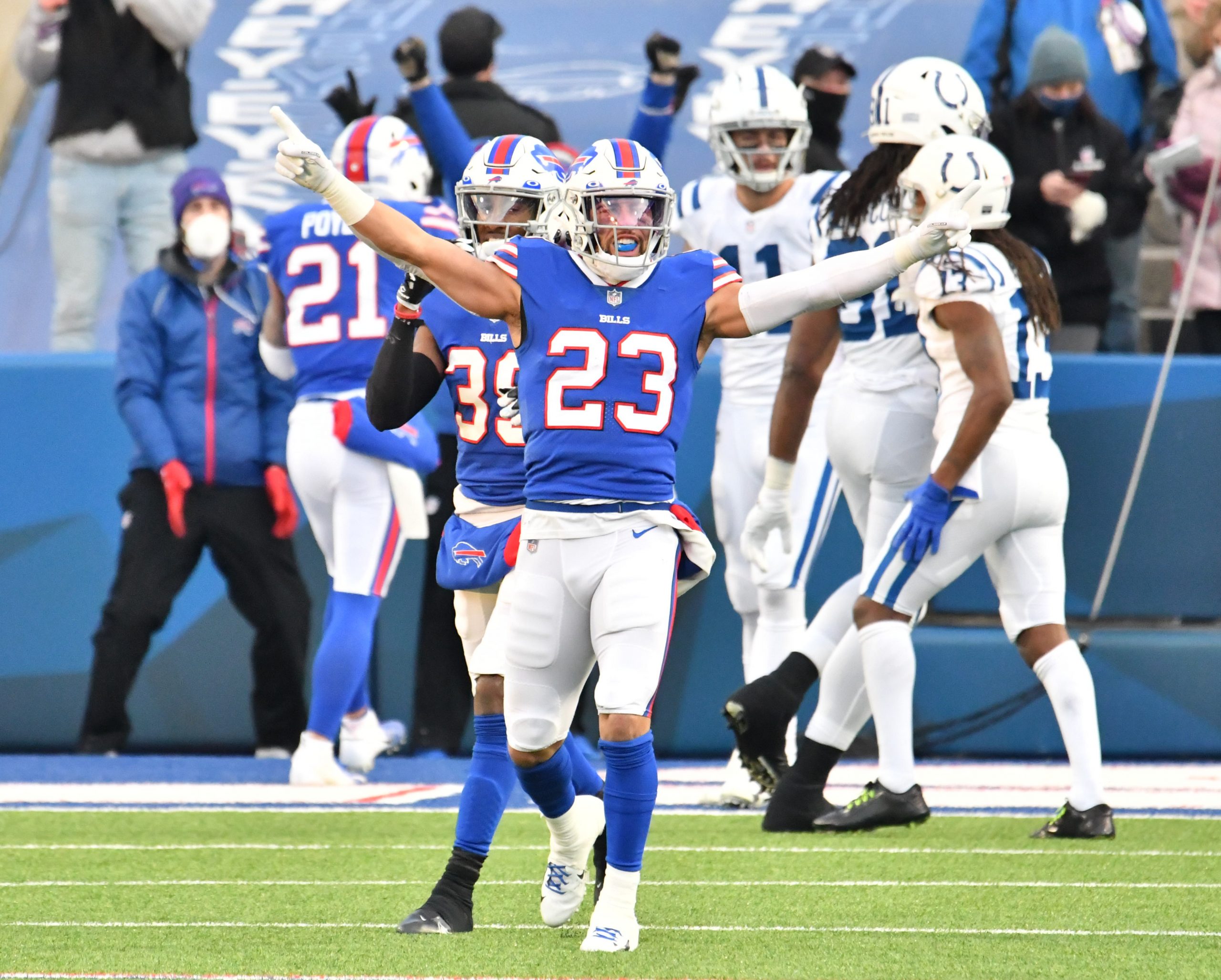 The Buffalo Bills hung on to win their first playoff game in Josh Allen’s lifetime, beating the Indianapolis Colts 27-24 to assure themselves a second home game next weekend. The Colts were given a late second chance on an officiating call that was questionable (to be nice), but Buffalo’s defense shut them down in the final seconds.

Allen was born on May 21, 1996, nearly five months after the Bills’ last playoff win on December 30, 1995, in which Jim Kelly and co. out-dueled Dan Marino and the Dolphins. While the end of today’s game was dramatic, the real turning point came towards the end of the first half, when Indianapolis led by three and had a first and goal on the Bills’ four. After gaining three yards on the next two plays to get to within a yard of the goal line, Jonathan Taylor lost three yards on a carry to set up an easy 22-yard field goal for Rodrigo Blankenship.

But Blankenship never got to attempt it. Instead, head coach Frank Reich opted to go for it, and Philip Rivers threw an incompletion. On the ensuing drive, aided by a fourth-down offside penalty around midfield, the Bills took the ball 96 yards for the score to go up 14-10 at the half, a lead they would never relinquish.

Fast forward to the end of the game. The Bills have added a touchdown and two field goals, and the Colts have scored twice but have seen Blankenship miss a 33-yard field goal off the right upright. Needing only a field goal to tie, Indianapolis got the ball back with 2:30 left in the fourth on their own 14. They converted a 4th-and-1 before three straight incompletions set up the play that everyone will be talking about.

The fumble that wasn’t

On f4th-and-10, Zach Pascal caught a pass for a first down, fell to the ground, and attempted to get up having not been touched. Bills safety Jordan Poyer forced a fumble that Buffalo recovered, but after an unusually long replay review the officiating crew determined (somehow) that Pascal was down by contact, giving Indianapolis a first down – and a lifeline. While they didn’t do much with their final four plays – Rivers’ fourth down Hail Mary attempt was batted down at the two-yard line by Micah Hyde – the fact that the referees, with video assistance, were unable to make the right call in a crucial moment of a playoff game is astounding.

And it must be said that Reich and his offense did a horrible job managing the clock. Even though the Colts had no timeouts, they failed to move the football into field-goal range down by only three with over two minutes to go. In the playoffs, that simply can’t happen.

As for the Bills, they’ll take the win, but know they need to play better next weekend when they host the Ravens, Steelers, or Titans. But this team showed another level today; they weren’t at their best, but they still won their seventh straight game and they’ll only get better from here.