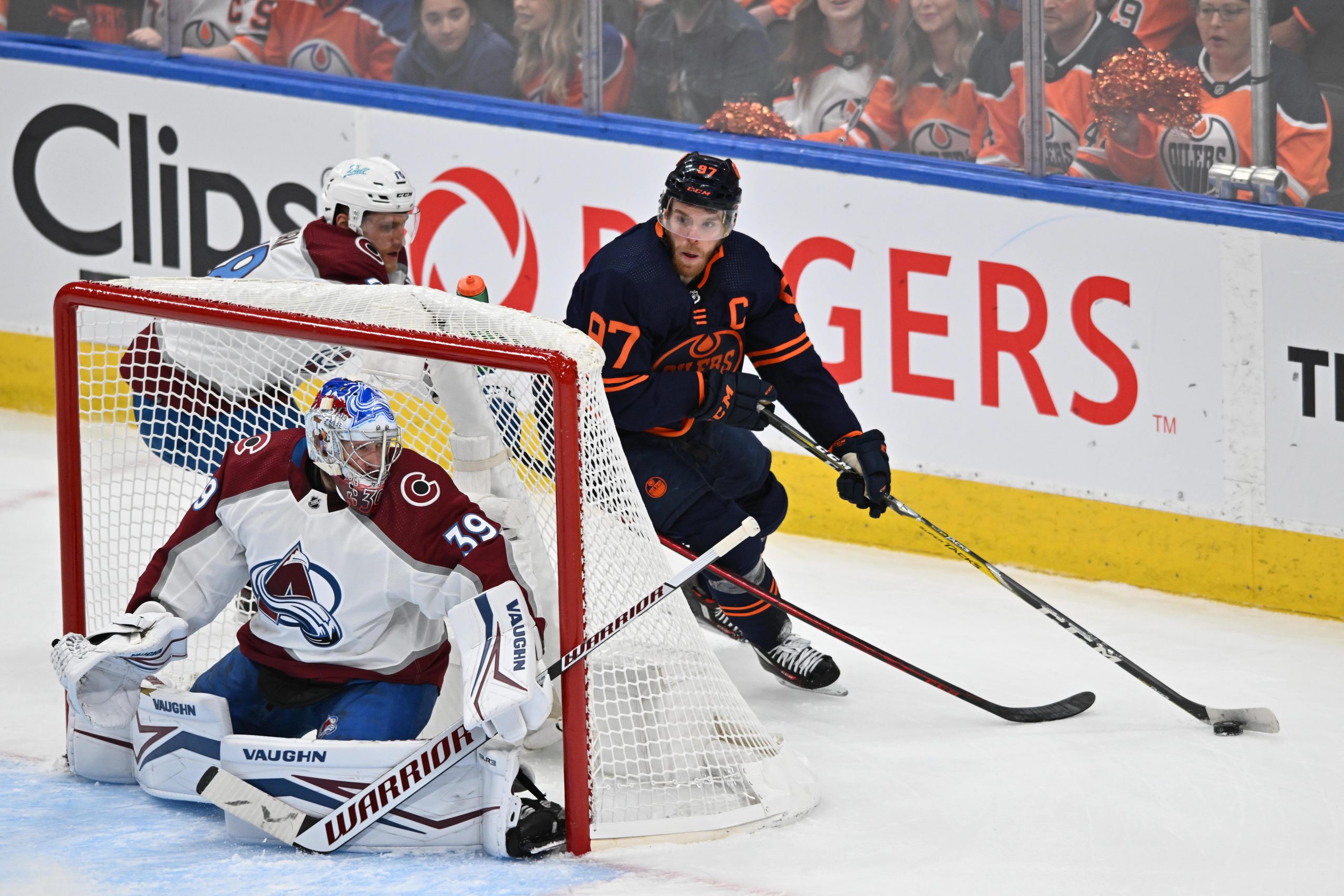 The Western Conference Finals have felt much like the 1st round for the Avalanche. They have an opportunity to get yet another sweep and head to the Stanley Cup Finals for the first time since 2001. On the flip side, the Oilers are fighting just for the chance to extend their season and head back to Colorado. There’s immense talent on the ice in this series, so let’s break down how Game 4 should play out.

Along with this same game parlay, be sure to check out all of our NHL analysis.

If there was ever a time for Connor McDavid to prove that he is worth the title of best player in the world, it’s Monday night. The Oilers have often been ridiculed for having the most talented skater in the league, yet always failing in the postseason. He has a fellow 100-point scorer alongside him in Leon Draisaitl and their backs are against the wall. While Edmonton will have their top duo available, Colorado will be without one of their key skaters.

Nazem Kadri of the Avalanche was ruled out for the remainder of the series almost immediately after Game 3. He may not be the household name of Nathan MacKinnon, but he is a vital piece of Colorado’s success. Kadri held this team together in the regular season through all of the MacKinnon, Mikko Rantanen and Gabriel Landeskog injuries. The former Maple Leaf transitioned his great season into the postseason with 14 points, which the Avs will now be missing.

The Oilers showed they are still fighting, with McDavid’s goal just 38 seconds into Game 3. Colorado also had the luck of a deflection off of Oiler Darnell Nurse into his own goal. Without Evander Kane’s major penalty followed by that unlucky bounce, it could have been Edmonton keeping the early-goal momentum going. We’re not asking them to win the series, but forcing it back to Colorado is more than feasible.

For the Oilers to have any chance against the Avalanche, it’s clear that they are going to need to keep up with their goalscoring rather than focusing on shutting them down. With McDavid and Draisaitl, they are more than capable of doing just that. Edmonton ended the regular season scoring 3.68 goals per game at home, and continued that in these playoffs. Their last series was against the Flames, arguably the best defensive team in the league. The Oilers scored 4 and 5 goals in their 2 home games in that series. It’s not that they can’t get through the Avalanche either. They put up 6 goals in Game 1 of this series, and that was on the road against starting goaltender Darcy Kuemper. McDavid and company are going to need to be firing on all cylinders to keep up with MacKinnon’s crew, who we already know should score 3 or more goals.

Just as the ending game total should be high, these teams should continue to get off to a fast start. Game 1 of this series saw a ridiculous 5 goals in the 1st period before ending with 14 in total. Both teams scored in the 1st period on Saturday night as well. Game 4 should be more of the same, especially with the Avs’ goaltending situation. They have no reason to risk Kuemper’s health, and may very well go with backup Pavel Francouz once again. He’s performed well, but expecting anything but regression against the talent of the Oilers would be naïve. Of course, Colorado has proven it can snipe the puck past Mike Smith to also do its part for this leg of our same game parlay.

Don’t miss out on our best player prop for tonight’s Avs vs Oilers Game 4!