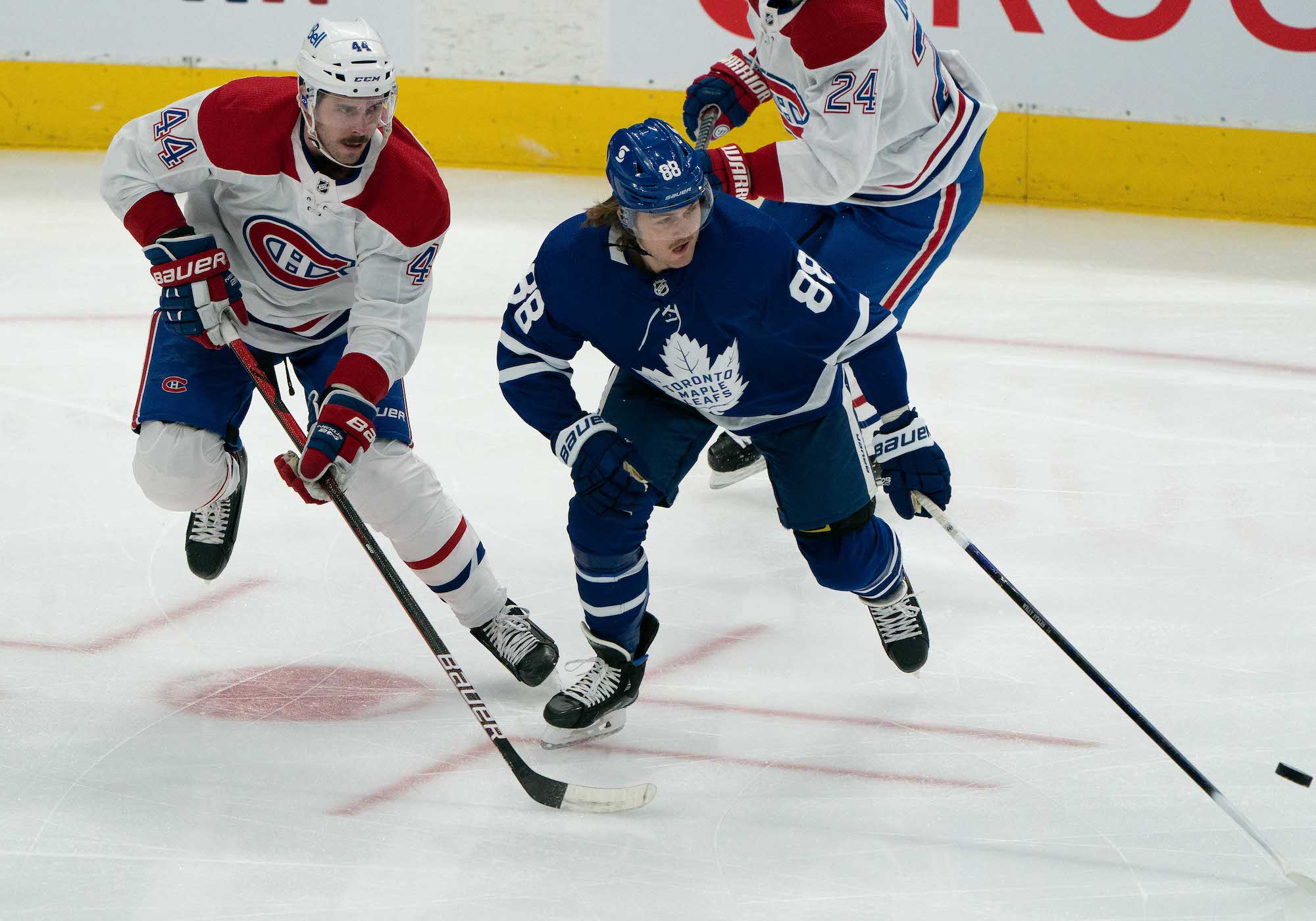 The Toronto Maple Leafs captured their first division title in 21 years by strolling to the North Division crown. Billed as the most competitive division in the league, the Leafs have rarely been troubled and go into a first playoff series against the Montreal Canadiens since 1979 in great form.

Speaking of great form, Connor McDavid will hope he can build on his ridiculous 104-point regular season by steering the Edmonton Oilers through at least the First Round of the playoffs, where the underwhelming Winnipeg Jets await.

Let’s look at how both First Round series could play out.

Toronto fans don’t need reminding how long it has been since they won the Stanley Cup but for everyone else’s benefit, it’s 54 years. You have to go back to 2004 for the last time they won a playoff series! All that should change this year though with Toronto entering the postseason having won nine of their last 11 matches.

They boast the league’s top goalscorer in Auston Matthews with 41, while Mitch Marner, John Tavares, and William Nylander have ably backed up Matthews. Toronto’s offense has been good for a few years and the big improvement has been on defense with the Leafs allowing the sixth-fewest goals and shots in the league. There are a few question marks health-wise heading into the playoffs, while goaltending could be an issue if Jack Campbell struggles.

Despite those minor issues, this is still a big mountain to climb for the Habs, who lost seven of 10 meetings against Toronto in the regular season. One thing Montreal does have on their side is history, having won eight of their 15 meetings with the Maple Leafs, including a sweep the last time the two Original Six franchises met in 1979. The other positive is they should have Carey Price back in goal and he’s been excellent in the playoffs the last four years. They’ll need Price in top form because he’ll be playing behind a defense that conceded 168 goals, second-worst in the playoffs. Those troubles at the back coupled with Toronto’s firepower are a bad combination. 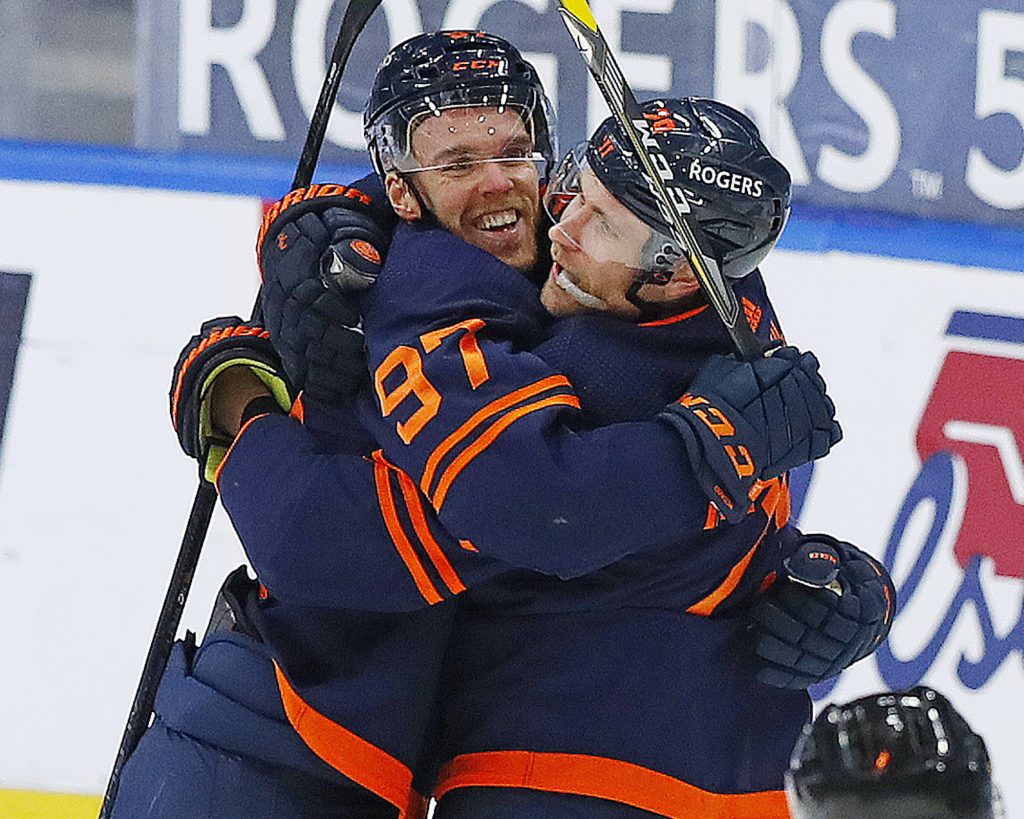 May 8, 2021; Edmonton, Alberta, CAN; Edmonton Oilers forward Connor McDavid (97) celebrates his 100th point of the season on a goal by forward Leon Draisaitl (29) against the Vancouver Canucks at Rogers Place. Mandatory Credit: Perry Nelson-USA TODAY Sports

It’s not often you see the top two points in the league on the same team but in McDavid and Leon Draisaitl, the Oilers have a pair of forwards everyone should fear. Certainly, the Jets have come to fear them with Edmonton winning the last six games to take the regular-season series 8-3, McDavid racking up 22 points. The Hart Trophy favorite is under plenty of pressure to carry this team to its first playoff series win in five years, but the Oilers aren’t just a one-man team, despite lacking significant depth. Edmonton is getting more help in goal this year with Mike Smith enjoying a revival, outperforming Winnipeg Connor Hellebuyck in several metrics.

That’s a major worry for the Jets given how this team lives or dies on the form of Hellebuyck, who has struggled against Edmonton, registering a .877 save percentage in seven games. That’s bad news for a side that can’t rely on their other supposed strength, their offense. The Jets have scored 22 goals in their last 11 games and are desperately hoping Nikolaj Ehlers gets back fit for Game 1 to give them a fighting chance. Hellebuyck might steal the Jets one game but Edomoton’s class should shine through in the end.

Don’t forget to also check out our picks and predictions for who wins the NHL Playoffs series in the East Division, Central Division, and the West Division!