Is Patrick Mahomes still the best quarterback in the NFL? 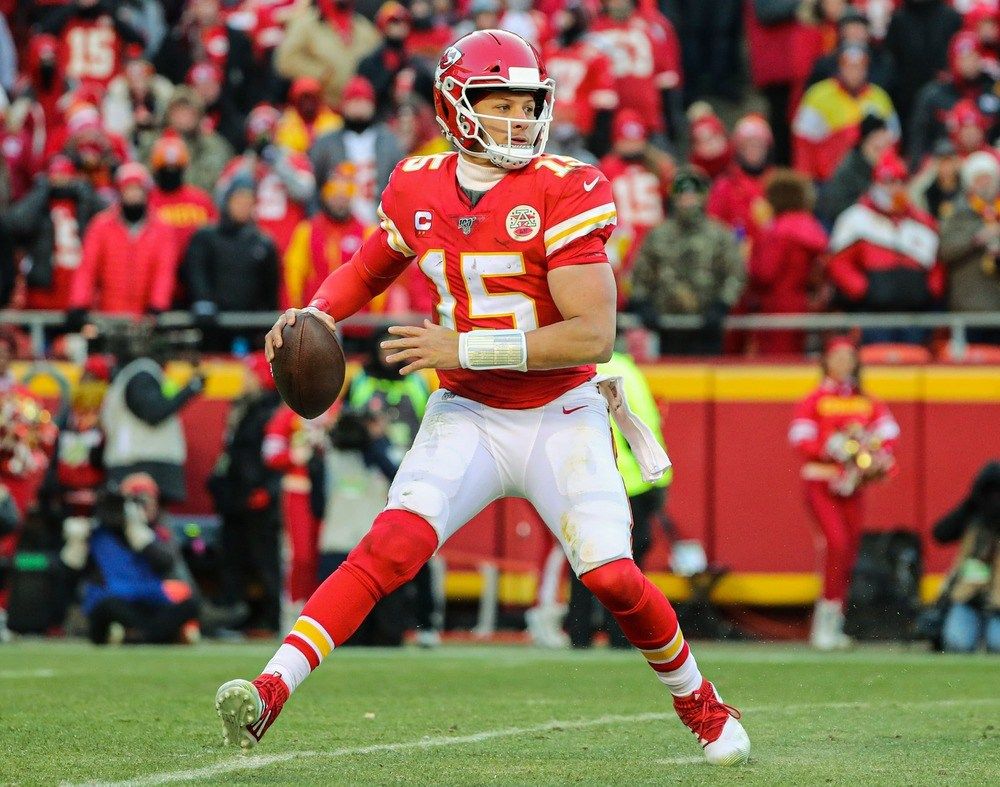 In his second year in the league and first in which he actually saw meaningful action, Kansas City Chiefs quarterback Patrick Mahomes rolled to the NFL MVP award. His 2018 numbers were as follows: 5,097 passing yards, 50 touchdowns compared to 12 interceptions, a 66.0 completion percentage, plus 272 rushing yards and two more scores on the ground.

Mahomes was the best quarterback in the business, and it wasn’t even close.

However, there will be no MVP award forthcoming this time around. That distinction will go to Ravens signal-caller Lamar Jackson later this week. But that does not necessarily mean Mahomes is no longer No. 1 in public opinion. The case can be made—easily, in fact—that there is still no one better. It is true the 24-year-old’s numbers were down in 2019: 4,031 passing yards and 26 touchdowns, to be exact. But keep in mind he missed two games with a dislocated kneecap, thus playing in 14 (really 13 and a half) instead of 16. Although Mahomes’ touchdowns were cut in half, so were his interceptions (five). And he once again completed right around 66 percent of his attempts (65.9). Moreover, the former Texas Tech standout led the Chiefs to a second consecutive 12-4 record.

“You knew he was going to be great,” head coach Andy Reid said earlier this week in advance of Super Bowl LIV against the San Francisco 49ers (check out our free expert picks). “(General manager) Brett Veach said it; he said (coming out of college) he’s the greatest player he’d ever seen. That’s quite a tribute to the kid. Now that I’ve been around him, and you’ve watched him play, he’s pretty doggone good.”

By Mahomes’ lofty standards, “pretty doggone good” may have been an accurate description of his regular-season performance. But he has reached new heights in these playoffs, pacing the Chiefs to comeback victories over Houston and Tennessee. Through two outings, the Tyler, Tex. native has thrown for 615 yards and eight touchdowns without getting picked off a single time. He has also rushed for 106 yards and one TD.

Time and time again Mahomes has come up especially big in pressure situations, consistently making his trademark on-the-run, across-his-body throws when his team needed them most. Perhaps even more impressive has been his handling of adversity. Mahomes laughed in the face of a 24-0 divisional-round deficit against the Texans and certainly did not panic when the Titans built a 17-7 advantage in the AFC Championship. That second comeback was highlighted by an unbelievable 27-yard touchdown run just prior to halftime that put Kansas City ahead.

“That was a pretty fun memory when he broke three or four tackles and got in the endzone and showed something we hadn’t seen out of him yet,” tight end Travis Kelce praised. “I was thinking, ‘Go down, get out of bounds, it’s a two-minute drill, get out of bounds!’ At least in my mind that’s what I was thinking he was going to do. But then he surprises everybody, cuts it back and breaks a few tackles and finds his way into the endzone.

“That’s Patrick Mahomes at his finest right there.”

And that’s something almost no one else in this league can do.