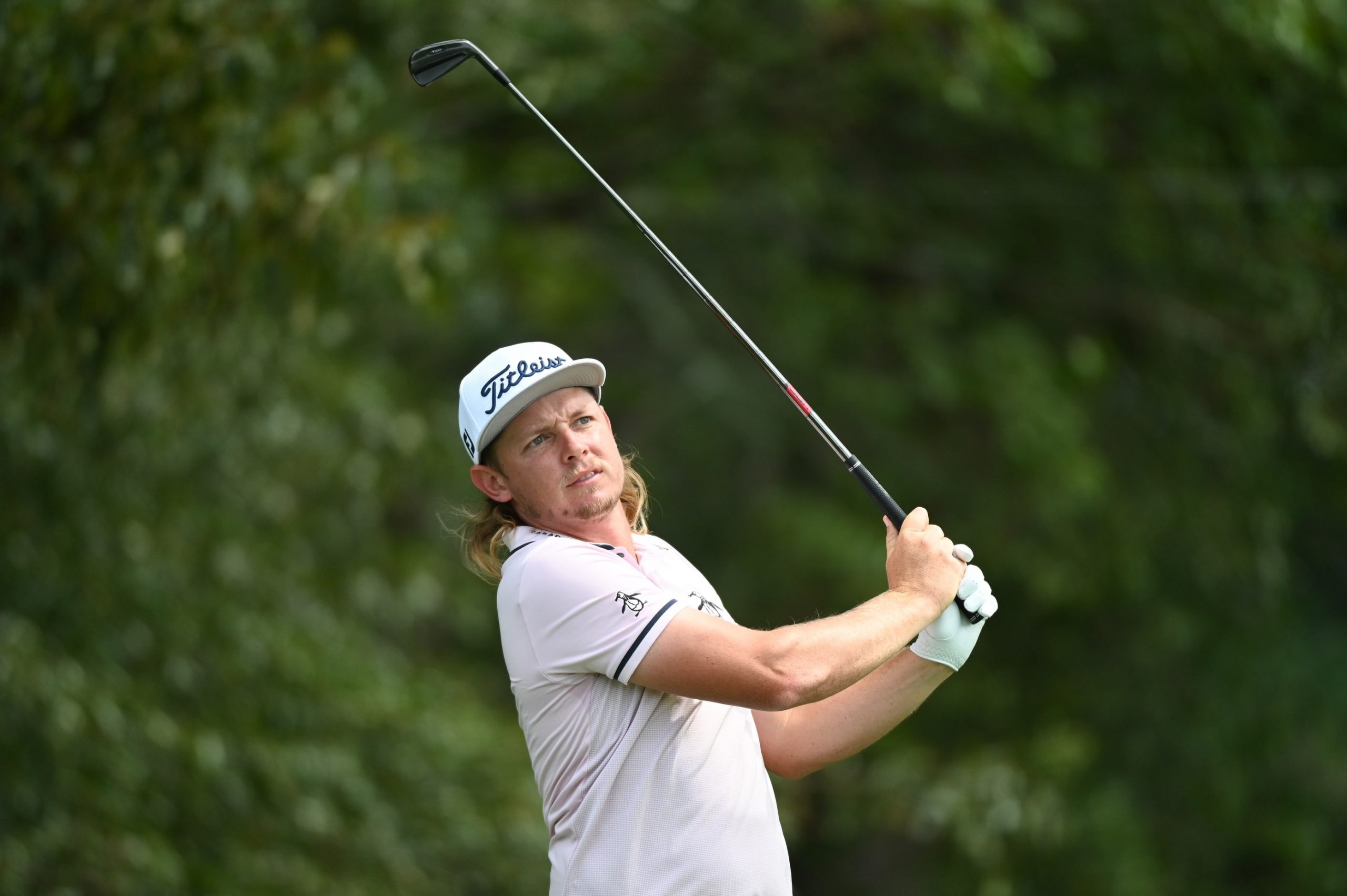 Rory McIlroy, Jordan Spieth and Tiger Woods will play together in an all-star three-ball group for the first two rounds of the PGA Championship. The multiple major-winning trio will begin their first round at 9:11 am ET on Thursday.

Southern Hills, the Oklahoma venue which hosts the 2022 PGA this week, is now a relatively exposed layout following a 2019 renovation. With winds set to whip around the property on Thursday afternoon and Friday morning, there may well be a draw bias which favors the early-late brigade.

The McIlroy-Spieth-Woods three-ball stands to benefit, but not the group containing Masters winner Scottie Scheffler – the world No. 1 — does not. Scheffler will tee off at 2:36 pm ET alongside the world’s next two top-ranked players, Jon Rahm and Collin Morikawa.

Here are two of the best first-round leader bets to be made.

Cameron Smith should be a popular pick to win the PGA and the Aussie also appeals as a first-round leader play at Southern Hills, having been handed a favorable tee time (9:00 am ET). Smith provided one of the moments of the 2021-22 PGA Tour season when he claimed the Players Championship in March, and he looks made for Southern Hills — where his accurate iron play and sharp scrambling skills are likely to prove valuable assets.

Only Patrick Cantlay and Joaquin Niemann boast a lower first-round scoring average than Smith on the PGA Tour this year and the 28-year-old was second to Sungjae Im after the opening round of the Masters — only failing to top the first-round leaderboard because of a double-bogey on the 18th.

Smith, full of confidence having also won the Tournament of Champions at the beginning of 2022, has fired seven opening rounds of 69 or better in nine events this season and this dogged performer — who tends to save his best for the big events — should make another strong start in Oklahoma.

Those wanting two first-round leader bets should look no further than Cameron Young, the impressive 25-year-old who has enjoyed back-to-back PGA Tour top-three finishes at the Heritage and the Wells Fargo Championship in his two most recent starts.

Young fired a wonderful 63 to hold the first-round lead at the Heritage, and — while it may be asking too much for him to contend in a major championship at this stage in his career — he clearly has a lot of potential and could make his presence felt in the early stages.

He ranks 12th in first-round scoring average this season and shouldn’t be overawed when he tees off alongside fellow rising stars Sam Burns and Davis Riley at 9:44 am ET.