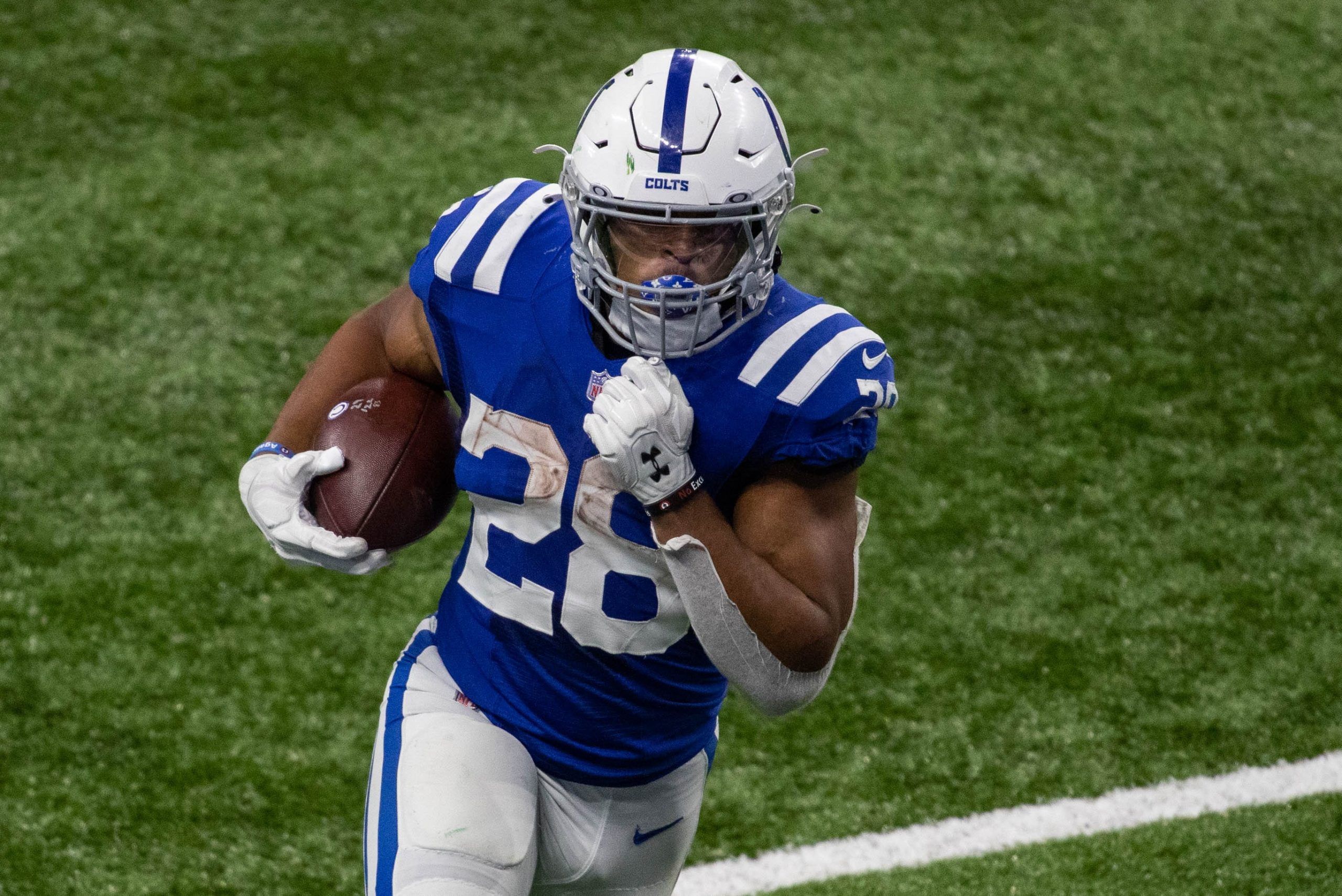 The 2021 NFL regular season is in full flow and with Week 13 on the horizon, teams are beginning to look towards the postseason and beyond. With so much football having happened already in 2021, we’ve got more than enough data to gauge who’s looking to be this year’s hot prospect, and who can start planning for the draft in April. Now more than ever it is time to start seriously considering your NFL futures bets.

The Pickswise data science team has built a robust predictive machine learning model that makes use of a proprietary dynamic rating system to predict outcomes for the rest of the NFL season. The model analyzes various in-house metrics, and also factors in situational spots such as rest weeks, home advantage, and time-zone differentials. Let’s dive into the best NFL futures bets ahead of Week 13, as highlighted by our model.

Indianapolis Colts to make the playoffs (+125)

The Colts may have slipped up against the Buccaneers last week, but prior to that defeat they had won five of six, and running back Jonathan Taylor was seriously starting to propel them towards the big time. They may have lost some momentum with that Bucs loss but Indianapolis still holds a 6-6 record and with games against the Texans and Jaguars still to come, our model suggests it’s time to get on them to make the playoffs.

Our model deems the Colts as having a 65.7% chance of reaching the postseason, which is significantly higher than the odds suggest, with FanDuel Sportsbook having Indy available at +125. Odds of +100 or longer indicates a less than 50% chance, so getting the Colts at those odds looks like a great opportunity. Considering the Colts play the Texans this week, those odds are likely to be a lot shorter this time next week.

The Colts aren’t the only team in the AFC South that our model loves. It’s also pinpointed the Titans as having the best current value out of any team to win the Super Bowl. Things didn’t go Tennessee’s way last Sunday as it was manhandled by New England and their injury issues finally seem to have caught up to them with the likes of Derrick Henry, Julio Jones and AJ Brown all currently out. However, there is optimism that all of them would be back in time for the playoffs, and if that were the case then you’d have to think the Titans would have a decent shot considering they did hold the #1 seed at one point this season.

The betting odds suggest the Titans have a 2.8% chance of winning the Super Bowl, while our model indicates that the likelihood of Tennessee lifting the Vince Lombardi Trophy is actually 11.2%. That is a huge difference of 8.4% in the favor of the Titans getting the job done. Of course, a lot of it relies on those aforementioned stars all returning and playing to their full potential, but +2800 does look awful big for a team boasting the talent it has.

Check out Jared Smith’s Back to the Futures column, with sportsbook traders sweet on the Titans