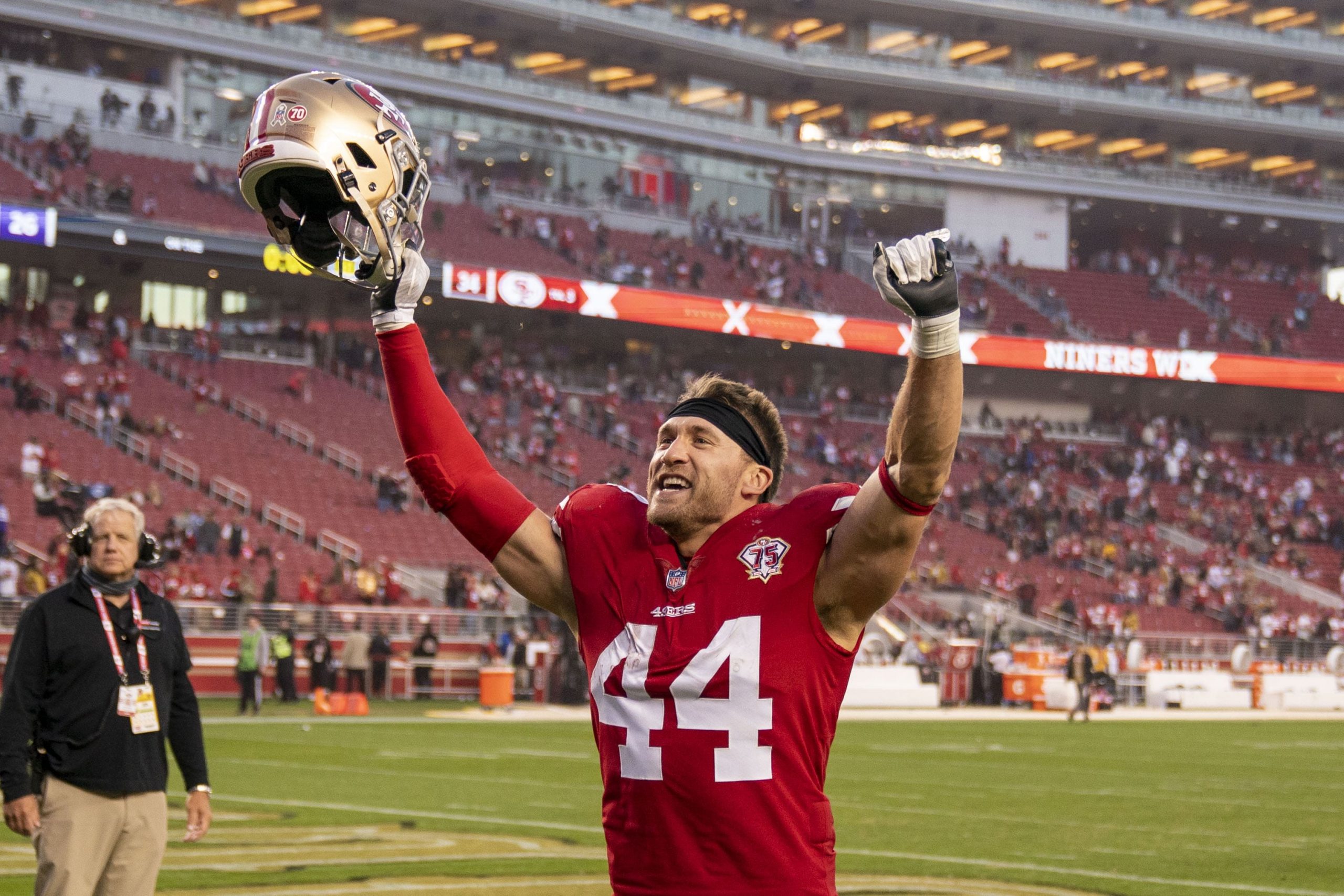 This week I asked oddsmakers if there was a team outside of that top nine that has a chance to win the Super Bowl. Here were their responses:

Zachary Lucas, TwinSpires: “I think there’s some value on the 49ers. They were around the fourth or fifth favorite to win the Super Bowl going into the season and finally look to be clicking now. Their run game has also helped them dominate time of possession. It’s hard to lose games when you have the ball twice as long as your opponent.”

Jacob Blangsted-Barnor, FoxBet: “I’m looking at the Niners, the main thing for the 49ers is health, they cant stay healthy.  If they can get healthy and keep rolling there’s no reason this time can’t do what it did in 2019. The key for the Niners will just be game flow, if they can get ahead in games, we know they can control a game and bleed the clock and beat even the best teams. If they go behind I’m not 100% convinced they can come back against the best teams. On AFC side, Titans are a similar story, just need to get healthy, they were No. 1 seed a few weeks ago!”

Darren Darby, BetMGM: “The Tennessee Titans have a substantial number of injuries and are currently at +2000 to win the Super Bowl. If the Titans return some of their key players, look for their odds to improve as the season winds down.”

Sawyer Johnson, WynnBET: “The two teams that come to mind are the 49ers and Titans. The Titans have been banged up as of late, but let’s not forget what they did to the Bills, Chiefs and Rams when they were healthy. Derrick Henry still has a chance to come back for the postseason and this team has a style of play to win anywhere in the playoffs. The 49ers are two years removed from a Super Bowl performance, with a lot of the same roster. They are one of the most complete teams in football, but hardly anyone seems to acknowledge it for some reason.”

The best price I could find on the Titans was +2800 at DraftKings. Several shops were offering the 49ers at +4000. Let’s examine some of the teams closer to the top of the market and if any are worth an investment this week.

The Packers could not have picked a better week to enter their bye as they have injuries at several key positions, including Aaron Rodgers’ toe and Aaron Jones’ knee. At some point down the stretch, they should also get back LT David Bakhtiari, LB Za’Darius Smith and CB Jaire Alexander, three of the best players in the NFL at their respective positions.

“It is vitally important for them to have a late-season bye in a normal situation, but even more so considering that they are a very injured team,” said WynnBET Trader Sawyer Johnson.

Two weeks ago I advised opening up a one-unit position on the Packers split between the Super Bowl at +1000 and the NFC at +500. They are still my favorite choice in the NFC, and I will likely be adding to this position soon, but considering the team is on a bye, it’s doubtful we will see any significant movement this week unless the Bucs or Cardinals lose outright. Since both Arizona and Tampa Bay are favored by more than a touchdown on Sunday, I feel safe about passing on the Packers this week, but they will be on my radar again in next week’s column.

The Patriots’ six-game winning streak will be put to the test on Monday night when they travel to Buffalo for the first of two crucial games against the Bills that will decide the AFC East. If this game was played five weeks ago, the Bills would have likely been favored by more than a field goal, so oddsmakers believe you are getting some decent value on Buffalo laying just three.

“The entire planet will be on the Pats,” said TwinSpires Trading Analyst Zachary Lucas. “I still think the Bills can make this a game and I’ll be on them.”

Last week we detailed New England’s meteoric rise up the board, and I advised the best strategy at this stage was to just play the Pats straight up against the Bills if you believe they can keep things rolling. Considering they are priced around +140 on the money line this week, and around +110 to win the AFC East, the numbers make sense. That strategy also gives you flexibility for future investments at a longer price if the Pats lose on Monday. I also agree with Zachary, and Buffalo seems like the early move for me, so I’ll be passing on the Patriots again this week.