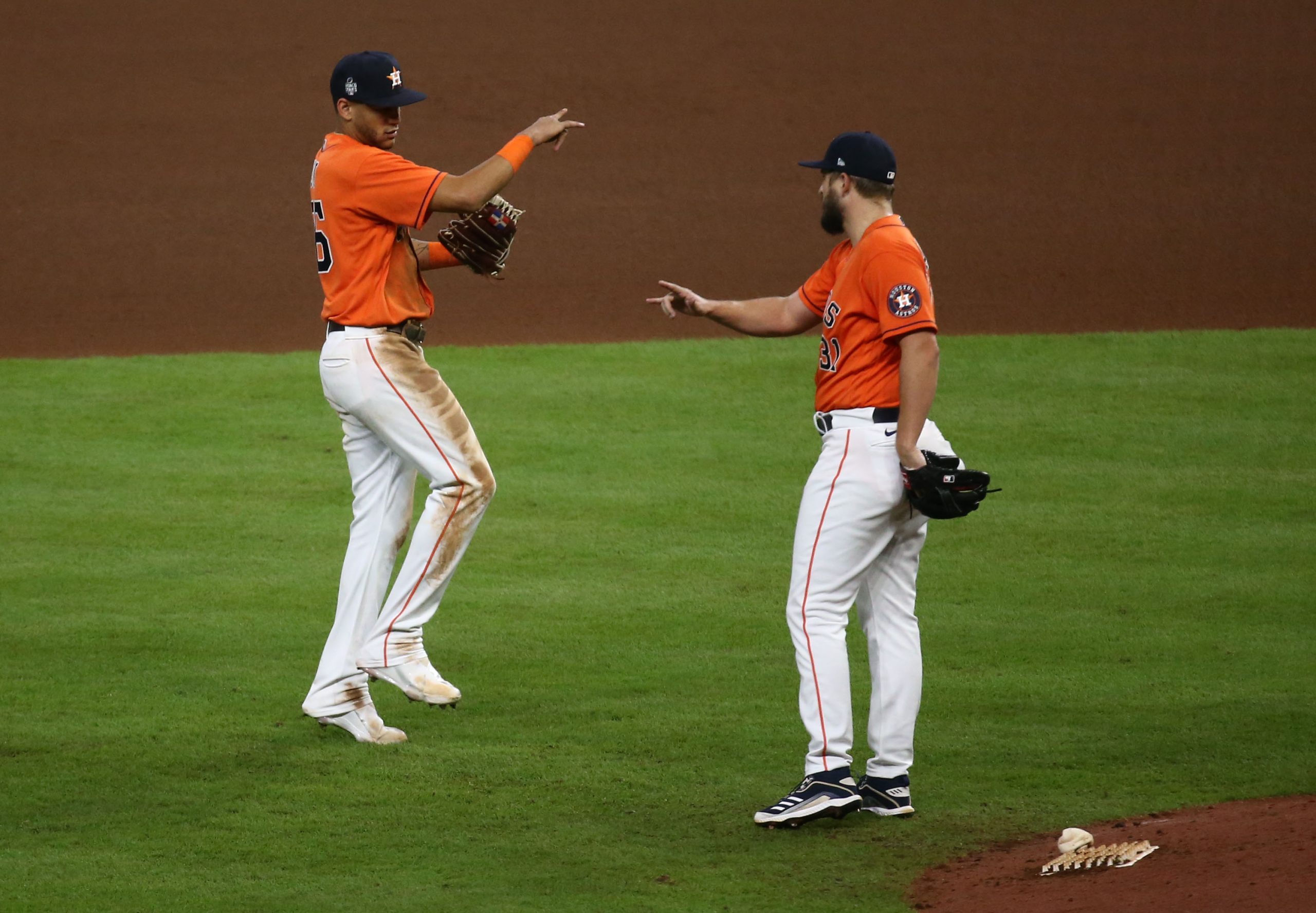 We’re all tied up. The Braves pulled off an upset in Game 1 of the 2021 World Series, but the Astros struck back in Game 2 to make it 1-1. We can’t wait for Game 3, and here at Pickswise we’ve got a ton of great content coming. Most notably our full game preview with a free pick on the side and total.

Be sure to also check out our MLB news tab, where you’ll find same game parlays and prop bets for every game of the series. Meanwhile, we’ve also assembled a roundtable of three of our leading MLB experts. Nick Galaida, Nick Musial and Keith Schmelter all crushed their handicapping this season, and now we’re bringing them together for one last ride. Welcome to the Pickswise World Series roundtable.

For every game of the series, all three experts will be providing a best bet. Without further ado, let’s dive in for Game 3:

Rather than attacking a side or total in this pivotal Game 3, I’ll back Austin Riley to record 2+ total bases at plus money. Riley (2-9, 1 RBI) has yet to make a splash with his bat this series and is too talented a hitter to be held in check for a 3rd straight game. Riley’s RBI double in the 1st inning of Game 1 has been his lone highlight of the Fall Classic. Tonight’s game presents another opportunity for Riley (.500 xSLG) to showcase what he’s done all season.

Riley has yet to face Houston starter Luis Garcia in his career but figures to be a tough out over 2-3 plate appearances. Riley will likely be able to get his barrel around against Garcia’s 93 MPH 4-seam, as he sported a .290 BA and 23% whiff rate against fastballs this season. Riley has also shown an improved job of staying on offspeed pitches, evident in his 1st-inning line-drive single to right in Game 2. If Garcia falls behind in the count, Riley may very well record 4 total bases in one at-bat.

Luis Garcia had one of his best starts of the season in Game 6 of the ALCS, but don’t expect a repeat of that tonight. He threw 5.2 innings and allowed only 1 hit while racking up 7 strikeouts to the powerful Red Sox offense. This game will be played in Atlanta, and that changes everything for Garcia, whose road splits were dramatically worse in the regular season. When pitching at home, his ERA is 2.73 with a 1.03 WHIP, but when he goes on the road his ERA balloons to 4.24 with a 1.34 WHIP.

These offenses showed their power in Games 1 and 2 and both teams are hitting above .267 in the last 7 days, so expect offense to be the story of Game 3 and take over 8.5 in Atlanta.

In 11 games this postseason, the Houston Astros have scored 5 or more runs on 9 occasions. Tonight, Houston gets a favorable matchup against Ian Anderson, a pitcher who has yet to last more than 5 innings in a start this October. Though the Atlanta Braves have a dominant backend of their bullpen with Tyler Matzek, Luke Jackson, and Will Smith, they lack reliable middle-relief options to bridge the gap to the late innings when the starter does not get deep into the game.

Jose Altuve, Michael Brantley, Alex Bregman, Yordan Alvarez, Carlos Correa, Kyle Tucker, and Yuli Gurriel is arguably the deepest lineup in baseball. Expect disciplined at-bats from this group to lead to plenty of run-scoring opportunities. Atlanta might still win this game, but they are going to have a difficult time keeping Houston’s bats quiet in Game 3.