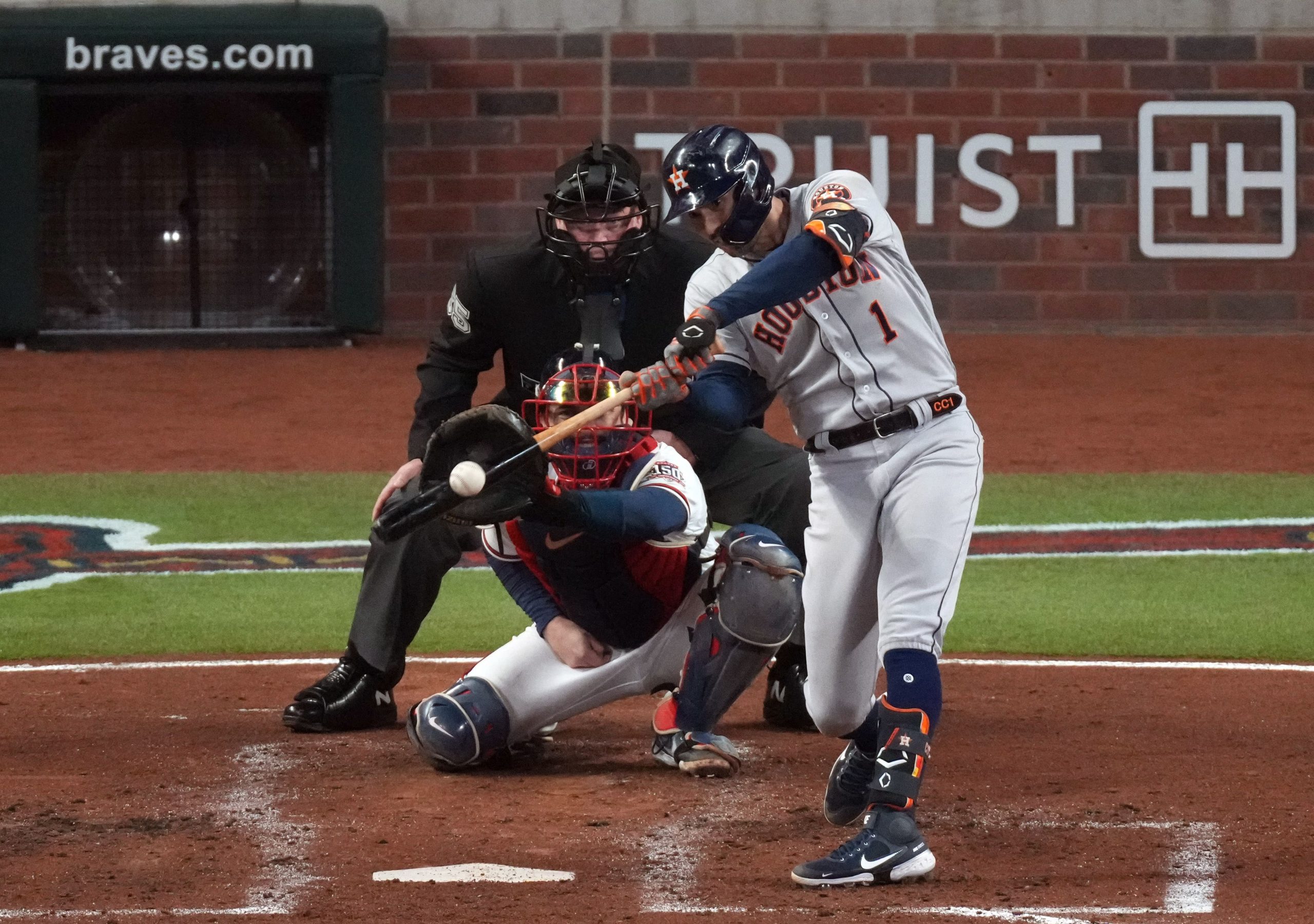 The Braves remain one game away from winning the World Series, but they’ve lost home-field advantage after Houston’s 9-5 win in Game 5 on Sunday. We can’t wait for Game 6, and here at Pickswise we’ve got a ton of great content. Most notably our full game preview with a free pick on the side and total. Be sure to also check out our MLB news tab, for all today’s World Series advice, including our best prop bet on the game.

We’ve also assembled a roundtable of three of our leading MLB experts. Nick Galaida, Nick Musial and Keith Schmelter all crushed their handicapping this season, and now we’re bringing them together for one last ride in the Pickswise World Series roundtable.

For every game of the series, all three experts have been providing a best bet. They haven’t always agreed, but today they’re unanimous in expecting the pitchers to be on top.

Without further ado, let’s dive in for Game 6:

Max Fried (14-7, 3.04 ERA, 3.45 xFIP) had a tough start in Game 2, surrendering 5 runs prior to recording 6 outs. Fried was able to bounce back from his rough 1st 2 innings with 3 shutout innings to conclude his outing. I think we will see the Fried who worked 3 scoreless frames showing up in Game 6 tonight.

Meanwhile, Luis Garcia (11-8, 3.30 ERA, 3.93 xFIP) starts on only 3 days’ rest for the Astros. Garcia figures to navigate through Atlanta’s lineup at least once, potentially working into the 4th or 5th inning. Garcia has had his way against the Braves hitters, sporting a .191 BAA. With a fairly high total of 5 runs expected for the 1st 5 innings, consider a play on the under in a matchup in which both starters may have their way early on.

With their season on the line, the Astros will turn to Luis Garcia, who has been excellent since his horrific start in the ALCS. In his last 2 appearances, Garcia has allowed 1 run on 4 hits with 13 strikeouts in his last 9.1 innings and has looked like a different pitcher in those outings. And fortunately for both teams, the bullpens will be fresh and every arm will be available for Game 6.

For that reason, both Garcia and Max Fried will have short leashes which will limit the damage for either team as Dusty Baker and Brian Snitker will go to their bullpens at the first sign of trouble. Expect a much lower-scoring affair in Game 6 and take under 8.5 runs in Houston.

Max Fried has been hit hard in back-to-back starts, but he was one of the most dominant pitchers in baseball during the second half of the campaign, so it is unlikely that he will perform poorly for a third consecutive outing. Luis Garcia had a rough start to October, but he has been excellent in his last 2 trips to the mound, allowing only 1 earned run across 9.0 innings of work. In relief of Fried, manager Brian Snitker is likely to turn to Tyler Matzek, Luke Jackson, and Will Smith, who have combined to allow only eight earned runs in 32.1 innings this October.

Astros manager Dusty Baker is likely to rely heavily on Phil Maton, Kendall Graveman, Ryne Stanek and Ryan Pressly, who have surrendered only 6 earned runs in 40.2 innings during these playoffs. Though both Atlanta and Houston have capable offensive attacks, strong pitching should keep this game relatively low-scoring. Take the under.