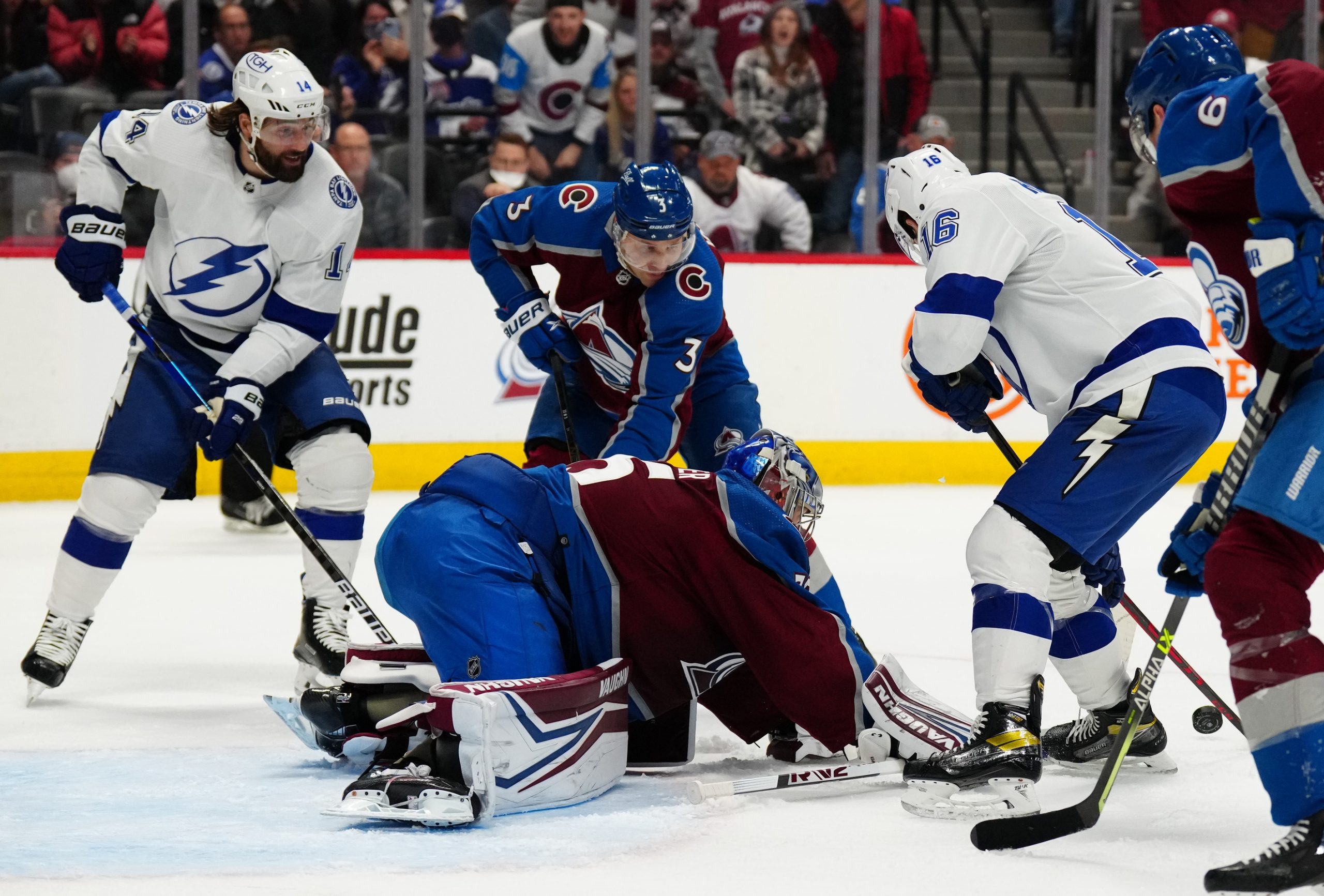 Ladies and gentlemen, the Stanley Cup Finals has finally arrived. And my goodness, what a series we have in store. We have the red-hot Colorado Avalanche FINALLY reaching the big one after years of being touted as the next big thing. In their way, however, stands the team that has been there and done that the past two years, with the Tampa Bay Lightning going for the three-peat. Game 1 gets underway tonight at 8:00 pm ET, and to celebrate the Stanley Cup Finals, we’ve asked four of Pickswise’s best NHL experts for their series predictions. That’s four best bets all in one place!

Let’s dive in and find out whether our experts are siding with the Lightning or the Avalanche.

It’s not often that the early Stanley Cup favorites of each conference actually make it to the finals together, but 9 months later that is exactly what we have. The Stanley Cup Finals between the Colorado Avalanche and the Tampa Bay Lighting is the most anticipated final we’ve seen in many years. There is a lot to like about each team, but there must only be one winner. The Avalanche have arguably two of the top 5 players in the NHL in Nathan MacKinnon and Cale Makar, and their role players are some of the best in the league. The Lighting on the other hand have their own top NHL talents in guys like Nikita Kucherov and Steven Stamkos, as well as the best goaltender in the entire league. For me, that is a major part of why they are going to three-peat.

A major question mark lays in the Avalanche crease, as both options have been equally mediocre. With a brick wall in the Lighting crease, backed up by a d-core that is talented and experienced, expect the Avalanche firepower to dry up. They will need to win low-scoring games, but those are Tampa Bay’s bread and butter. Their stars and their role players will score what they need to, and limit Colorado’s attack. In surprising fashion, I believe the Lighting finish this in less than 7 games and solidify their mark as a dynasty.

The Stanley Cup Finals are set as the Colorado Avalanche play the Tampa Bay Lightning, with game 1 starting on Wednesday in Denver. Both teams have their strengths and weaknesses but taking the Avalanche in 6 games. The Lightning will be facing the most complete team in the Avalanche they have seen all playoffs. The Avalanche have the speed, scoring (rank 1st in goals for in the playoffs), depth and defense (rank 1st in expected goals against) that other teams lack in 1 or more of those areas. The one place where the Lightning have the leg up is in net. Andrei Vasilevskiy has been arguably the best goaltender over the past 5 year and is a big part of why the Lightning will be going for their 3rd straight Stanley Cup. Vasilevskiy will steal at least 1 game for the Lightning, but the Avalanche will prevail.

Given the star power, storyline, and legacies on the line, this should be one of the best Stanley Cup Finals in recent memory. But to cut right to the chase, there is going to be a three-peat champion for the first time in 37 years. Just when it looks like this Lightning team’s back is up against the wall, they play their best and get the job done. Obviously, this Avalanche team is one of the most high-octane, dangerous teams in years. But considering the pedigree of this Lightning team and everything they and their coaching staff have been through, I can’t bring myself to bet against them.

Indications are Brayden Point will return for Tampa and Nazem Kadri and Andrew Cogliano remain question marks for Colorado. The Lightning have a major advantage in goaltending and have shown the ability to smother opponents when they need to most. Jon Cooper has put on a coaching masterclass in his tenure with the Lightning and will have the boys ready to defend yet again.

With the Lightning on the brink of making history, it’s hard to bet against them. While the more confident pick is with a higher amount of games, this is where the Avalanche can finally get over the hump. Both teams are dealing with injury concerns, but Tampa’s problems seem like they going to catch up to them in this series. They’re missing Brayden Point, who had the most goals in last year’s postseason with 14. It hasn’t stopped them yet, but they’re now facing a team in Colorado that they’re going to need to keep up with on the scoreboard.

The Avalanche got by the Rangers, as they are a defensive team and Tampa did not need to focus on the higher goal totals. While the Lightning also took down the Panthers, the Avs are much more than just flashy offense. They’re a team who is willing to sacrifice on the ice, rather than just fill up the box score like Florida. Even if they don’t get Nazem Kadri back, they’re a deep enough team to overcome 1 skater.