HomeAnalysisNBA AnalysisNBA Playoffs: An updated look at the teams who could be in or out

NBA Playoffs: An updated look at the teams who could be in or out 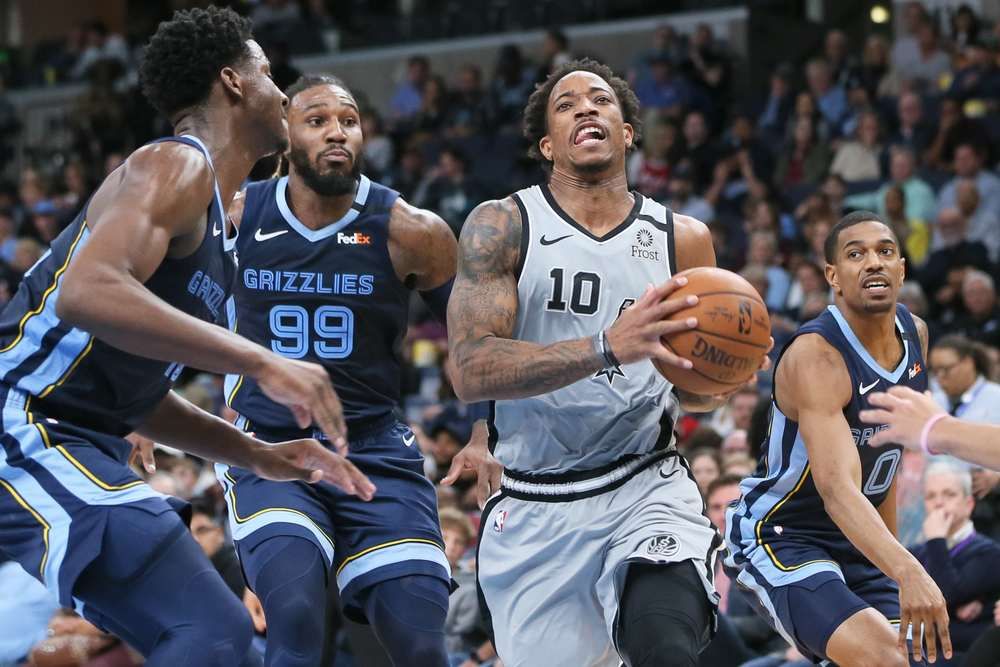 Teams are nearing the halfway point (41 games) of their 2019-20 NBA seasons, so it is not too early for a look at the playoff picture. At least three spots are very much there for the taking, with a whole host of contenders obviously still in the picture at this relatively early juncture.

There are two spots available in the Eastern Conference, with arguably up to six teams fighting for them—but the more realistic number is four. Milwaukee, Miami, Boston, Toronto, Philadelphia, and Indiana are all locks. Orlando currently occupies the seventh spot, one game ahead of eighth-place Brooklyn and four games clear of Detroit and Charlotte. Led by Evan Fournier, Nikola Vucevic, and Aaron Gordon, the 18-20 Magic may be in line for the No. 7 seed for a second consecutive season.

Even with Kevin Durant sidelined for the entire 2019-20 campaign, there were still folks out there who thought the Nets would contend in the East right away following their offseason spending spree. Well, think again. Brooklyn is 16-20 and showing no signs of turning things around now that Kyrie Irving might also be shut down.

The Pistons are tied for Charlotte for No. 9 in the East as the potential beneficiaries if either Orlando or Brooklyn should stumble. And the Nets might want to stumble. They are clearly playing for the future (2020-21) as opposed to the present and they keep their first-round pick this summer if it’s in the lottery. Although Detroit is three games out of playoff position, the talent is there with Blake Griffin, Derrick Rose, and Andre Drummond. But will it still be there following the trade deadline?

There is at least one playoff spot up for grabs in the Western Conference and perhaps two. A seventh-place team with a 5.5-game cushion would generally be a lock except in this case that team is Oklahoma City. The Thunder have overachieved this season while in rebuilding mode, leading the eighth-place Spurs by 4.5 games and both Memphis and Portland by 5.5. If San Antonio can hold off the Grizzlies, Trail Blazers, and some other mediocre squads, it will at least bag the No. 8 seed and a likely first-round date with the Lakers. Head coach Gregg Popovich’s team is 16-20 but has won two in a row and four of its last six.

Because the Grizzlies got lucky in the draft lottery last summer and picked No. 2 overall, people forget that they actually weren’t that bad in 2018-19. Memphis went 33-49, so its current 16-22 record is really not much of an improvement. Fortunately for Ja Morant and company, there are only seven decent teams in the Western Conference. As such, the Grizzlies should remain in contention the whole way if Morant can stay healthy.

Portland came within one game of reaching the conference finals last season. The fact that it is currently out of the playoff picture is grounds for being considered the most disappointing team in all of basketball. Damian Lillard, C.J. McCollum, and Carmelo Anthony aren’t enough to overcome all kinds of injuries sustained by key role players. The Trail Blazers are tied with Memphis at 16-22 heading into Thursday’s matchup in Minnesota (check out our free NBA predictions).