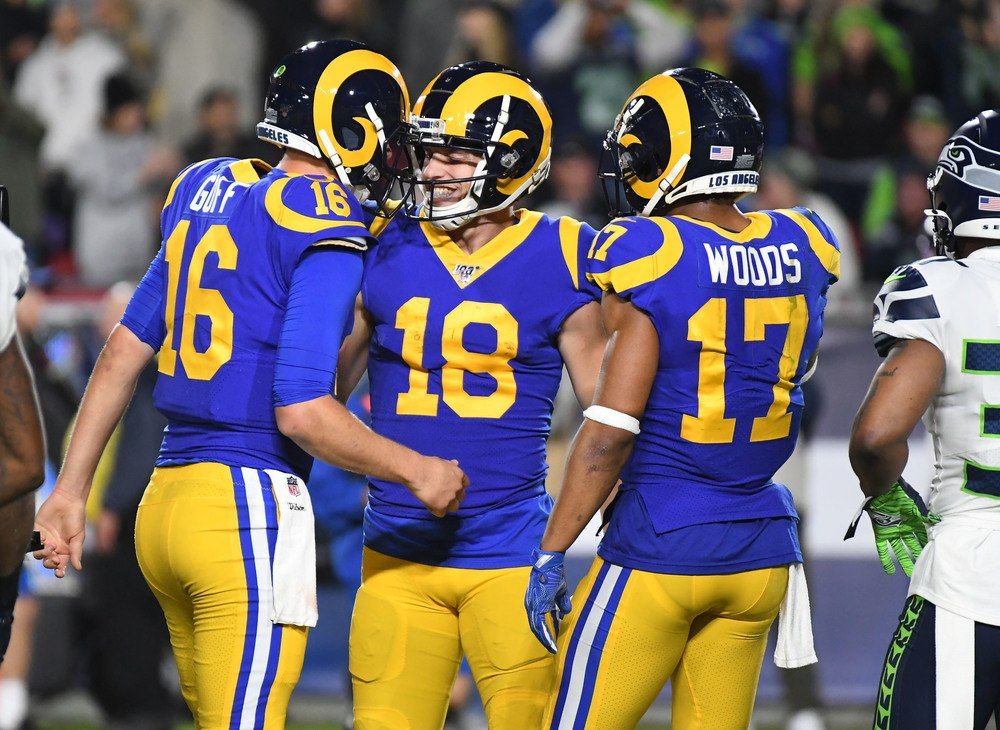 Since graduating from Davidson (The College That Stephen Curry Built), I have been writing about sports--just about any and all you can think of!--and coaching tennis in Atlanta, Ga. Beyond the four major sports, I am an avid tennis fan and cover the ATP Tour on a daily basis. If I'm not busy writing, you can generally find me on a tennis court or traveling the world wherever a sporting event takes me.
@Dimonator133
Updated: 6:37 AM ET February 02, 2022

We expected that things would especially fluid in the early stages of the season, as you really don’t know exactly what you are going to get from any team until you see its finished product on the field at least once or twice. Depending on teams’ first couple of results, pendulums can swing wildly one way or the other in terms of their long-term outlook. And that is exactly what has happened so far. Especially in the NFC West, odds have been absolutely all over the place.

Let’s take a look at what has happened so far with the Week 2 results.

Kansas City Chiefs (+500) – Both the Chiefs and Baltimore Ravens opened as +550 favorites. They remained there following Week 1 and have now improved to +500, due mainly the struggles—and injuries—of some other contenders. Kansas City rolled in its season opener against the Houston Texans, but it needed some heroics from kicker Harrison Butker to battle past the AFC West rival Los Angeles Chargers in overtime this past Sunday.

Baltimore Ravens (+500) – Baltimore, on the other hand, continued to have no issues of any kind. After hammering the Cleveland Browns 38-6 in their opener, the Ravens made routine 33-16 work of Houston in Week 2. Reigning NFL MVP Lamar Jackson, who went wild in Week 1, actually didn’t do much against the Texans and his team still dominated. That is rather scary for everyone else.

Seattle Seahawks (+1200) – Is Russell Wilson the early leader for 2020 MVP honors? After throwing four touchdown passes during a 38-25 win over the Atlanta Falcons, he tossed five scoring strikes—to five different receivers, too—as the Seahawks scraped past the New England Patriots 35-30 on Sunday Night Football. Seattle is up from +1600 prior to Week 2.

Green Bay Packers (+1600) – You could get the Packers at +2500 last week. Not so much now! They have scored a ridiculous 85 points through two games, as Aaron Rodgers is turning back the clock and Aaron Jones single-handedly won Week 2 fantasy matchups for his owners (yes, that includes me!) with 236 yards from scrimmage and three TDs in a 42-21 rout of the Detroit Lions.

San Francisco 49ers (+2000) – Whereas the Seahawks, Rams, and Cardinals are all flying high, NFC West rival San Francisco is on the way down. Of all the NFL teams that are banged up following a disastrous week of football on the injury front, no one has been hit harder than the 49ers. They beat the Jets but lost Nick Bosa to a torn ACL.

Philadelphia Eagles (+4000) – The Eagles were depleted by injuries before the season even began. It is showing in the form of a 0-2 record, which began with a blown 17-point lead against TWFT and now includes an 18-point loss to the Rams. Philadelphia’s odds were still as high as +2500 prior to Sunday.

Minnesota Vikings (+5000) – No team’s odds were hurt more than those of the Vikings (0-2). They were +3300 after Week 1 and are now saddled with +5000 odds. That’s what happens when you lose 28-11 to the Indianapolis Colts—a team that had just lost to the Jacksonville Jaguars!