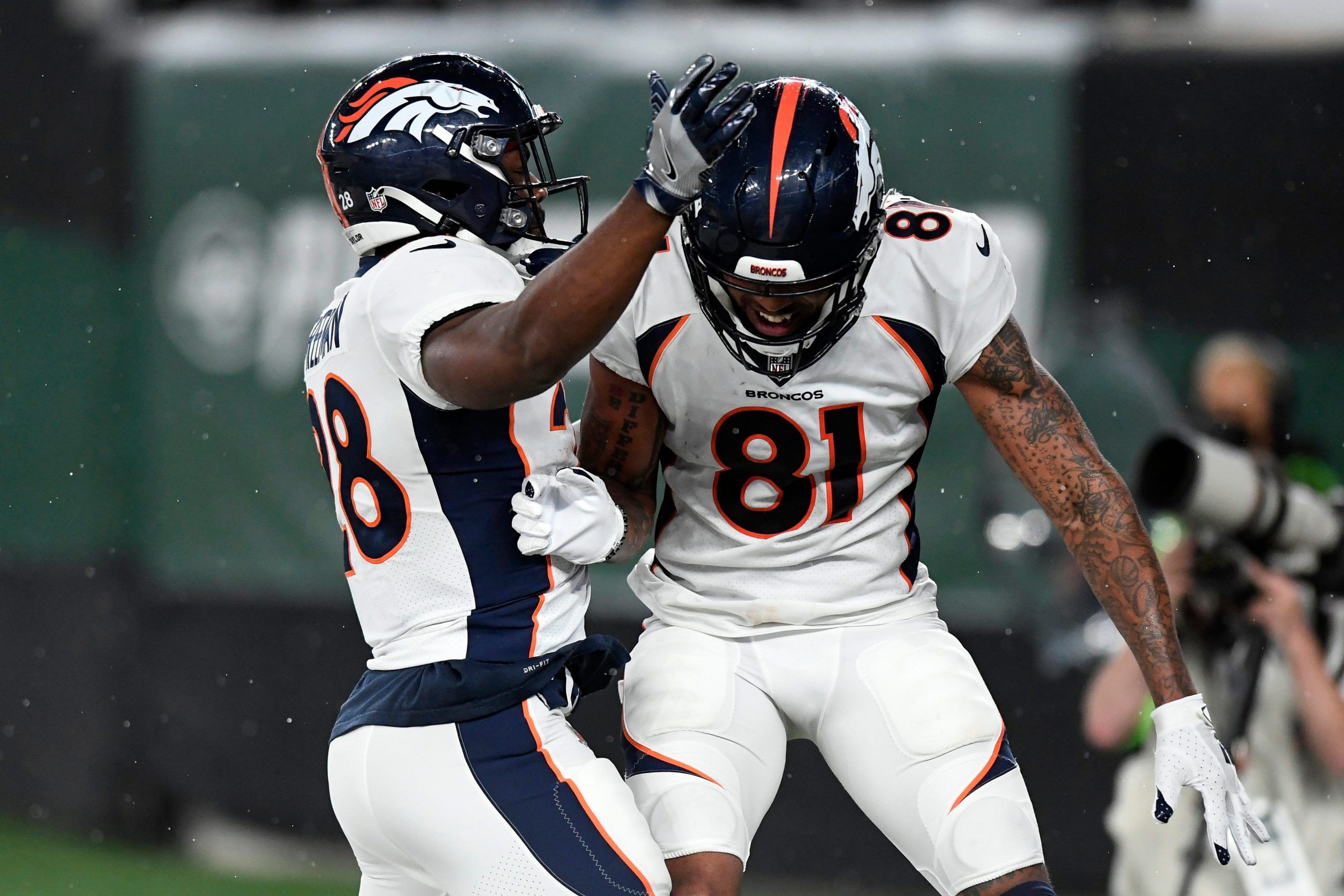 Week 6 of the NFL season gets started and the Denver Broncos will finally take on the New England Patriots. This game was delayed a week after a number of positive COVID-19 tests among the Patriots. That was actually beneficial to New England, as not only do they have quarterback Cam Newton returning, but the Broncos will now be without running back Melvin Gordon and tight end Noah Fant.

FanDuel is now offering same game parlays, which is great because you can package different elements together in a single bet. Let’s dive into our favorite such parlay for this matchup, which has the potential for a mega payout. You can also check out our full preview of the game, including ATS and O/U picks.

This parlay is the perfect example of how you can put together highly correlated events, and then really boost the odds by throwing in a wild card. If New England is going to win by nine points, there’s a huge chance they’ll be leading at half time. But add in a Denver player to find the endzone, in this case Tim Patrick, and you’re looking at a nice payout if it cashes.

I expected this line to be way higher by now, and I will be very surprised if the Broncos are able to keep this one competitive enough to finish within 10. Yes, Cam Newton is returning from Covid-19, but Bill Belichick wouldn’t be putting his quarterback in there if he wasn’t 100 percent. The fact this game got pegged back a week to essentially let Newton play is a major positive for the Patriots.

The Broncos, meanwhile, will also benefit from the return of their signal-caller Drew Lock, but will be without the services of star running back Melvin Gordon and tight end Noah Fant. It cannot be understated how huge a blow that is for the Denver offense which was pretty poor to begin with. I expect New England to control this one from the start and add another win to keep the pressure on Buffalo in the race for the AFC East.

Which brings us to the next part of this equation, and what makes these same game parlay bets so good. If New England is going to win this by at least nine points, you’d have to think they would be leading at the half. And given all the questions that have been asked of this Patriots team over the past couple of weeks, they will want to come out and make a statement.

In the two games before Newton’s Covid diagnosis, the New England offense put at least 30 points on the board. This is a team that knows how to find the endzone, and given Denver have allowed 28 points in their last two (one of which was against the Jets), I can’t see their defense putting up much of a fight.

As bad a day I think the Broncos could be in for, I don’t expect them to be shut out. They do at least have their starting quarterback returning after all. And the addition of Tim Patrick to this parlay enhances it to a level that is worth taking a chance on. Although rookie receiver Jerry Jeudy has had plenty of plaudits, Patrick is quietly having a solid season himself.

The Utah product has scored touchdowns in his last two games, and against the Jets last time he had six receptions for 113 yards. It’s taken him a while, but he’s finally starting to make some noise. It awaits to be seen what kind of rapport he has with the returning Lock, but I think Patrick represents great value to put some points on the board.