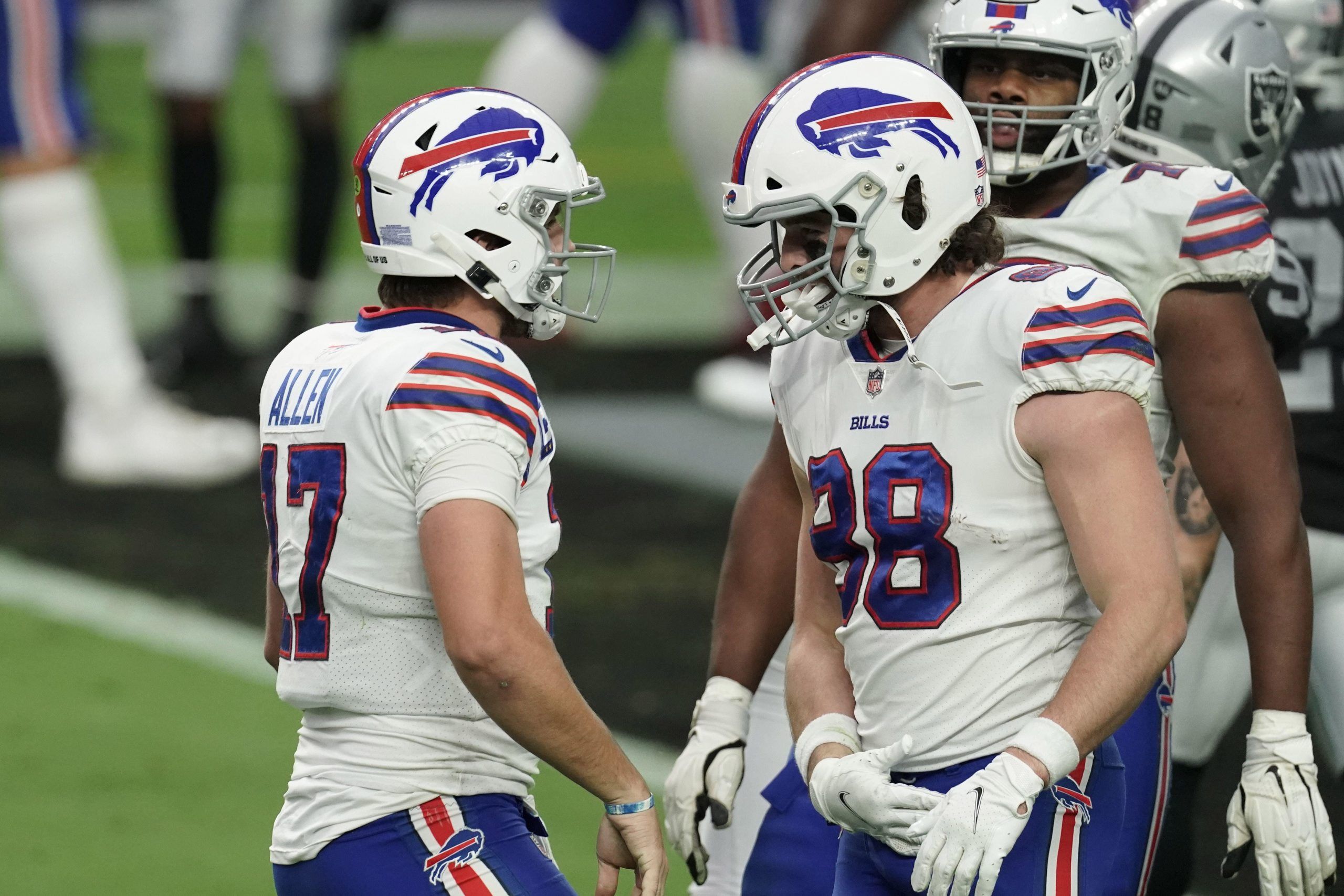 After nailing our same game parlay for the Chargers vs. Saints game last night at +1083, we’re back with another at even bigger odds!

As if 2020 couldn’t get any more bizarre, we’ve got Tuesday Night Football to get excited for tonight as the Buffalo Bills take on the Tennessee Titans to close out Week 5. Both teams are undefeated and looking to extend their leads at the top of their respective divisions.

FanDuel is offering same-game parlays, which is great because you can package props that are highly correlated together in a single bet. Let’s dive into our favorite such parlay for this matchup, which has the potential for a huge payout of nearly 23/1 (+2281). You can also check out our full preview of the game, including ATS and O/U picks.

See what we mean by “highly correlated”? We are confident Buffalo can prove it is the real deal this year and that Josh Allen will issue a hammer blow to the Titans. Tennessee, meanwhile, could struggle to get anything going on offense with so many injuries, which is why the odds are boosted so much by adding the under in there.

The standard spread has the Bills as 3.5-point favorites, but I’m happy to give up another three in order to inflate the odds. While two of Bills’ four games have only been won by three points, those have come against solid scoring teams and I just can’t see how Tennessee can keep up with their firepower. We all know how great Derrick Henry is, but can he really do it all? The Titans are dealing with tough injuries at wideout with Corey Davis and Adam Humphries on the sidelines, and that should not be underestimated. Even at their best, I think Tennessee would struggle to keep this within a touchdown.

The reasons I just gave are also why the under makes a lot of sense. I fully expect Buffalo to put scores on the board, particularly with Tennessee also missing starters on defense. But will the Titans put up enough to go over on the total? I’m not convinced. A.J. Brown is listed as questionable, and beyond him Ryan Tannehill’s only big receiving options are Jonnu Smith and Kalif Raymond. That isn’t ideal by any stretch of the imagination.

If Buffalo has a good day on offense, I suspect Allen will have a good day through the air. This is a big line, but it’s easy to understand why. Allen has surpassed the 311-yard mark in three of his four games so far. Even in the one he didn’t, he threw for 288 yards. Tennessee is depleted in the secondary and could struggle to contain the likes of Stefon Diggs and Cole Beasley. Diggs has already had two 100-yard receiving games, while Beasley has also reached that total. Allen’s got plenty of options to haul it up to tonight. That can only be good for his passing yards.

Of course, Josh Allen has also regularly been finding the endzone himself this season. He’s scored a touchdown in three of Buffalo’s four games, and has consistently proven how difficult he is to contain when required to run the ball. With the Bills expected to make a couple of trips to the red zone, you have to think Allen will have that opportunity again. I’m backing him to make the most of it.

You can head over to FanDuel Sportsbook to back this same game parlay.