HomeAnalysisSoccer AnalysisSame game parlay (+780) for Manchester City vs. Arsenal in the Premier League

Same game parlay (+780) for Manchester City vs. Arsenal in the Premier League 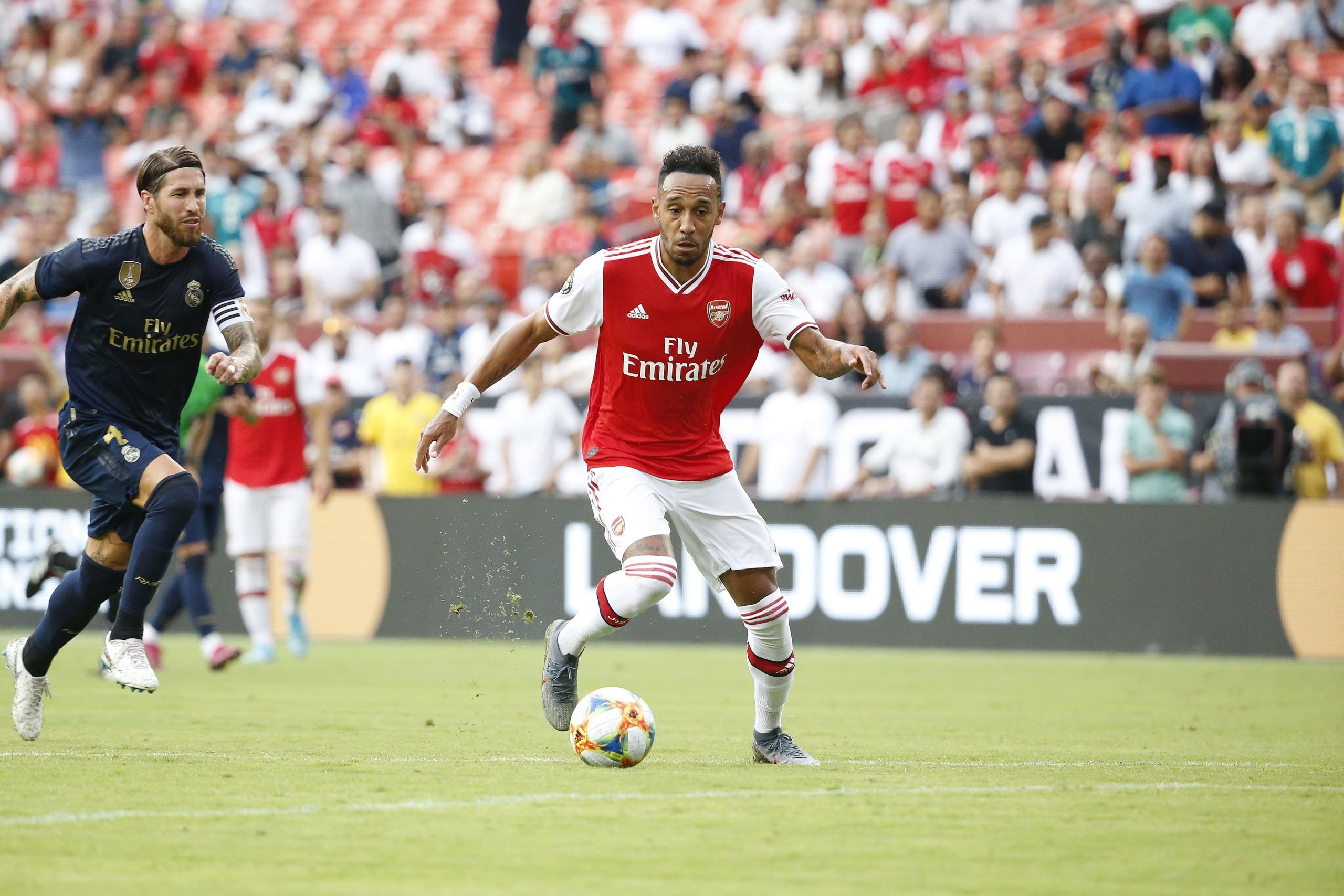 We nailed our same game parlay at +1083 for the Los Angeles Chargers vs. New Orleans Saints game in the NFL on Monday Night Football, and now we’re turning our attention to soccer and the English Premier League where Manchester City host Arsenal.

Both teams return to action after an international break and City will want to bounce back from a couple of poor results. Arsenal meanwhile have won three of their opening four games and will be eager to maintain that momentum and make a statement.

FanDuel is offering same-game parlays, which is great because you can package props that are highly correlated together in a single bet. Let’s dive into our favorite such parlay for this game, which has odds of nearly 8/1 (+780). You can also check out our full preview of the game.

See what we mean by “highly correlated”? We are confident Arsenal can take it to Manchester City, and that star striker Pierre-Emerick Aubameyang. We also expect plenty of goals in this one.

Given how shaky City were prior to that international break, there’s no way you can bet on them at such low odds (-220). They got completely blown out in a 5-2 home defeat to Leicester, where they conceded three penalty kicks, and followed that up with a sub-standard 1-1 tie against newly promoted Leeds. The Citizens dominated that game and tallied 23 shots, but just two of them were on target. Head coach Pep Guardiola clearly has a lot of issues that need to be fixed. Arsenal meanwhile have been getting the job done, and their only defeat so far came at the hands of reigning champions Liverpool. The Gunners have scored in every Premier League game they’ve played so far, and given their coach Mikel Arteta used to be Guardiola’s assist, he could capitalize on knowing a few of his old master’s tricks.

As stated above, Arsenal have had no problems finding the goal so far this season and I expect them to do the same here. They have plenty of firepower up top, and a starting front three of Pierre-Emerick Aubameyang, Alexandre Lacazette and Willian should translate into goals. Man City are yet to record a shutout this season, and it’s hard to see them doing that here. However, they themselves have been high on the shot count, but just haven’t been able to convert those into goals. If they can fix that issue, then Arsenal goalkeeper Bernd Leno could be in for a busy afternoon.

If you’re rolling with the first two parts of the same game parlay, it only makes sense to enhance those odds by adding in both teams to score. It is highly unlikely that Arsenal deliver a crushing victory of 4-0 or higher, especially in Manchester City’s own Etihad Stadium. The Gunners themselves have not kept a clean sheet in their last three games, and with the hosts desperate to make a statement I expect them to come out swinging. This one for me has all the makings of a shootout, which will only serve to benefit this parlay.

Aubameyang has a terrific goalscoring record at Arsenal, and at these odds it makes sense to bet on him to score again. The Gabonese striker found the net 22 times last season, and having signed a new three-year contract last month, he will be highly motivated to make a statement and continue his hot streak on the big stage. If the goals are flying in at both ends then it will be a surprise if one of them doesn’t have Aubameyang’s name on it. Back him to score and round off a nice same game parlay.

You can head over to FanDuel Sportsbook to back this same game parlay risk-free.