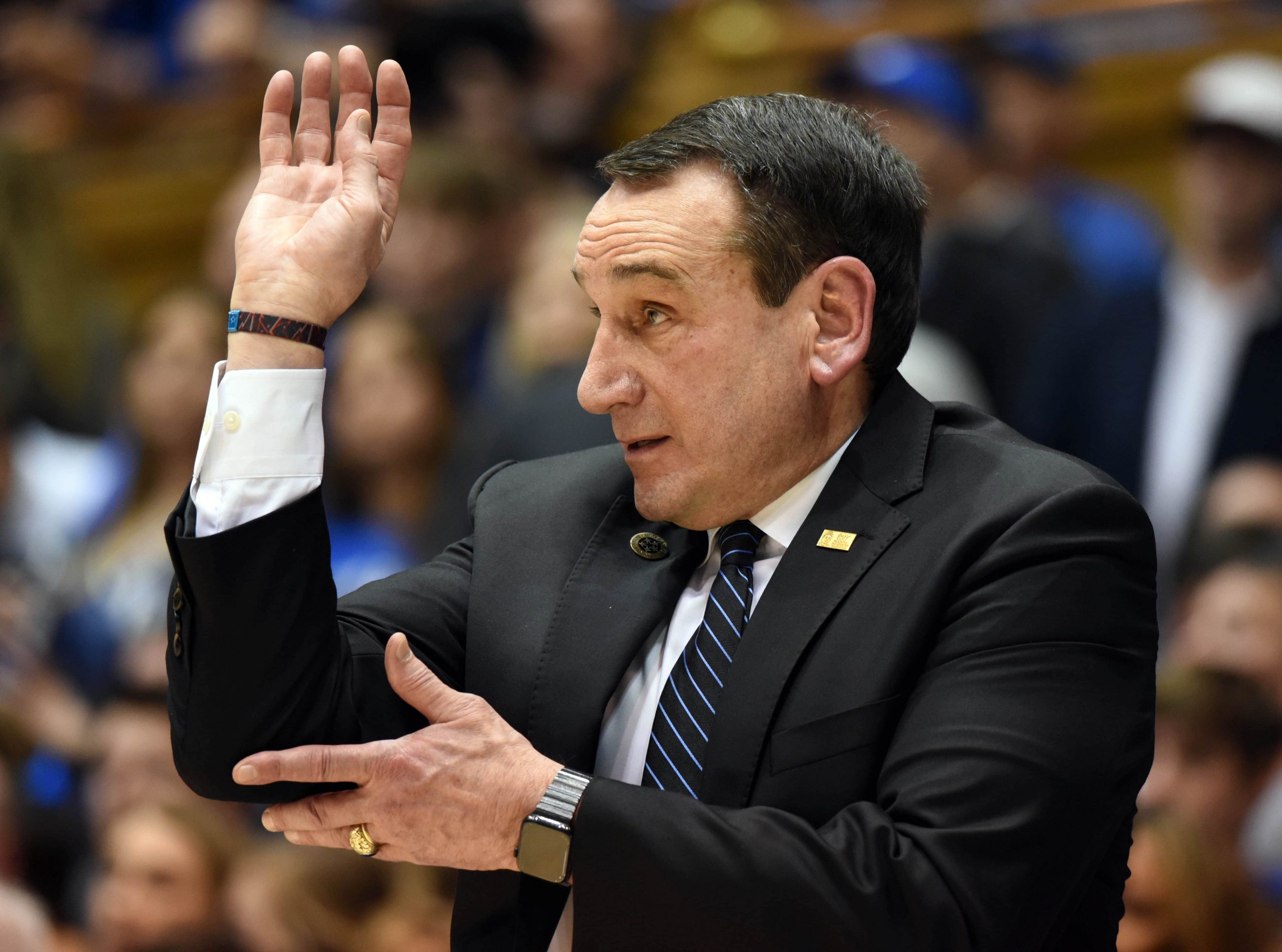 Saturday is almost always a massive day in college basketball, and this weekend is no exception. All-Top 25 showdowns include Alabama vs. Oklahoma, Virginia vs. Virginia Tech, and Kansas vs. Tennessee. Two of those games are part of the SEC/Big 12 Challenge, which will also see Baylor put its undefeated record on the line against Auburn. Meanwhile, top-ranked Gonzaga is looking to stay perfect as it visits Pepperdine.

It is true that Duke has underwhelmed this season, but the good news for the Blue Devils is that Clemson is even worse. The real reason Duke’s NCAA Tournament resume looks so bad is because it has had so many games postponed due to COVID-19. The Devils missed out on a chance to pad their record against non-conference competition and have since suffered a flurry of close losses in the ACC. Four of their five losses overall have been by seven points or fewer, and the other was to an Illinois team that is one of the best in the country. Head coach Mike Krzyzewski’s crew bounced back with a win over a solid Georgia Tech team earlier this week, so it should be able to carry that momentum into Saturday. The Tigers were ranked highly for a while but only because they faced an easy schedule. Since returning from a coronavirus hiatus and now facing ACC foes, they have been an abject disaster. They have dropped three of their last four games, with each of those three losses coming by at least 18 points. That includes a loss to the same Georgia Tech team that Duke just beat.

The Badgers got some revenge earlier this week, knocking off a Maryland team that beat them in Madison earlier in the season. In a low-scoring rematch, Wisconsin held its opponent to fewer than 60 points for the third time in its last four games. Penn State was actually quite good last year, but it lost its best player and its head coach. Now the Nittany Lions are overmatched in the Big Ten. There is not a discernible strength on this team and they give up way too many points, which does not bode well for facing an extremely efficient Wisconsin offense led by D’Mitrik Trice and Micah Potter. 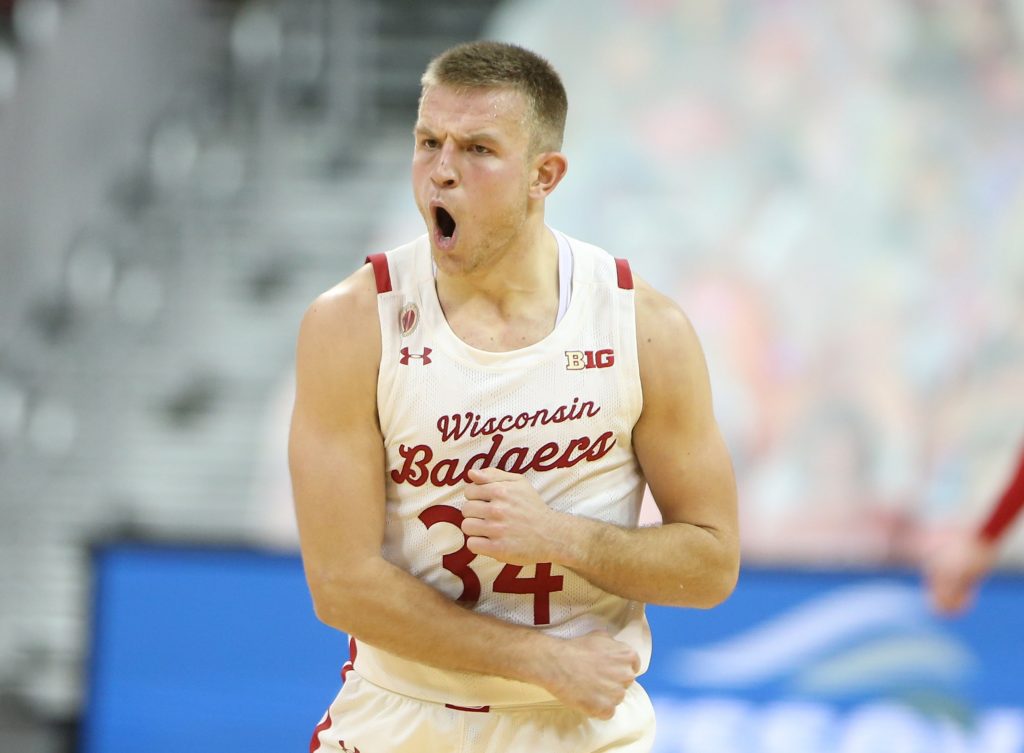 Cade Cunningham is probable to play for Oklahoma State in this one, which is why Arkansas is a slight underdog. That gives the Razorbacks great value here, and obviously if Cunningham remains sidelined this play becomes even safer. Arkansas guard Justin Smith is an outstanding defender who should be able to neutralize the potential No. 1 overall draft pick if he does play. The Hogs are giving up just 0.84 points per possession when Smith is on the floor compared to 0.94 when he is off it, which indicates how valuable he is from a defensive standpoint. At the other end of the court, Arkansas should be able to exploit Oklahoma State’s defense from beyond the arc. Oklahoma State is 267th in three-point attempt rate allowed and the Razorbacks are an above-average three-point shooting team.

The Bruins are looking to force themselves into the conversation for best team in the Pac-12, but they’ll first need to avoid a setback against a scrappy Oregon State squad. Oregon State doesn’t get much respect (case in point: this spread), but it has quietly been playing really well of late. The Beavers have won three of their past four games, with the only loss during this stretch coming on the road in a competitive contest against a stellar USC squad. Sophomore guard Jarod Lucas was used sparingly early on, but over his last six outings he is averaging 16 points per game while shooting a ridiculous 49 percent from three-point range. UCLA, on the other hand, is coming off a loss to Stanford and its two most recent wins have come by five points or fewer.

Purdue has won four of its last five games, pocketing road wins over Michigan State, Indiana, and Ohio State in the process. The Boilermakers’ only loss during this stretch has come against fourth-ranked Michigan. With or without fans, it is tough to notch a road win inside Mackey Arena—and it will be for Minnesota. Purdue is the more well-rounded team, and has the personnel to match up with the Golden Gophers both on the perimeter and down low. Starting center Trevion Williams is the team’s most utilized player, as the 6’10” junior center almost averages a double-double (15.3 ppg, 9.6 rpg). The Boilermakers also boast 7’4” freshman center Zach Edey coming off the bench. Edey (7.9 ppg) is second on the team in terms of player, trailing only Williams. Guards Brandon Newman and Isaiah Thompson have the ability to stretch the Golden Gophers out from three-point range (both shoot better than 40 percent from the land of plenty).