Should the 76ers Start over after the season? 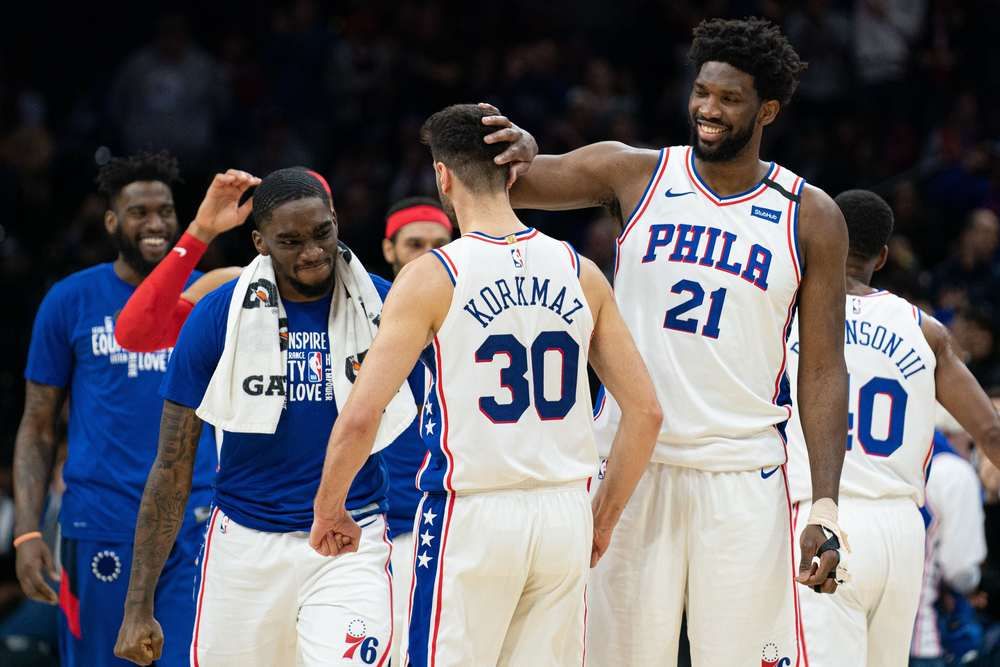 From the results of the play this season coming from the Philadelphia 76ers it’s pretty clear the 76ers need some big changes after the season if they want to compete in the Eastern Conference. One of the biggest issues for the 76ers has been their play on the road. Coming into Tuesday night’s games they only have two losses at home, but on the road, they only have nine wins.

According to Brian Windhorst who was on the Hoop Collective Podcast, all the struggles have made some wonder if the team would be willing to trade away Joel Embiid and other pieces.

“I’m not going to get into that, but my point is people are talking about that. I don’t think they would do that without making an adjustment to the head coach. It’s such a radical thing, but the fact that we’re in mid-February and the people who work in the league, who have to prepare in advance, are mulling over Joel Embiid potentially coming to market, whether that’s true or not… I mean, Josh Harris can come on this podcast and deny it if he wants, but the fact people are talking about it, is not good. It’s a symptom of where they are.”

So what should the team do?

It really is hard to make a prediction on what the 76ers might do this offseason, but it’s clear some big changes need to happen.

To start, the team needs to find a new head coach. Brett Brown isn’t getting really anything out of his players on the road, and although he did have some success during the rebuild, he isn’t the guy to bring the team to title contention.

Depending on how much the team can get in return, they should really look at trading away Joel Embiid. Ben Simmons has played better when he isn’t on the floor, and there are still injury concerns.

Something big needs to happen and trading away Embiid could be the perfect move.