Should the Cowboys have paid Dak Prescott? 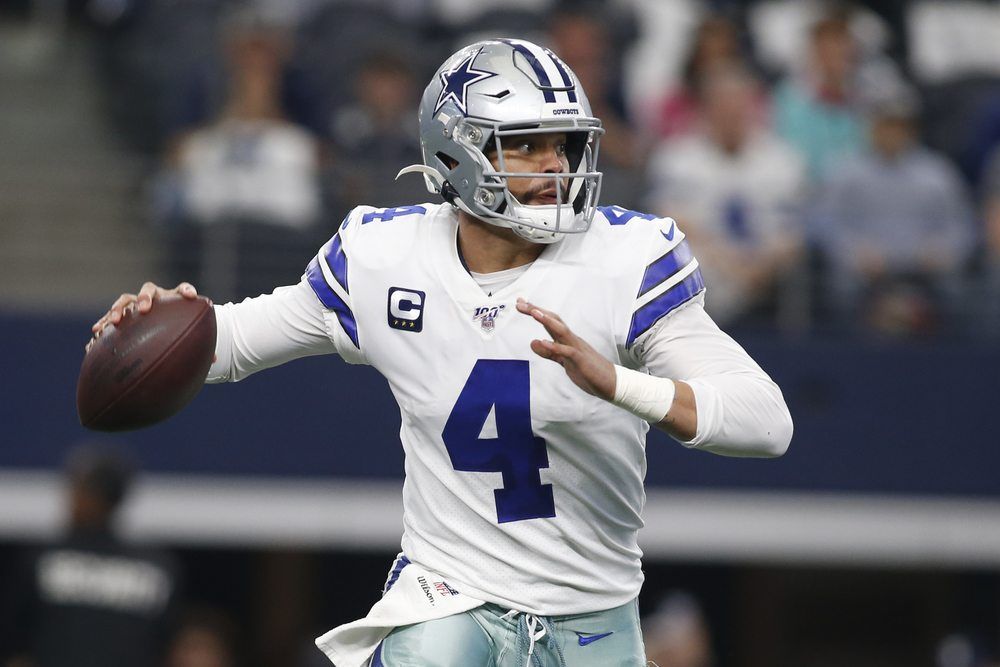 The deadline for franchise-tagged players to sign extensions has now come and gone, with no agreement reached between the Dallas Cowboys and Dak Prescott. A months-long saga with many twists and turns wrapped up Wednesday without a mega-deal, and the implications are hard to understate.

Prescott will now play under the tag in 2020, and become a free agent again next spring. He’ll earn $31.4 million this season, with his sights set on a massive payday in 2021. Were the Cowboys smart to kick the can down the road on paying Prescott? Today we’ll be taking a look at the case for both sides.

The case for paying Dak:

The argument for paying Prescott the whopping sum he’s looking for is pretty straightforward. He’s only 26, has shown he’s capable of playing at a very high level, and almost every other franchise has chosen to lock up their promising young quarterbacks at the conclusion of their rookie deals.

The Cowboys are taking a risk by not paying him now, and this could sour the future relationship between the two sides. Prescott will now become only the third quarterback ever to play a season under the franchise tag, and in each of the previous two instances it didn’t work out too well.

Drew Brees played under the tag with the Chargers in 2005, and Kirk Cousins played under it for two seasons with Washington from 2016-17. In both cases, the signal-callers ended up moving on to new teams after their last tag. The Cowboys obviously don’t want that to happen, and the precedents aren’t too encouraging.

Additionally, the contract situation could quickly take focus away from football in Dallas. In a season already bound to be filled with distractions due to the ongoing COVID-19 pandemic, tension between Prescott and the front office could turn into a media circus and disrupt the team.

Cousins’ contract was a constant and omnipresent distraction during his last couple of years in Washington, and it’s not surprising they failed to make the playoffs in both seasons. The Cowboys are starting a new era after nine years with Jason Garrett as head coach, and it would’ve been nice not to start off Mike McCarthy’s tenure with a lot of drama.

It could also come back to bite them financially. If Prescott thrives under McCarthy and has a huge year like everyone is hoping, they’ll only end up having to pay him more than if they had gotten a deal done now.

The case against paying Dak:

From the Cowboys’ perspective, Prescott isn’t in any danger of immediately leaving. Thanks to the NFL’s unique rules, he’s still under their control for the foreseeable future. If they’re unable to agree on a long-term extension next spring, they could easily tag him a second time just like Washington did with Cousins.

Although the lack of progress sparked a lot of buzz about Prescott potentially leaving Dallas one day, it doesn’t make much sense why he’d want to. The Cowboys are an iconic brand and one of the most storied franchises in the league, and there aren’t too many better options from Prescott’s perspective.

The endorsement money he’s able to make as the face of the Dallas Cowboys almost certainly outweighs whatever relatively small difference in salary he’d be able to eventually get from a team in a different market. Jerry Jones might drive a hard bargain, but the team’s owner has made it clear that he loves Prescott and isn’t going to allow his ego to get in the way of things.

While they’re of course taking a risk, it cuts both ways. If Prescott is inconsistent or struggles in McCarthy’s system in 2020, Dallas suddenly has all the leverage and won’t be locked into outdated terms.

Finally in an absolute worst case scenario where Prescott does one day move onto another team, the situation wouldn’t be completely unsalvageable for the Cowboys. In this day and age where more and more solid veteran quarterbacks are starting to hit free agency, the Cowboys would be in prime position to pick up one of the top options on the market.

It’s impossible to say for sure what the Cowboys should’ve done. While I’d lean more toward the side that says you don’t want to put any strain on the relationship with your young franchise quarterback, there are reasonable arguments on both sides. I’m bullish on Dallas’ chances in 2020, but this situation threatens to be a major distraction. In the end we may not know who was right for quite some time, potentially years down the line.