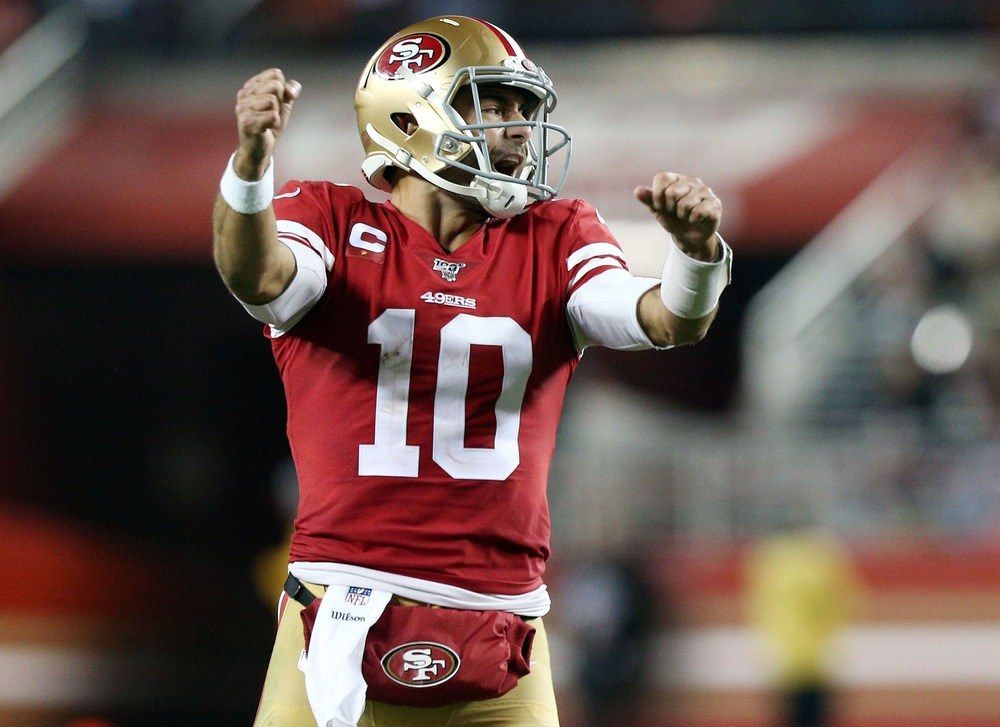 Since graduating from Davidson (The College That Stephen Curry Built), I have been writing about sports--just about any and all you can think of!--and coaching tennis in Atlanta, Ga. Beyond the four major sports, I am an avid tennis fan and cover the ATP Tour on a daily basis. If I'm not busy writing, you can generally find me on a tennis court or traveling the world wherever a sporting event takes me.
@Dimonator133
Published: 11:35 AM ET January 30, 2020

Can either team stop the other in Super Bowl LIV between the Kansas City Chiefs and San Francisco 49ers?

Well, yes. But if defensive stops do take place, it will likely be more about good defense than bad offense. After all, both the Kansas City and San Francisco attacks are well-oiled machines. The 49ers finished fourth in the NFL in total offense, while the Chiefs came in sixth. Both squads were even better in the scoring department; the 49ers were second and the Chiefs were fifth.

Let’s take a look at the two offenses and the numbers each one has compiled.

Kansas City is, of course, led by 2018 NFL MVP Patrick Mahomes. Even though the 24-year-old missed two games with a dislocated kneecap and his numbers tailed off significantly from the previous season, he still helped his team rack up 379.2 yards and 28.2 points per contest. To say Mahomes has been efficient would be an understatement. He tossed 26 touchdowns compared to only five interceptions during the regular season and his playoff ratio through two outings is infinity…well, 8-to-0 to be more specific.

In the Super Bowl (check out our free expert picks), balance will be a key for the Chiefs. They ranked fifth in passing offense at 281.1 yards per game but were one of 11 teams that average less than 100 rushing yards (23rd at 98.1 ypg). San Francisco boasts the best passing defense in the entire league but it found itself at No. 17 in rushing defense, so clearly Kansas City will have to run the ball on Sunday. If Damien Williams can establish himself early, things could open for Mahomes later in the game. Williams rushed for 498 yards and five touchdowns on 111 carries in the regular season. He has already found the endzone four times (three rushing, one receiving) in the playoffs—thrice during the Chiefs’ 51-31 divisional-round win over Houston in which they once trailed 24-0.

With the 49ers, you cannot really say that balance is going to be a factor. You just know that’s not going to the case. Of course, one can only assume that San Francisco’s offense will be more balanced than it was in the NFC Championship—which isn’t saying a lot! In a 37-20 blowout of Green Bay, the Niners kept the ball on the ground 42 times while passing it a grand total of eight times. That’s right; quarterback Jimmy Garoppolo went 6-of-8 for 77 yards with no touchdowns or interceptions.

This club is, however, capable of flinging it downfield. It finished in the middle of the pack in the NFL with 237.0 passing yards per game. Garoppolo and company are capable of being even better, too; they simply haven’t had to because of the fact that they generally play from ahead and the running game has been so effective (second in the NFL behind Baltimore). Breakout performer Raheem Mostert amassed 772 yards on 137 attempts (5.6 ypg) while scoring eight touchdowns in the regular season. Mostert, who is +550 to win Super Bowl MPV, is coming off a four-touchdown explosion in the NFC Championship.