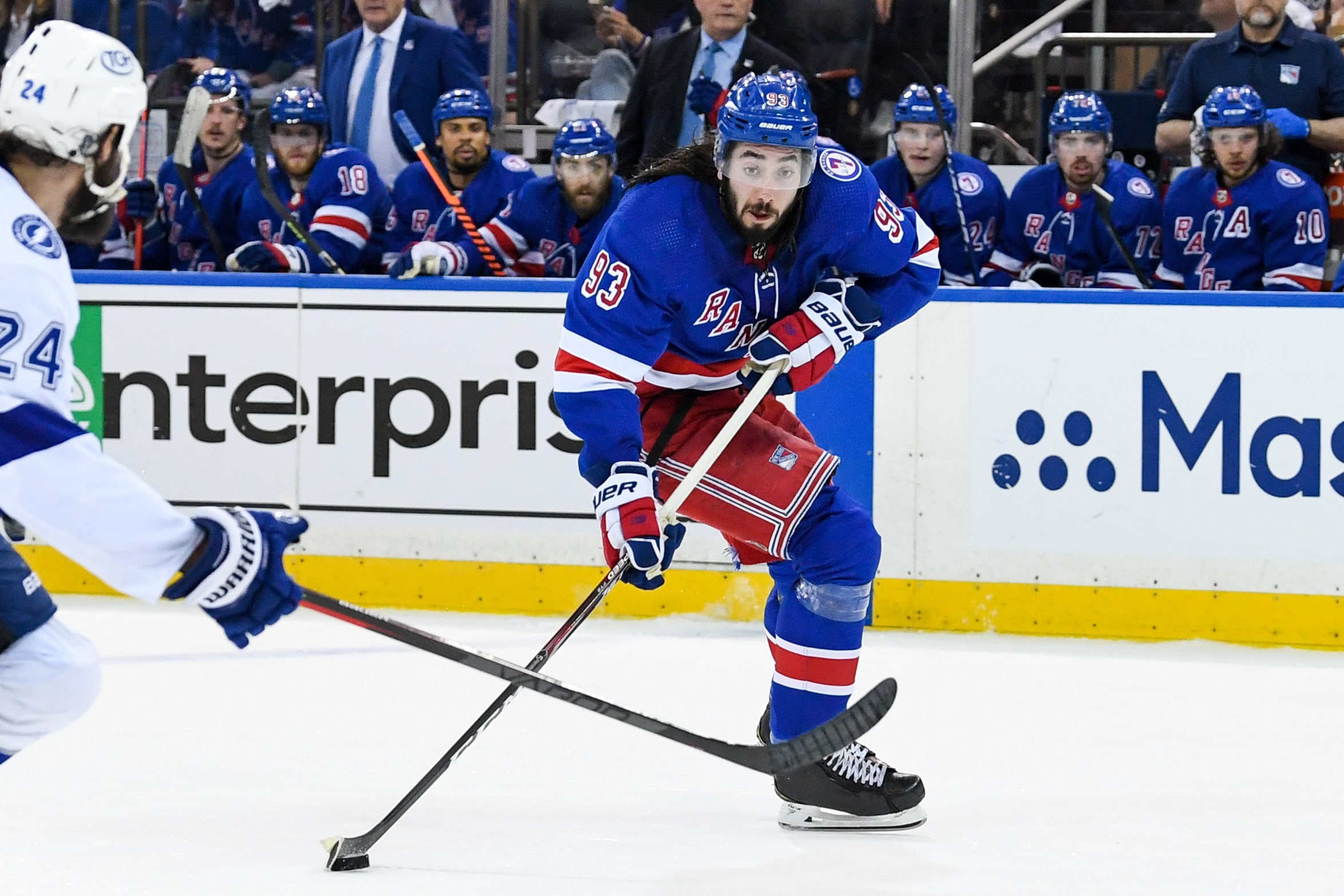 Game 5 of the Eastern Conference Finals between the Tampa Bay Lightning and New York Rangers is set to take place on Thursday night. With Game 5 comes another venue change back to New York and the iconic Madison Square Garden. The Lightning took both games in Tampa Bay and have now tied the series at 2-2, while the Rangers will be relying on home ice to help them take the series lead. Looking at Game 5, we have found 3 bets to provide you with a same game parlay that has a payout of just over 6/1 at DraftKings Sportsbook.

But before we dive in, be sure to check out all of our picks and previews for every game tonight. You can also follow Pickswise on Twitter for plenty of daily betting content.

The matchup we anticipated all series was that of the goaltending, and it hasn’t disappointed. Igor Shesterkin for the Rangers is the favorite for the Vezina Trophy as the best goalie in the regular season and he still hasn’t allowed more than 3 goals in a game since Game 4 of the 1st round. All Tampa Bay’s Andrei Vasilevskiy has done is drop the number of goals he’s allowed in every game this series as well as average 1.9 goals against in his last 10 playoff games this postseason. With the last 3 games going under 5.5 goals, lean on the goalies to continue that trend and play the under.

Mika Zibanejad is currently tied for 4th in goals scored in the playoffs with 10 goals. He’s also had the hot hand lately, scoring in 3 of the 4 games so far in the series against the Lightning. Zibanejad also loves New York, as he has scored in the last 6 home games. The opportunities for him to score in Game 5 should be there, as well, as he is the top-line center for the Rangers as well as on their top powerplay unit — which leads the league in the playoffs. Look for Zibanejad to light the lamp on Thursday and continue his home goal-scoring streak.