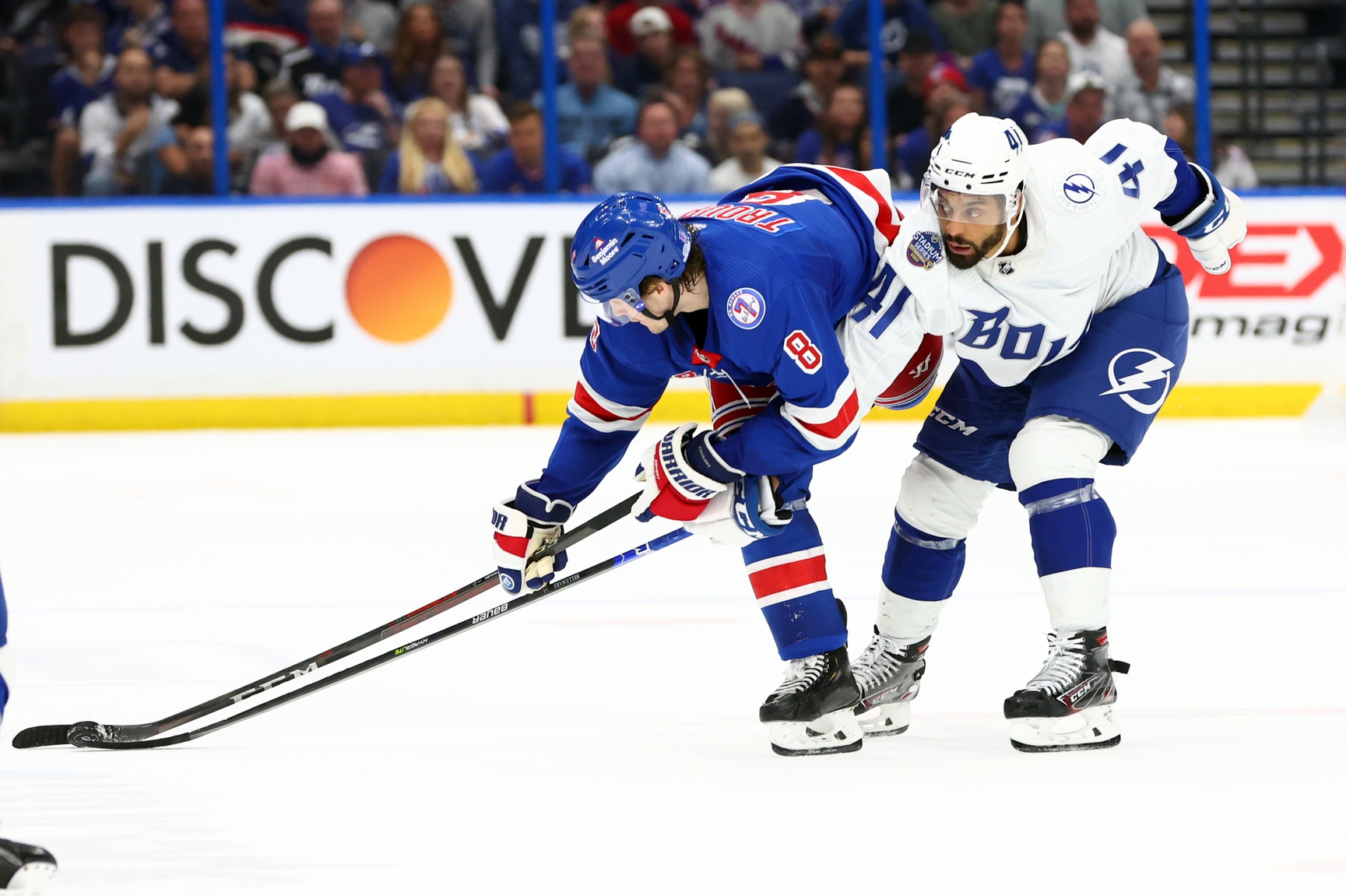 The Eastern Conference Finals in the NHL starts on Wednesday, as the Tampa Bay Lightning start the series on the road at Madison Square Garden against the New York Rangers. We’ve combed through this game to help you bet it with a same game parlay that has a payout of over 7/1 at DraftKings Sportsbook. But before we dive in, be sure to check out all of our picks and previews for every game tonight.  You can also follow Pickswise on Twitter for plenty of daily betting content.

The Rangers just finished off the Hurricanes in 7 games on Monday, only giving them 1 day of rest in between series, which included travel back to New York. On top of the long series against the Hurricanes, this is the 2nd straight series where the Rangers needed all 7 games to advance. The Lightning, however, have been off since last week after sweeping the Panthers and will have the energy to jump on the Rangers early in the game. The Lightning are also scoring just under 1 goal per game in the first period in the playoffs. Look for the Lightning to take advantage of a tired Rangers team and to win the 1st period.

On top of the fatigue factor the Rangers will be dealing with, they also have to contend with the way the Lightning win. In the 8 wins in the playoffs for the Lightning, they have won by 2 or more goals in 5 of them. They are also averaging 3.88 goals for per game in their wins and only allowing 1.63 goals against. The Lightning are also just more experienced than the Rangers. Having won back-to-back Cups, they know a convincing win in Game 1 can set the tone for the rest of the series. Look for the Lightning to make a statement in Game 1 of the Eastern Conference Finals and to cover the spread.

This series may well come down to which offense can figure out the opposing goaltender. The Rangers come in being backstopped by Igor Shesterkin. Shesterkin, who should win the Vezina for best goalie in the regular season, allowed an average of 1.85 goals against in the series against the Hurricanes and ranked 2nd in goals saved above expected out of all goalies that played in round 2.

The Lightning will counter with Andrei Vasilevskiy, a 2-time Stanley Cup winner, former Vezina Trophy winner and someone who just absolutely shut down the best offense in the regular season, the Panthers, by allowing just 3 goals all series. If that isn’t enough, he was also the only goalie better than Shesterkin in the 2nd round, ranking 1st in goals saved above expected. The goalies will be too much, so look to bet the under.