HomeAnalysisMLB Analysis10 MLB players who could have breakout seasons in 2020

10 MLB players who could have breakout seasons in 2020 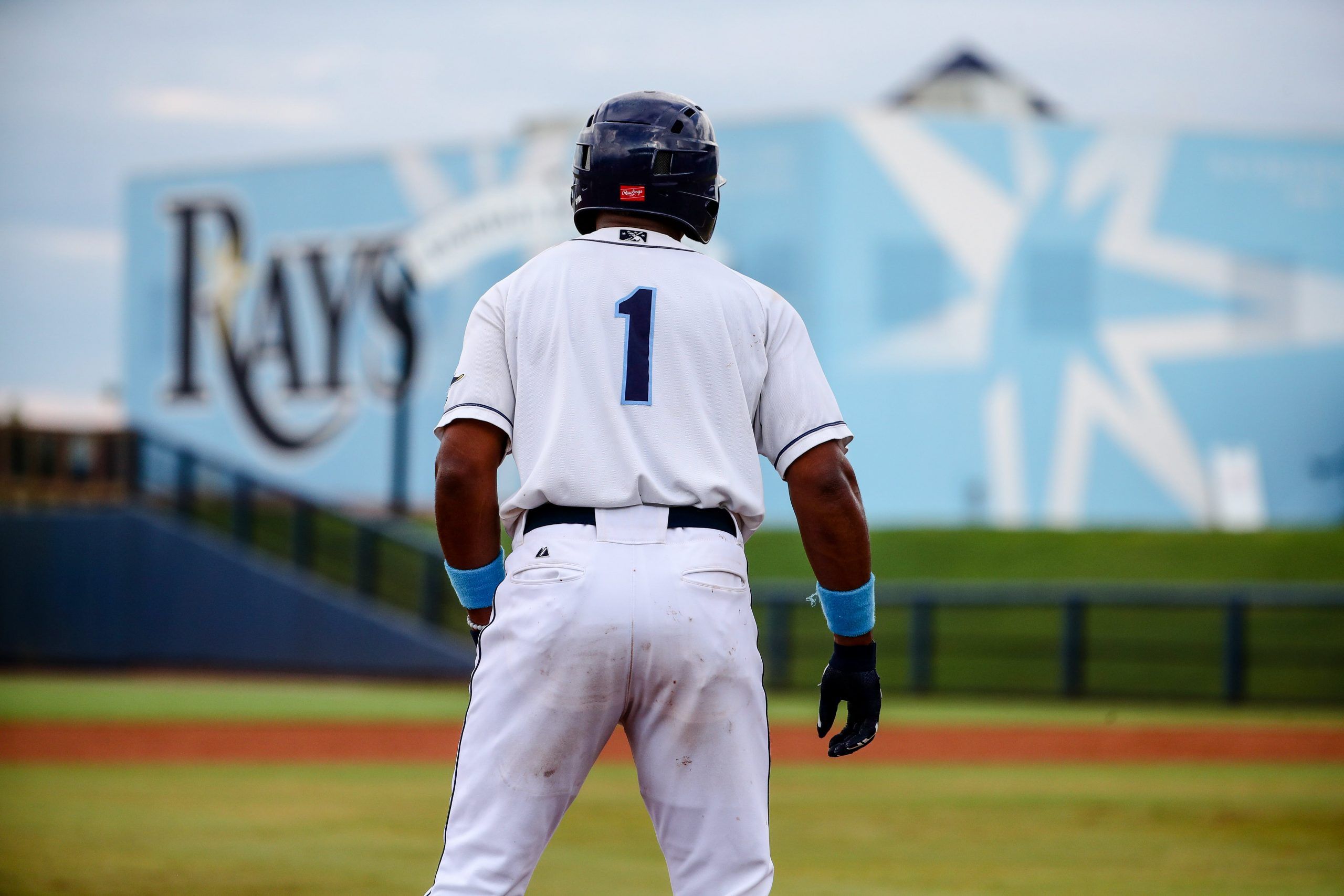 Since graduating from Davidson (The College That Stephen Curry Built), I have been writing about sports--just about any and all you can think of!--and coaching tennis in Atlanta, Ga. Beyond the four major sports, I am an avid tennis fan and cover the ATP Tour on a daily basis. If I'm not busy writing, you can generally find me on a tennis court or traveling the world wherever a sporting event takes me.
@Dimonator133
Updated: 11:14 AM ET July 22, 2020

Whereas the Major League Baseball season is normally a marathon, this year it is going to be a sprint. If any individual player wants to produce a memorable 2020 campaign, he cannot afford to get off to a slow start. That may be easier said than done for up-and-coming players who do not have much MLB experience. Nonetheless, there are plenty of rising stars who are capable of making an instant impact in the big leagues even amidst difficult circumstances.

Let’s take a look at 10 players who could break out this season—five in each league.

Tampa Bay is one of our best value picks to win the World Series. This team’s pitching rotation is especially impressive, led by 2018 Cy Young Award winner Blake Snell and veteran right-hander Charlie Morton. The lineup, however, could get a big boost in 2020 from none other than Franco. Still just 19 years old, the Dominican shortstop signed with Tampa Bay at 16 in the summer of 2017. Following a few stellar seasons in the minor leagues, Franco is ready to make the jump. If and when he does make that jump, it won’t take him long to leave Rays fans in a state of wonder.

Franco has been one of baseball’s top prospects for a couple of years; Buxton has already been one of baseball’s top prospects for many years. The No. 2 overall pick in the 2012 draft behind current Houston Astros star Carlos Correa, Buxton may finally be primed to live up to his great potential. The 26-year-old batted a career-best .262 in 2019 and hit 10 home runs to go along with 46 RBIs, 48 runs scored, and 14 stolen bases in just 87 games. If Buxton can stay on the field for a full 60 games this season, his trend of improvement will continue in a major way.

Robert has never played a game in the major leagues, but he has been absolutely bashing the ball for the White Sox during preseason action. That should come as no surprise to anyone who has been following the 22-year-old’s progress in the minors. Robert hit a combined .328 with 32 home runs, 92 RBIs, 108 runs, and 36 stolen bases last year at Class A, Double-A, and Triple-A. He was the first minor leaguer since Joc Pederson of the Los Angeles Dodgers in 2014 with at least 30 homers and 30 steals.

The Angels already have Mike Trout, Shohei Ohtani, and newcomer Anthony Rendon. What else do they need? Well, adding Adell to the stable certainly wouldn’t hurt. The 21-year-old center fielder was selected 10th overall in the 2017 draft and he is now ready for his MLB debut following a trio of stellar minor-league campaigns. It’s also worth mentioning that if any player benefited from the four-month hiatus due to the coronavirus pandemic, it is Adell. The former University of Louisville star suffered a sprained ankle in spring training and would have missed the first two months of the season.

All signs point to Luzardo breaking through with Oakland in 2020. Between 2017 and 2019, the 22-year-old Venezuelan compiled a 2.53 ERA with 10.8 strikeouts per nine innings in 195.2 total innings of work. He made his MLB debut last September and in six relief appearances for the Athletics spanning 12.0 innings he had a 1.50 ERA and 16 strikeouts compared to just three walks. Luzardo tested positive for the coronavirus earlier this month but it did not take him long to get back on the field following a negative test. He should be good to go when the season begins, and the Athletics will certainly be better for it.

The Brewers are one of our top picks to exceed their Over/Under win total in 2020, and Houser could be a big reason why. He may be the second-oldest player on this list at 27 years old, but that does not disqualify him from having breakout potential. Last season marked the first time Houser logged any kind of substantial time in the majors, and he made the most of it. In 35 appearances (18 starts), the second-round draft pick in 2011 recorded a 3.72 ERA in addition to 125 strikeouts in 127.0 innings.

The proud distinction of being the oldest player mentioned here goes to Lamet, who is 28. Set for his third season in Major League Baseball, the Dominic righty probably would have been a mainstay on the scene at this point if not for Tommy John surgery two years ago. He missed all of the 2018 campaign but returned impressively last season, compiling a 4.07 ERA and mowing down 105 batters in just 73.0 innings. In 2017, Lamet struck out 139 hitters in 114.1 innings. He has the kind of filthy stuff that could make him an ace…and soon.

Like Franco and Buxton in the American League, Hoerner is already a fairly big name in hardcore baseball circles. The 23-year-old shortstop made some headlines for the Cubs in 2019, batting .282 with three home runs and 17 RBIs in 20 games while also displaying a flair for the clutch hit. Hoerner played three seasons of college baseball at Stanford before being drafted by Chicago in the first round of the 2018 draft. In 70 Double-A games prior to getting called up last summer, the Oakland, Calif. native batted .284 with three homers, 22 RBIs, and eight stolen bases.

The Pirates probably aren’t going anywhere in 2020—especially not in a division that also includes the Brewers, Cubs, St. Louis Cardinals, and Cincinnati Reds. They are building for the future, and one of those building blocks is Keller. The 24-year-old right-hander went 1-5 with a 7.11 ERA in 11 major-league starts last season, so why is he an emerging star? Well, Keller recorded 65 strikeouts and walked just 16 batters in 48.0 innings. That is a 4.1 strikeout-to-walk ratio for those counting. Additionally, he went 12-4 with a 3.48 ERA in 25 starts at three different minor-league levels in 2018.

Washington begins its World Series title defense against the National League West rival Los Angeles Dodgers on Thursday night (check out our free daily MLB expert picks). Anthony Rendon is gone and Ryan Zimmerman has opted out of the season, but Robles may be just what the doctor ordered for the Nationals to fill the voids. Juan Soto was the Nats’ breakout star in 2019 and it may be Robles who takes the mantle in 2020. The 23-year-old center fielder showed signs of promise with 17 homers, 65 RBIs, and 28 stolen bases as a rookie.