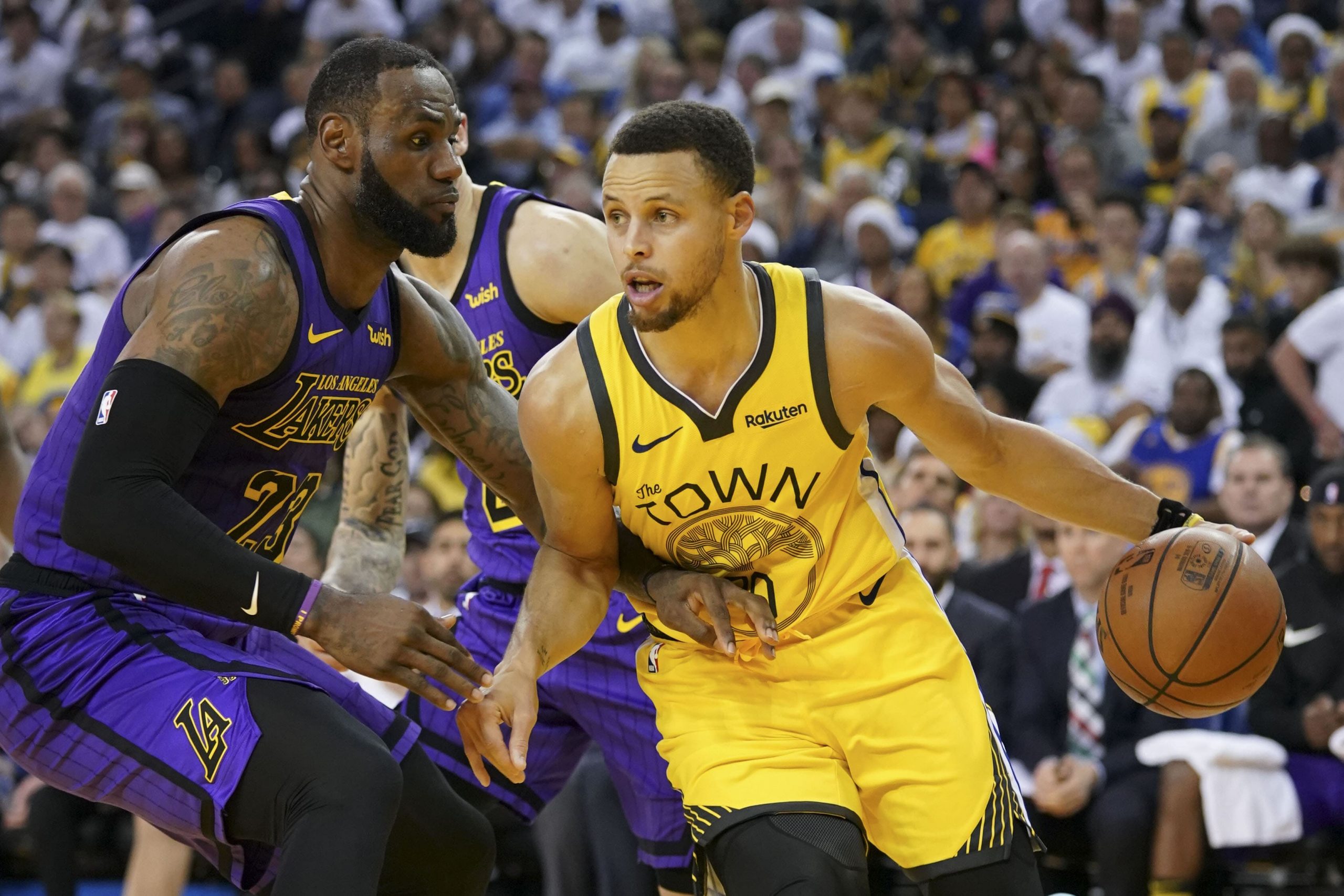 It’s a small slate in the NBA on Thursday, but it still packs a big punch. Among the players in action are LeBron James, Anthony Davis, Giannis Antetokounmpo, Zion Williamson, Donovan Mitchell, and Stephen Curry. The night tips off with the Milwaukee Bucks hosting the Los Angeles Lakers, the first leg of a TNT double-header that is followed by the New Orleans Pelicans’ trip to the Utah Jazz. In the nightcap, Curry and the Golden State Warriors welcome the New York Knicks to town.

Here’s our four-leg parlay for Thursday:

For this parlay we mix in one favorite against the spread, two outright winners, and an over play. Let’s break down each of the four legs one by one.

A loss to Golden State is not as bad as it would have been earlier in the season when the Warriors were a disaster, but the way in which the Lakers went down on Monday was alarming. Los Angeles led by 14 points in the fourth quarter before collapsing and getting cooked by Curry. Although the Bucks also lost their most recent outing, as well, that was far more understandable because it came against Brooklyn—plus, it was a 125-123 thriller at the end of which Khris Middleton shot a potential game-winning three-pointer that went in and out. As expected, Jrue Holiday has made an instant impact in providing support for Antetokounmpo and Middleton. The Bucks are 6-1 at home this season and should be able to prevail inside its own friendly confines even against the best team in the Western Conference.

You can go ahead and expect fireworks in this one. Obviously these are two of the most talented teams in the business, with a ton of offensive firepower. It is true that the Lakers also play great defense, but the Bucks’ offense is good enough to solve that problem and they also play fast enough to light up the scoreboard even when they don’t necessarily shoot the ball extremely well from the floor. Although L.A. doesn’t push the ball a ton, LeBron and company are more than happy to oblige when their opposition wants to employ that kind of game-plan. Milwaukee is eighth in the NBA in possessions per game and will certainly speed things up here, as well. More possessions mean more scoring opportunities for Antetokounmpo, Middleton, Holiday, LeBron, and Davis. With that kind of star power on the floor, there should be plenty of points to go around.

This is the second straight game between these two teams in Utah, with the Jazz winning the first leg 118-102 on Tuesday. Utah is now riding the longest current winning streak in the NBA (six). This team is tied for best record in the league over the last 10 games (8-2). The Jazz have been shooting from deep incredibly well of late, having drained at least 20 three-pointers in four of the last six contests, including 21 against the Pelicans. They should have a similar level of success shooting in this rematch, as the New Orleans ranks 23rd in the NBA in opponents’ three-point percentage. Clearly the Jazz’s performance earlier this week was not an aberration. Anchored by Rudy Gobert, Utah also plays stellar defense (third in the league in opponents’ points per game). Look for the home team to come out on top once again.

The Knicks are still playing solid defense, but in general they have cooled off since their early-season hot streak. Golden State, on the other hand, is going in the other direction. As mentioned above, Curry and company produced an amazing comeback against the Lakers on Monday—their first of two straight wins, having also knocked off San Antonio 121-99 on Wednesday. Andrew Wiggins is averaging more than 17 points per game and Draymond Green is healthy and back in the lineup. The Warriors have covered in six of their last nine games overall and have beaten the Knicks in five of their last six at home. New York just won’t have enough offense to keep up.