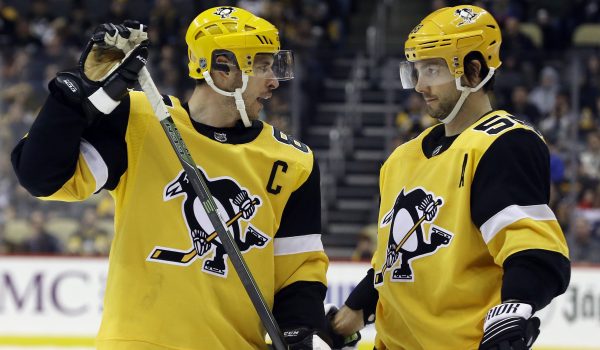 We have an extensive 10-game slate in the NHL on Thursday, headlined by a showdown between a pair of Central Division leaders in the Carolina Hurricanes and Florida Panthers. Also in action are the Toronto Maple Leafs, Boston Bruins, Pittsburgh Penguins, and Tampa Bay Lightning, among many others. There is plenty to choose form when it comes to forming a potentially lucrative NHL mega parlay, but don’t forget to also check out all of our picks on the side and total for each of those matchups.

Let’s take a look at the best four-team parlay option for today’s schedule on the ice.

For this parlay, we are going with three favorites on the puck line—two of which payout at plus money—and one underdog to win outright. Let’s break down each of the four legs one by one.

The Penguins were able to get back in the win column on Tuesday with a win over the Devils. Jeff Carter got his first goal in a Pittsburgh uniform in the win after being acquired from the Kings earlier this month. The line consisting of Carter, Jared McCann, and Jason Zucker has been tremendous through their first four games, scoring four goals—including two on Tuesday night. They have been a great complement to the top line of Crosby, Guentzel, and Rust—which is one of the best in the entire league.

As for the Devils, they dropped their seventh straight game on Tuesday. P.K. Subban was placed on the COVID-19 list earlier this week and the injured list also includes starting goaltender Mackenzie Blackwood plus Ty Smith, Jesper Bratt, and Pavel Zacha.

This game is the third of four consecutive meetings between these two teams. The Stars won the first two and are hoping they can continue their climb into a playoff spot. Led by defensemen Miro Heiskanen and John Klingberg, they are holding opponents to only 2.33 goals per game — the fourth-best mark in the NHL. They are also limiting opponents to only 26.4 shots per game — second-best in the NHL. The Stars also boast the sixth-best powerplay in the NHL. Meanwhile, the Red Wings are scoring the second-fewest goals per game this season at only 2.21. Count on Detroit losing its fourth game in a row. 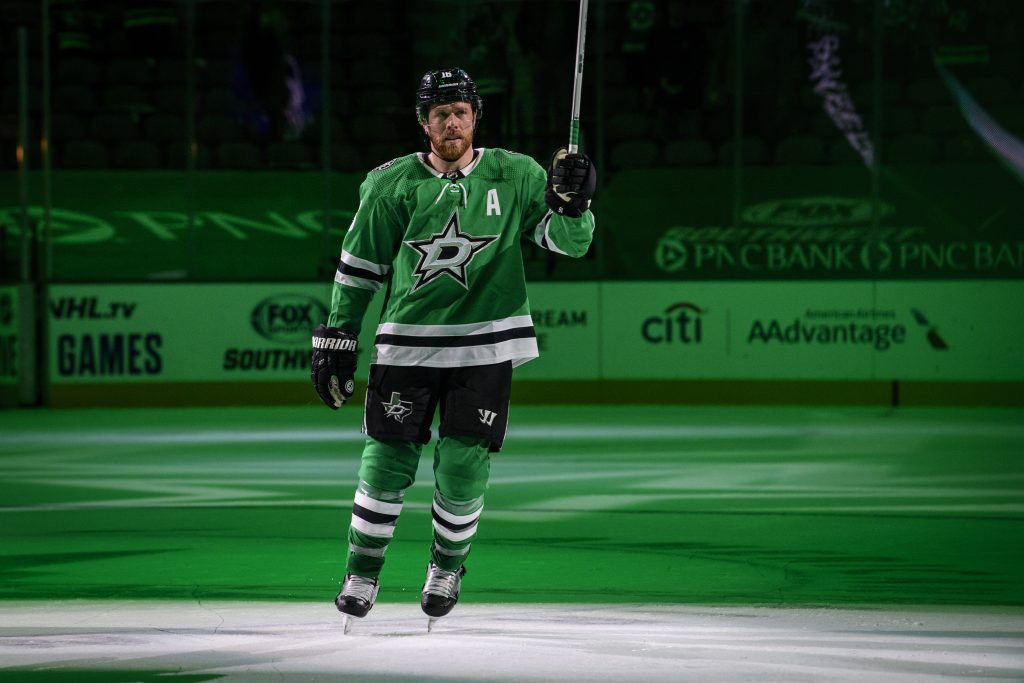 The Rangers still believe they can catch Boston for the final playoff spot, as they sit six points behind and play the Bruins the last two games of the year. But it will not matter unless they get the points against the lower teams in their division like the Flyers.

New York has won four of its last five and is 6-2-2 in its last 10. Over their last five games the Rangers have put up impressive numbers with 3.8 goals per game and a penalty kill at 91.7 percent. Igor Shesterkin has taken the top goalie job and has run with it, winning four of his last five starts with a .915 save percentage and 2.23 goals-against average during this stretch (including two shutouts). The Flyers have fallen from one of the favorites to win the division during the preseason to sixth. Claude Giroux has no goals in his last nine and Joel Farabee—who leads the team with 15 on the year—has one in his last 14.

The Canucks are playing their third game since their four-week coronavirus hiatus. The first two could not have gone any better: 3-2 and 6-3 upsets of Toronto. That’s all well and good for the Canucks, but it could create a letdown spot against a much worse team than the Maple Leafs. There really isn’t a lot to get excited about when facing the Senators. Moreover, winning streaks have not been easy to come by for the Canucks in 2021. This is just their fourth winning streak (at least two games) of the entire season; they just don’t string together many victories in succession on a regular basis.

Although the Senators are far from good, they are starting to play better hockey. They have won two in a row and three of their last four–including the last two by a combined margin of 8-2 against Montreal and Calgary. Goalie Matt Murray is expected to make his fourth consecutive start, and why not? Murray has totally turned things around in April, compiling a .942 save percentage this month while allowing only five goals in three games.