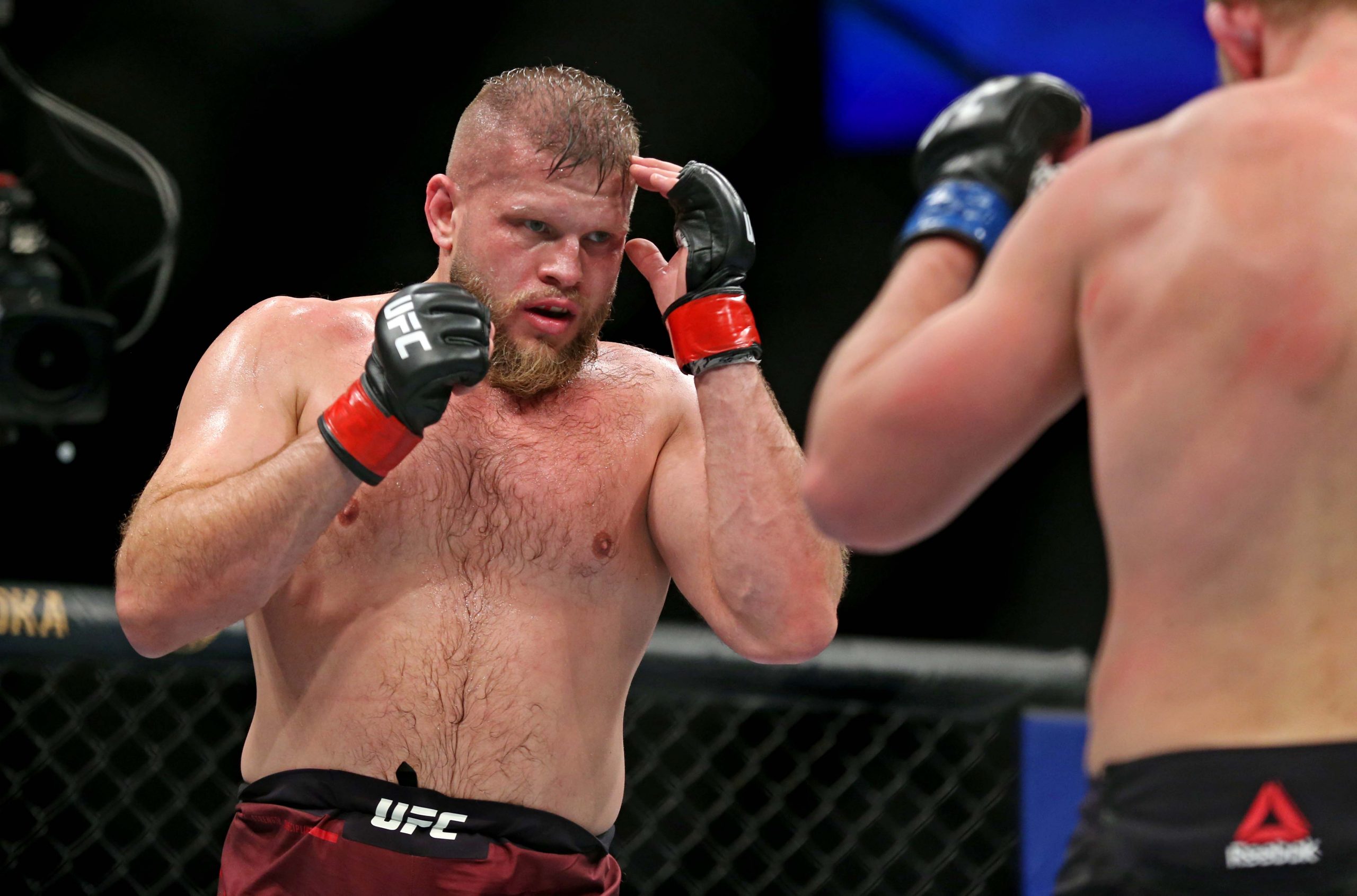 UFC 267 takes place on Saturday at the Etihad Arena in Abu Dhabi. The card will feature a light heavyweight title fight as the main event.

Alexander Volkov comes into this fight 7-3 in the UFC. Volkov is averaging 4.84 significant strikes per minute and has a striking accuracy of 57%. He is absorbing 2.88 strikes and has a striking defense of 54%. His grappling is only decent, averaging 0.57 takedowns per every 15 minutes. He has a takedown accuracy of 70% and a takedown defense of 67%.

Tybura comes into this fight 9-5 in the UFC, most recently beating Walt Harris by TKO/KO back in June of this year. Tybura is averaging 3.63 significant strikes per minute and has a striking accuracy of 50%. He is absorbing 3.31 strikes and has a striking defense of 55%. His grappling is solid, averaging 1.67 takedowns per every 15 minutes. His takedown accuracy is 45% and his takedown defense is 82%.

Tybura has come on strong in his last couple of fights, suggesting he might be undervalued here. Combined these guys have 31 wins by TKO/KO, so backing this fight to end by TKO/KO will be the play.

Khamzat Chimaev comes into this fight with an MMA record of 9-0. He is 3-0 in the UFC, most recently beating Gerald Meerschaert by TKO/KO back in September of 2020. Chimaev is averaging 9.03 significant strikes per minute and has a striking accuracy of 72%. He is absorbing 0.10 strikes and has a striking defense of 66%. His grappling has also been elite, averaging 4.67 takedowns per every 15 minutes and 3.1 submission attempts during the same time period. He has a takedown accuracy of 75% and has not had to defend a takedown in the UFC.

Chimaev has been far too good to believe he will not win here. Though his price is also way too high. He has finished every one of his career fights, so backing him to do the same here looks like a must play.