HomeAnalysisNFL NewsView from the Front Office: Breaking down why rookie quarterbacks are struggling to make an impact

View from the Front Office: Breaking down why rookie quarterbacks are struggling to make an impact 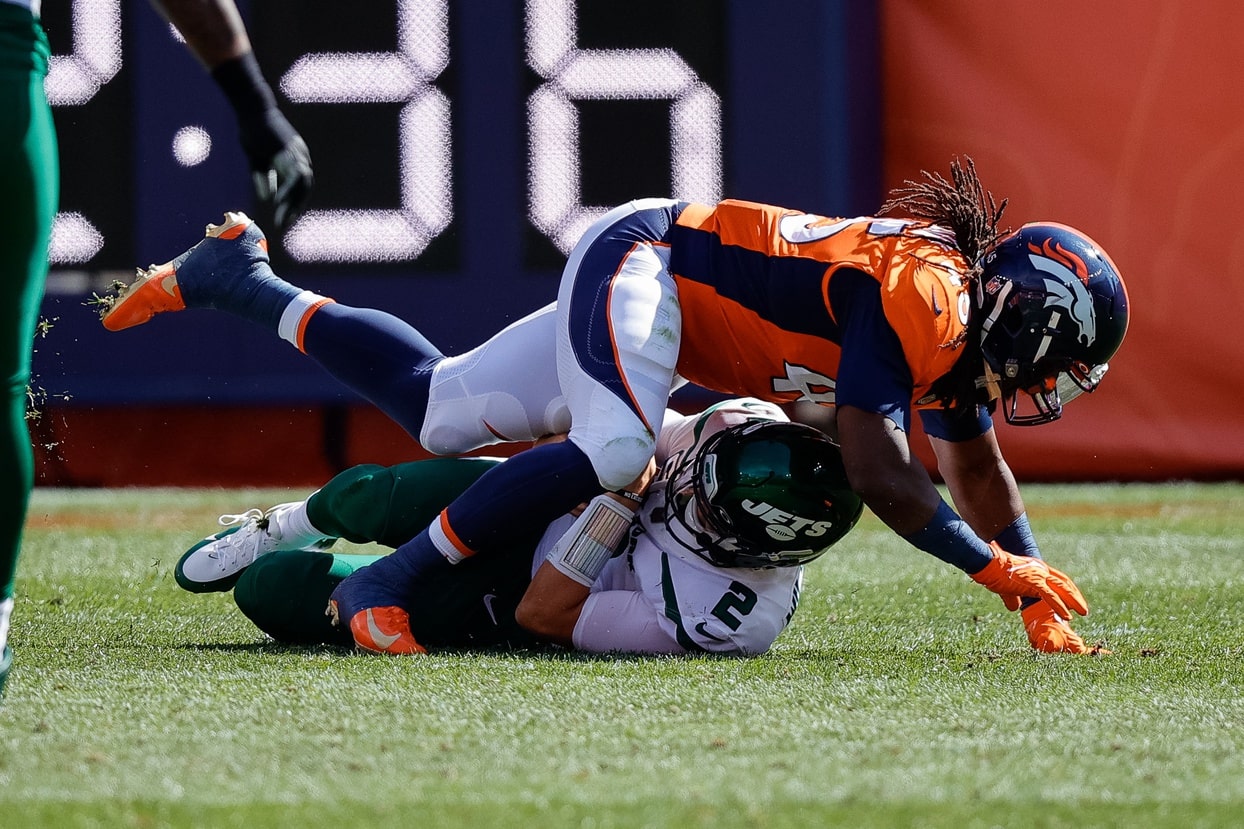 There is no textbook for developing a rookie quarterback. Talent, culture, and coaching go a long way to providing a first-year QB with a chance of succeeding.

The rookie QBs this season are struggling right now, and the lack of reps in preseason is showing up more than ever. It is hard to play fast if you are not fully understanding every single detail of what is being asked of you by the offense. The one common flaw I see in all of the first-year quarterbacks right now is that the game seems too fast for them. When a QB can run an install meeting for the entire offense is when you know he is the right guy, and I saw that with Drew Brees in New Orleans.

In 2013, the Bills drafted EJ Manuel in the first round. I was hired by Buffalo in May of that year (right after the draft) coming from New Orleans, where we felt like Manuel was more of a third or fourth-round type of QB that could eventually develop into a starter. Kevin Kolb was supposed to be the starter in 2013 to give Manuel time to develop, but an injury early in training camp thrust him into the starting role.

To Manuel’s credit, he was playing well for a first-year starter until he suffered a knee injury in Week 5 against Cleveland and again later that season against Jacksonville. After Week 4 in 2014, a decision was made to bench Manuel for veteran Kyle Orton. Orton was viewed as a player who could operate the offense better while Manuel could continue to really learn the offense.

I remember sitting in the room with Doug Marrone (Bills head coach at the time), GM Doug Whaley, Manuel, and his father as we broke the news to EJ that he was being benched. It felt wrong and did not come across to anyone that we really had a plan that was in Manuel’s best interest, regardless of whether he was talented enough or not. I could see it in the eyes of EJ and his father as we told them.

Trevor Lawrence, Zach Wilson, and Davis Mills are dealing with first-year head coaches just like Doug Marrone was for Manuel. Justin Fields is being developed by a coach who already failed to develop Mitch Trubisky. The two rookies in the best culture right now are Mac Jones and Trey Lance. They both have proven Super Bowl-quality coaches that know how to build a roster for success. Pay attention to the quarterbacks who cut down on their mistakes as the season progresses and that should tell you who is heading in the right direction and who is stuck in a hamster wheel that is not necessarily their fault.

Coach and GM in the sauna: Nagy and Pace feel the heat 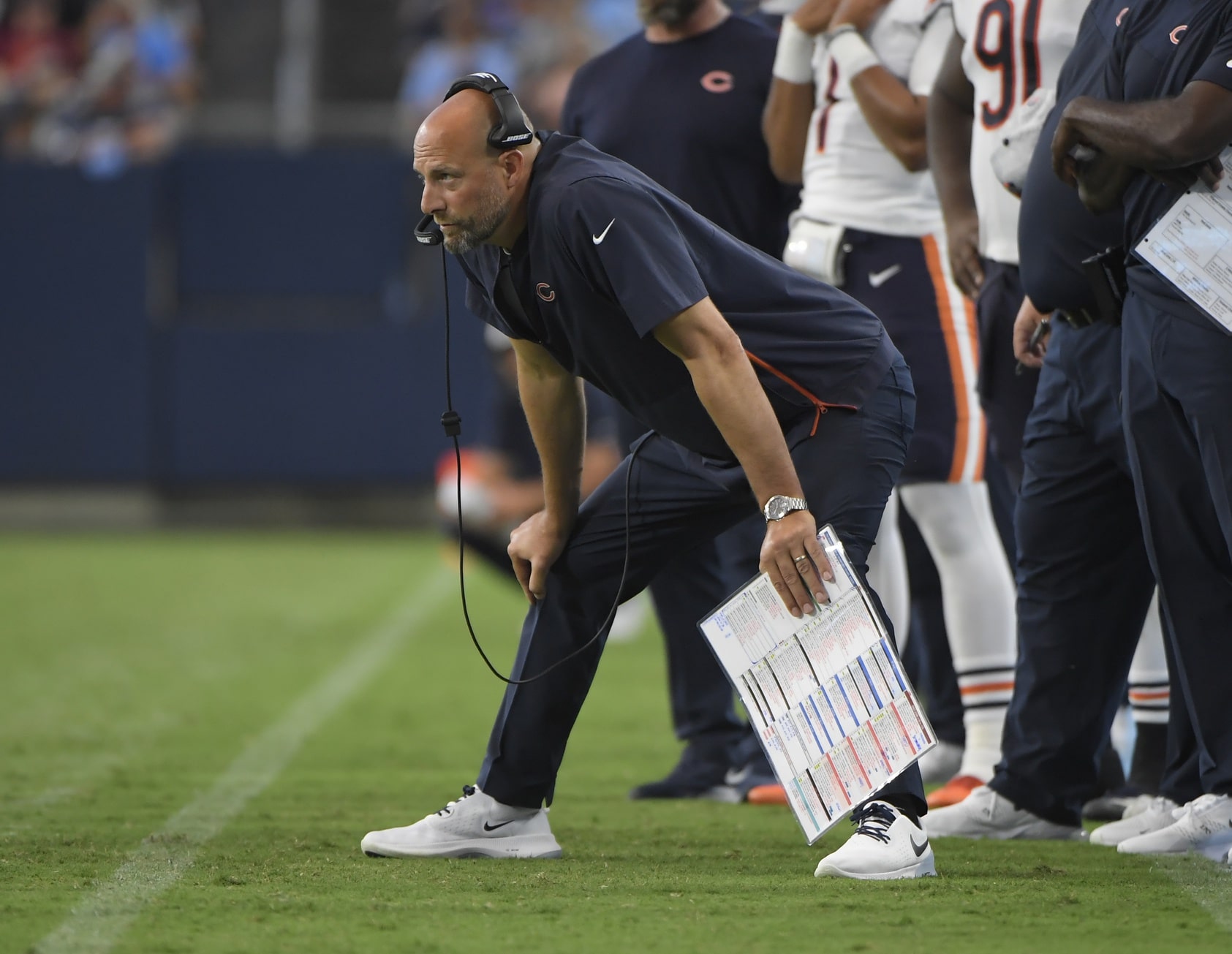 It’s a lonely feeling for decision-makers when things are going bad, and everyone knows who is at fault. Bears GM Ryan Pace hired head coach Matt Nagy and the two are linked together at this point.

The entire NFL missed out on Patrick Mahomes. He clearly should have been the first pick in the 2017 draft, and what makes that even harder for Pace to take is that he actually traded up in that draft to take Trubisky. I’m speaking on this as part of one of the teams that passed on Mahomes when we were in Buffalo and made the trade with the Chiefs. We had just hired Sean McDermott and decided to keep Tyrod Taylor as our starter. We made the most of the move, drafting Tre’Davious White while acquiring the capital for Buffalo to go up and get Josh Allen the following year. Unfortunately for the Bears, they were not able to make it work with Trubisky.

Bears ownership supported Pace and Nagy after the 2020 season when most thought they would be fired. Chicago put a plan together to go after Russell Wilson before the 2021 draft. The Bears thought the deal was done until Pete Carroll decided at the last minute to not go through with it and left Pace scrambling. He signed Andy Dalton as a stop-gap starter for a year. The Bears then decided to trade up for Fields in the draft to breathe life into the organization again.

Chicago did not want to rush Fields into the lineup right away, but Dalton’s injury meant the Ohio State product was thrust into starting Week 3, and we all saw what happened as the Bears mustered a pathetic 47 yards of offense and Fields was sacked nine times. Who came up with that gameplan? Who did not make any adjustments when it was obvious Plan A was not effective? That falls on the head coach. Pace and Nagy have made monumental poor decisions and could be exiting Chicago together unless they prove they can develop Fields.

Make sure you read our Pickswise Supercomputer’s best value futures bets for the rest of the season!

After watching film of every Week 3 game, I can see which quarterbacks put in great performances and which ones put up what I like to call “fake stats”, where their numbers in the boxscore are misleading. Let’s dive in.

I already hate myself for backing the Jets, but I’m actually seeing improvement with QB Zach Wilson. New York is ranked 14th in run defense which is a must when going against the running of Derrick Henry. I feel like Wilson can take some shots down the field against the Titans, who rank 25th in opponent YPA. The Jets can win this game if they limit the threat of play-action passing from Tannehill.

Carson Wentz is exhausting to watch. He is inconsistent right now and not making big plays down the field, ranking 25th in yards/play and 23rd in YPA. What is really concerning with Indianapolis is their defense. They rank 28th in yards/play and sack percentage respectively. I expect Miami to get their season back on track in this one.

Make sure you read our picks on the side and total EVERY Week 4 NFL game!