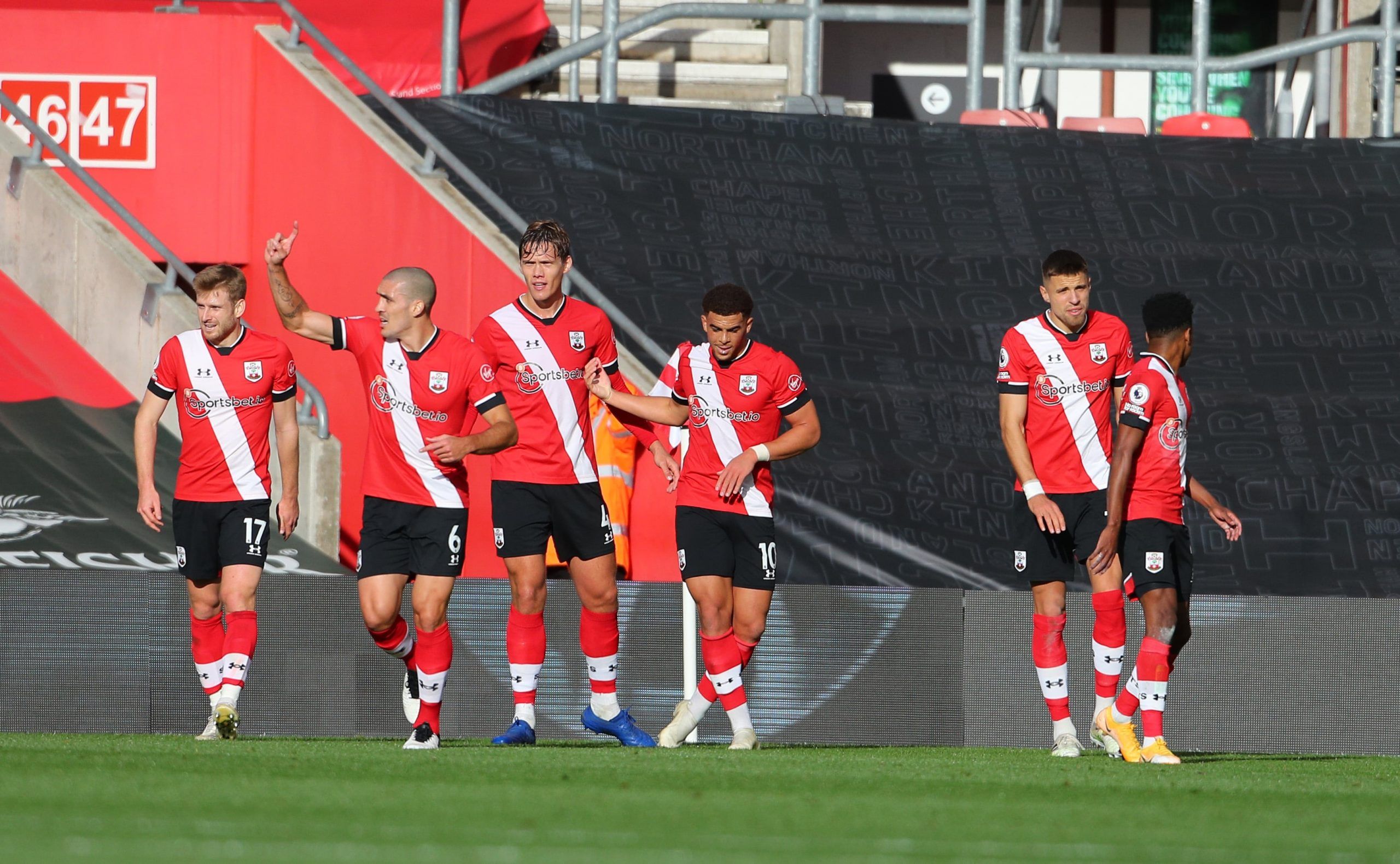 We’ve come up with a three-game parlay for you to boost your excitement, covering some of the biggest clashes of the day. Be sure to check out the rest of our Premier League soccer predictions for this week, and remember to gamble responsibly. A parlay of three EPL predictions can land a huge winning ticket, paying odds of +3654 with DraftKings — more than 36/1!

Arsenal is one of the biggest clubs in world football with one of its richest histories, but right now it is struggling.

Manager Mikel Arteta looked like a man who had run out of excuses as the famous Gunners were shot down by Burnley at home at the weekend.

That’s five Premier League matches without a win and while star striker Pierre-Emerick Aubameyang finally managed to find the net after a long drought – it was at the wrong end of the pitch. His own goal handed Burnley a 1-0 win and left Arsenal just above the relegation places.

Southampton arrives at the Emirates Stadium, in complete contrast, feeling on top of the world after crushing Sheffield United 3-0.

There is no such thing as home advantage in the Premier League where the stadiums lie empty and Arsenal could well fall to a fifth loss in seven home fixtures.

Another team on the road quite capable of taking all three points is Newcastle at Leeds.

Newcastle has overcome the COVID issues which meant it had to postpone a game against Aston Villa two weeks ago, with an almost full-strength team taking down West Brom on Saturday.

And Newcastle, which is always set up defensively on the road to try to catch out sides on the counter-attack, will be confident they can do it again against promoted Leeds.

Leeds is an attack-at-all-costs kind of team and while it’s fun to watch it’s also full of risk, and Marcelo Bielsa’s side has won only one of its last six league games.

Newcastle has won at West Ham and Crystal Palace this season and drawn at Tottenham and Wolves. Those are fine results and tell us it is more than capable of winning at Leeds.

Fulham was celebrating a mini-success on Sunday when it played out a 1-1 draw with champions Liverpool and you can understand the excitement.

It has been a difficult start to the season for Fulham so taking a point off Liverpool has to be a positive – however, that doesn’t mean they will automatically follow up with a win against Brighton.

In fact, Brighton is a dangerous opponent who has produced several really good performances this season against Chelsea (1-3), Manchester United (2-3), Tottenham (1-2), and Liverpool (1-1) but with very little luck.

Its fortunes will turn soon enough because the football it plays is good and better suited to being away. The Seagulls can win this one at Craven Cottage.