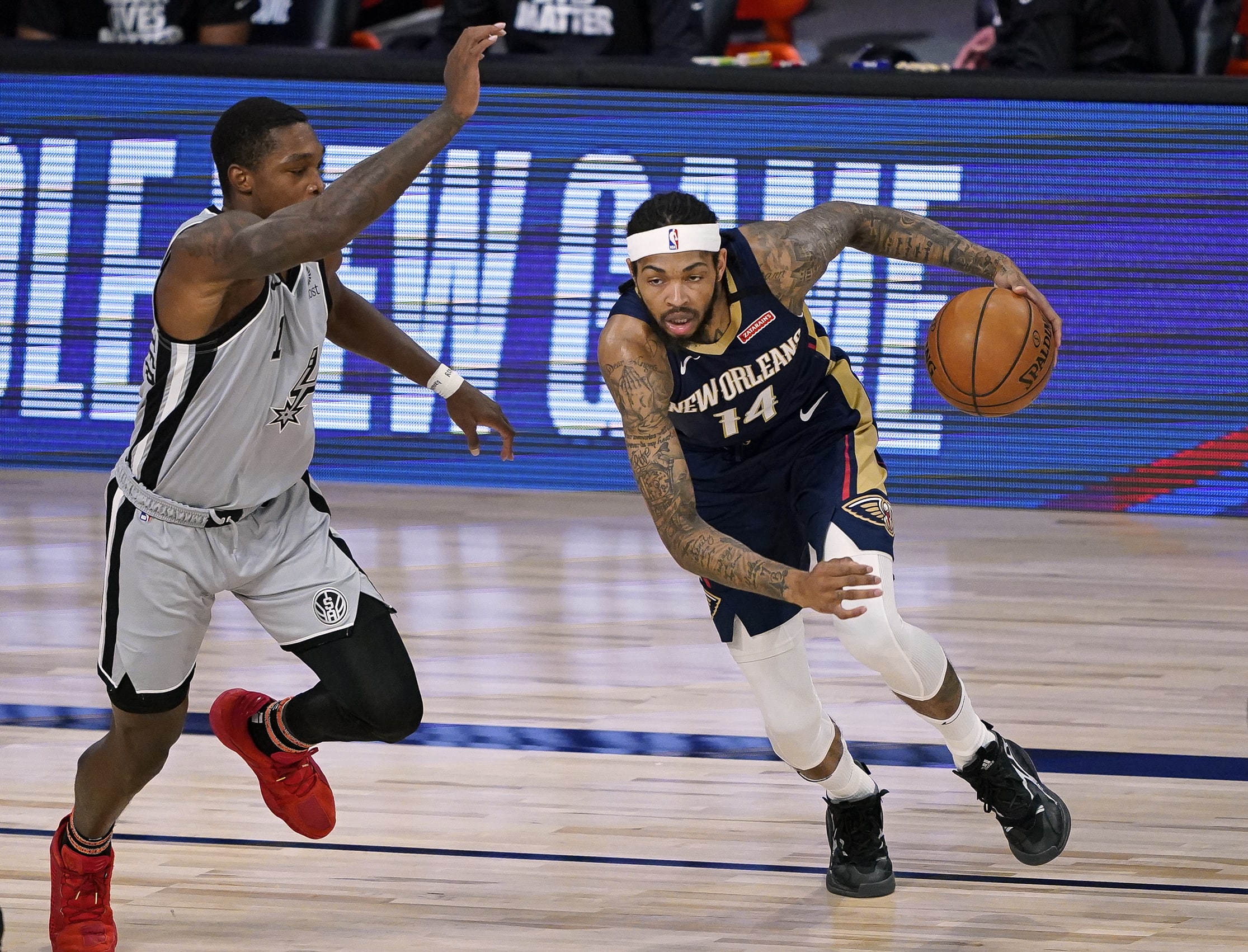 The Heisman Trophy ceremony and political elections were the big stories on Tuesday, but Wednesday is all about the NBA. Okay, there is also plenty of college basketball action from which to choose. Still, the professional slate is an intriguing one. We have a potential Eastern Conference Finals preview between the Boston Celtics and Miami Heat, plus fun-to-watch scorers like James Harden, Trae Young, and Stephen Curry are all taking the court.

For this play we mix in two favorites against the spread, one underdog and the points, and a couple of money line winners (one favorite and one ‘dog). Let’s break down each of the five legs one by one.

The Rockets look below average this season, starting 2-3 over their first five games. Defense is strictly optional for them, so when they don’t score (see 100 points against Dallas in their most recent outing) things become problematic in a hurry. James Harden is lighting it up as usual, but he does not seem to have the help behind him to make Houston a competitive club. Unlike the Rockets, the Pacers are a team you can rely on to play some defense. They boast the 11th-best scoring defense in the NBA, allowing right around 108 points per contest. Even with TJ Warren sidelined, the Pacers are a much more balanced side on both ends of the floor.

The Hornets took LaMelo Ball third in the draft; now they have to figure out how to play with him. In fact, this new-look squad (Gordon Hayward included) is struggling to gel as a whole. As expected, Ball has had his moments but is not shooting the ball well and turning it over a lot. The Hawks are a decent 4-3 but they should be 6-1. They led both Cleveland and New York by double-digits it at home only to lose both games. On Wednesday, they will probably build another double-digit advantage—and this time it is unlikely to be squandered. Young and De’Andre Hunter have been outstanding of late and will likely be too much for a less talented Charlotte opponent.

The Celtics were in “Toronto” (really Tampa) on Monday to take on the rival Raptors. No matter that they did not have Kemba Walker and Marcus Smart. After falling behind early early, Jayson Tatum went off for 40 and with Jaylen Brown in support the Celtics cruised to a comfortable win in the second leg of a back-to-back situation. This team can be lethal at any strength as long as those two guys are available. Meanwhile, the Heat have been a little sluggish in the early going, which is understandable given their short offseason on the heels of a Finals appearance. Boston should cover the small spread and it can even win outright.

The Thunder’s 2-4 record is not entirely terrible, but it really wouldn’t be surprising if they failed to win another game the rest of January based on their own talent level and the schedule. New Orleans boasts a far more interesting mix of players on its roster. Brandon Ingram and Zion Williamson are two promising young stars. Both guys can score 20-plus points on any night and Ingram has been especially impressive this season. These teams met just last week and the Pelicans dominated by 33. That game was in Oklahoma City, too. New Orleans may not win by 33 points again, but the home team should cover.

Despite temporarily coming back from 19 points down at halftime against San Antonio on Tuesday, the Clippers suffered an unexpected 116-113 home loss. Paul George was sidelined by a sore right ankle and his 25.1 points and 5.7 rebounds per game were noticeably missing. It will be interesting to see if fatigue plays a role here, as this will be L.A.’s second game in the span of less than 24 hours. The Warriors have finally hit their stride and are winners of four of their last five. Stephen Curry recently scored a career-high 62 points against Portland and then he went for 30 during a 29-point rout of Sacramento. Combine Golden State’s hot streak with the Clippers’ back-to-back and George’s questionable status, and you have to like the underdog and the points.