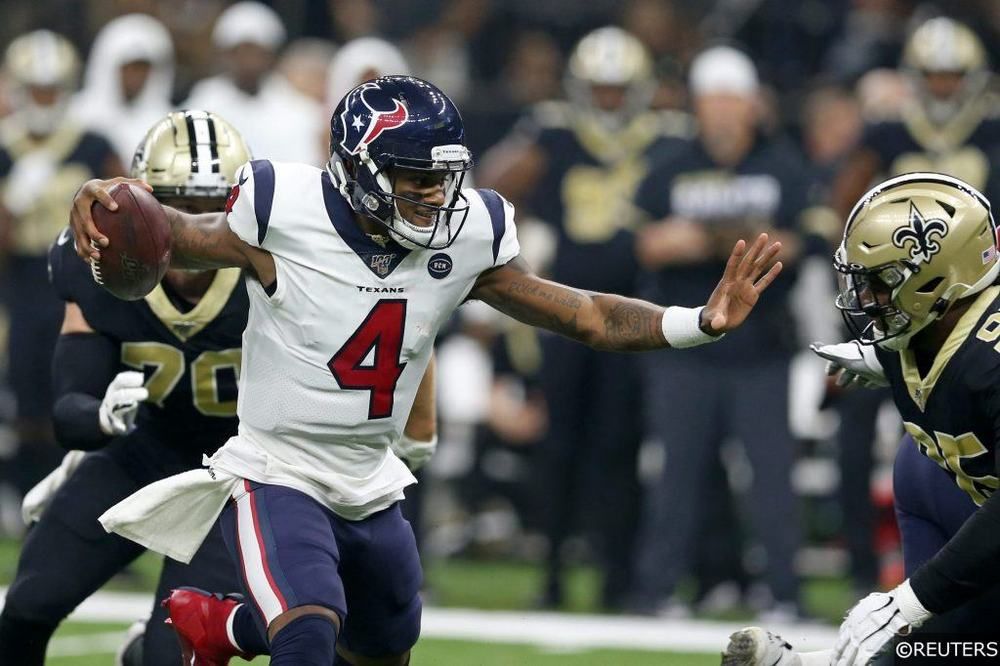 I'm an editor here at Pickswise who was raised in a household full of sports fanatics. Since I unfortunately never had LeBron James' jumping ability I wasn't able to make it to the NBA, and chose writing about sports as the next best thing. An avid sports bettor myself, I'm excited to get to write about the industry as it gets set to take off across the country. Buckle up.
Published: 0:15 AM ET November 26, 2019

The first 12 weeks of the 2019 NFL season are officially in the books. Things are beginning to take shape, and we’ve got a good idea of who the contenders and pretenders are. Accordingly, the Pickswise team has come up with their post-Week 12 NFL power rankings as we head into Week 13. There are a lot of great games in Week 13 so make sure to check our NFL Picks as well. For our top plays, check out our ‘best bets’ tab.

I moved the Ravens into the top spot last week, and then they went out and crushed the Rams on Monday Night Football. There’s some distance between them and number two now.

The Patriots picked up a win over the Cowboys, but once again their offense looked less than spectacular. Tom Brady might finally be declining for real…

The Vikings were on the bye this past week, and now have a big test against the Seahawks on Monday Night Football.

I’ve been skeptical of this 49ers team, but they shut me up on Sunday Night Football by trouncing the Packers. They’re legit.

Seattle picked up an impressive road win over the Eagles, but I think that game had more to do with Philadelphia’s incompetence than anything else. If they can beat Minnesota in Week 13, I’ll finally come around.

New Orleans was lucky to escape their game against the Panthers with a win. If they play like they did this past Sunday, they aren’t going to make a deep playoff run.

Kansas City was on the bye following their win over the Chargers. They haven’t looked great over all recently, but they are still in the driver’s seat in the AFC West.

It always seemed like Green Bay wasn’t as good as their record, and they got humiliated by San Francisco. They’re still in good shape and have a game against the Giants this weekend, but it was an alarming performance.

Houston won a huge game over Indianapolis last Thursday, and put themselves in pole position in the AFC South. It’ll be very interesting to see if they can finally get the monkey off their back and beat the Patriots this weekend.

Philadelphia’s offense played their worst game of the season, and they only mustered nine points in a loss to the Seahawks. There’s still time for them to win the NFC East, but they have to make their move now.

Dallas lost to the Patriots and got embarrassingly out-coached. Jerry Jones publicly calling out Jason Garrett and his staff after the game shows you where this team is.

The Colts had chances to beat the Texans on Thursday and pull away in the division, but couldn’t pull it out. Their season could come down to this week’s game against the Titans.

The Bills now have eight wins, but the best team they’ve beaten all season is the Titans. They’re going to get exposed at some point, but you can’t argue with the record.

The Panthers lost a close one to the Saints because of a missed 28-yard field goal, but they showed a lot of fight and I was impressed.

I still don’t know how legit this Titans team is, but they picked up another win over the Jaguars. Their Week 13 date with the Colts will tell us a lot.

Everybody was jumping on the Raiders bandwagon, and then they lost the Jets by 31 points. So much for that.

Rams got absolutely humiliated by the Ravens, and it looks like they won’t be making the playoffs a year after their Super Bowl run. They will have one of the most interesting offseasons of any team in the NFL.

Pittsburgh picked up another win, and they once again looked pretty terrible doing it. Rookie undrafted free agent Devlin Hodges will be the starting quarterback moving forward, which is a hilarious thing to say about a team right in the thick of the playoff race.

Los Angeles is coming off their bye week. Their season comes down to running the table, and that will start with a game against the Broncos.

Cleveland picked up another win by trouncing the Dolphins, and they are still hanging around the AFC playoff picture. Their schedule is very weak coming up….

I’ve been saying all year that Tampa Bay isn’t as bad as people think, and they looked good dominating the Falcons. I’ll be very interested to see if Jameis Winston can keep up this strong play down the stretch.

Chicago picked up a victory over the Giants, although it’s hard to call it a win. Mitch trubisky didn’t look too much better, and the Bears still aren’t going anywhere.

Arizona had their bye week, giving them extra time to prepare for their divisional clash against the Rams.

It’s hard not to be impressed with what the Jets have shown recently, and the panic about Adam Gase and Sam Darnold was always overblown. They have a very winnable game against the Bengals coming up.

Jacksonville got smoked by the Titans, and Nick Foles certainly doesn’t look like the long-term answer under center. It could be only a matter of time before Gardner Minshew is back taking snaps.

So much for any talk of a Falcons resurgence. Dan Quinn isn’t keeping his job past this year.

Denver got embarrassed yet again, and I’m not sure where they go from here. It looks like Drew Lock could receive his first career start against the Chargers this week.

Denver managed to lose to the lowly Redskins this past week, and it’s unclear if Matthew Stafford will play again this season. Matt Patricia could quietly find himself on the hot seat.

Ryan Fitzpatrick is going to keep the Dolphins in some games, but make no mistake they’re still tanking.

The Giants fell to the Bears, and Pat Shurmur’s seat is heating up.

The Bengals are still searching for that elusive first win. Going back to Andy Dalton and benching Ryan Finley is a step in the right direction.