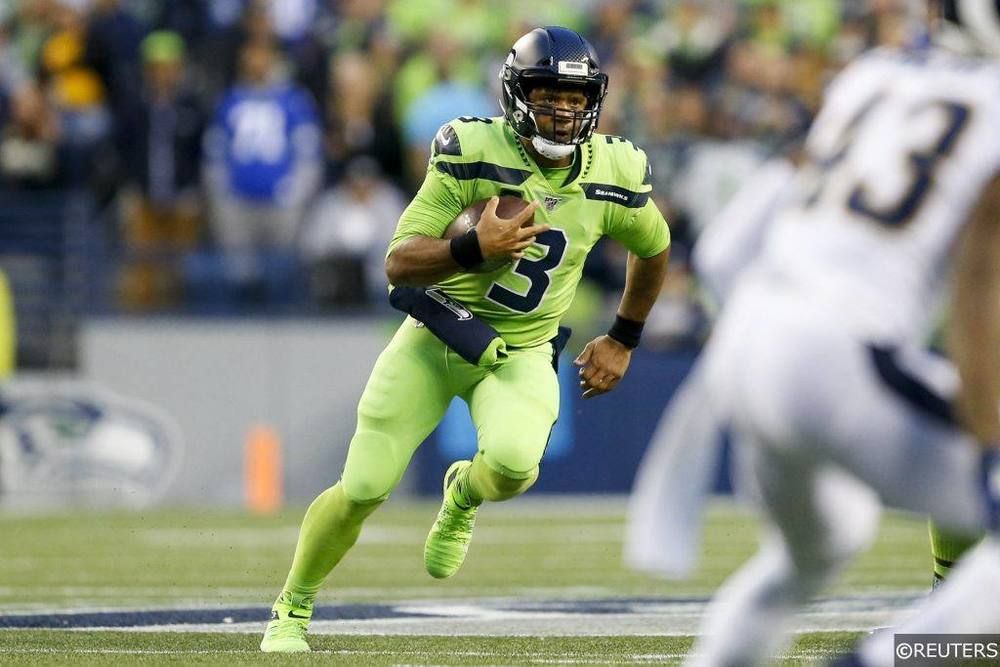 The first 13 weeks of the 2019 NFL season are officially in the books. Things have taken shape, and we’ve got a good idea of who the contenders and pretenders are. Accordingly, the Pickswise team has come up with their post-Week 13 NFL power rankings as we head into Week 14. There are a lot of great games in Week 14 so make sure to check our NFL Picks as well. For our top plays, check out our ‘best bets’ tab.

The Ravens passed another test against the 49ers, and there’s no reason not to have them number one right now.

The 49ers showed reasonably well in a loss to Baltimore. They lost by only three points on the road, and there’s not much to get discouraged about.

Seattle picked up a huge win over the Vikings on Monday Night Football. Something still doesn’t seem quite right to me as they continue to squeak out close wins…

The Patriots played a poor game and lost to the Texans. They’ve gotten exposed a couple of times recently, and Tom Brady is starting to look his age.

New Orleans looked good enough in their win over the Falcons, even though it certainly wasn’t flawless. They’re going to run away with the NFC South.

Kansas City had some poor performances in the middle stretch, but they’re officially back after their blowout win over the Raiders.

After their lopsided defeat against the 49ers, Green Bay bounced back with a big win over the Giants. They’re still favorites in the NFC North thanks to Minnesota’s loss.

Houston picked up a huge win over the Patriots on Sunday Night Football, and they looked great on both sides of the ball. It’s hard not to get excited.

The Vikings had a huge opportunity, but shot themselves in the foot too many times against Seattle. The Kirk Cousins can’t win big games narrative isn’t going away anytime soon.

Josh Allen had one of his most accurate games as a pro, and the Bills humiliated the Cowboys. It would be a surprise if they missed the playoffs at this point.

The Rams bounced back in a big way after their disaster against the Ravens, but torching a poor Cardinals defense isn’t enough to convince me all is well. They’ll need to prove it next week against the Seahawks.

I still don’t know how legit this Titans team is, but they’ve looked undeniably good recently. I’m fascinated to see if Ryan Tannehill can keep it going.

Pittsburgh picked up another win, and once again their defense carried them. I’m skeptical that Devlin Hodges can actually carry them to the playoffs, but crazier things have happened.

Dallas got spanked by the Bills on national television, which could be the final nail in Jason Garrett’s coffin when it’s all said and done. Despite that, the Cowboys are somehow still the favorite in a very weak NFC East.

The Colts blew another key division game, collapsing in the fourth quarter against the Titans. I’m still high on this team, but their margin for error is now extremely thin.

Philadelphia suffered one of the toughest losses of the season, losing to the Dolphins and possibly blowing the NFC East in the process. Just brutal.

Don’t look now, but the Buccaneers have now won three of their last four games. I’ve been saying all season they’re underrated, and they should make some noise down the stretch.

The Panthers lost at home to the Redskins as a massive favorite, possible costing Ron Rivera his job in the process. It’s been a very weird year for Carolina.

Chicago picked up a much-needed win over Detroit on Thanksgiving. They’re still technically alive in the NFC playoff hunt, but I don’t see any chance of them winning out with Mitch Trubisky under center.

Everybody was jumping on the Raiders bandwagon, and they’ve now lost to the Jets and Chiefs by at least 30+ points in back to back weeks. So much for that.

The Chargers managed to lose in a way that only they could on Sunday, in devastating fashion. Despite being 4-8, they *still* have a positive point differential.

The Browns laid an egg and essentially lost their Super Bowl against the Steelers. It’ll be very interesting to see if Freddie Kitchens can hold his team together now that the playoffs look unlikely.

Arizona has had a lot of good efforts recently, but they got destroyed by the Rams this past week. They didn’t put up a fight on either side of the ball.

Denver pulled off an insane last-second win over the Chargers in Drew Lock’s NFL debut. I’m skeptical he’ll be able to keep it going.

Ryan Fitzpatrick is going to keep the Dolphins in some games, but make no mistake they’re still tanking.

After weeks of getting hyped back up following a few wins over bad teams, the Jets went and lost to the winless Bengals. Things are never boring with Adam Gase, that’s for sure.

Jacksonville continued to sink lower with another lopsided loss, and it looks like the Nick Foles experiment is over. Doug Marrone won’t be the coach next year.

The Falcons came sort of close to completing a miracle comeback against the Saints on Thursday. It’s not going to be enough to save Dan Quinn’s job.

Detroit blew a late lead against Chicago, and there isn’t much to be optimistic about right now other than David Blough’s surprising competence. Matthew Stafford likely isn’t playing again in 2019.

The Giants suffered another ugly loss, and Daniel Jones is regressing. Pat Shurmur’s seat continues to heat up.

The Bengals finally won a game! They also went back to Andy Dalton under center, which is clearly the right call.