Where will Deshaun Watson play in 2021? Breaking down odds, best bets 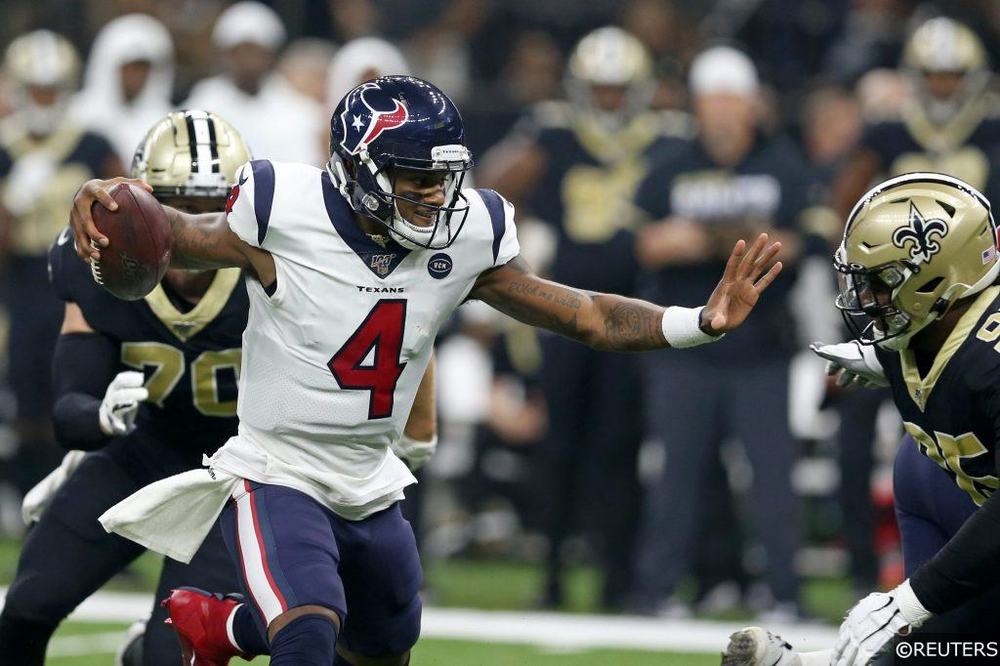 The undisputed top story of this NFL offseason will be the Deshaun Watson and Houston Texans saga. The star quarterback has reportedly grown frustrated with the organization, and there have been reports that he could ultimately demand a trade out of Houston.

The frustration at least partially stems from the team’s head coaching and general manager searches, which Watson was apparently frozen out of. Owner Cal McNair had promised his quarterback significant input, then went and hired Nick Caserio to be GM without telling him. It’s a messy situation, and the mysterious and polarizing executive Jack Easterby looms large over all of it.

If the two sides are truly headed for divorce, Watson might be the biggest trade asset ever, as it’s extraordinarily rare for an elite passer in his prime to be dealt. There’s already been a ton of speculation on where he could end up, and there are even betting odds on it. Let’s take a look at those odds, courtesy of BetMGM.

The Texans are seen as having a pretty much 50/50 chance of retaining Watson. The Jets and Dolphins are the outsider two favorites, and they both make sense. Each team has an abundance of draft capital, particularly Miami. Any potential package for Watson will have to include multiple first-round picks, at a minimum.

The Jets obviously have an uncertain quarterback situation with Sam Darnold’s status up in the air, and Tua Tagovailoa didn’t inspire a ton of confidence for the Dolphins as a rookie as he was benched multiple times. The next four teams all have plenty of talent elsewhere on the roster, and would be a quarterback like Watson away from contending for a Super Bowl. Let’s break down a couple of best bets:

It’s not as fun as some of the other options, but from a pure value perspective I think Houston makes the most sense. Everyone likes to get caught up in offseason speculation, but at the end of the day it makes no sense for the Texans to trade Watson. Caserio should, and will, do everything in his power to mend that relationship.

Watson might feel like it’s not salvageable right now, but we’ve still got almost eight months until the start of next season. He’s also under contract through the 2025 season, so he doesn’t have as much leverage as other superstars who forced trades with only a year or two left on their deals. All the excitement about Watson going to a new team has inflated these odds, as sportsbooks know the bettors who wager on these type of novelty lines will mostly want to bet on him going elsewhere.

If I was going to bet on anything other than the Texans, it would be on the field. If Watson were to become available, almost every team in the league would be interested. The favorites according to these odds are all based on speculation, and not any real reporting linking teams like the Jets or Dolphins.

One of the only real reports we’ve gotten was from Ian Rapoport of NFL Network the other day, who said to keep an eye on the Panthers. Carolina has an aggressive owner in David Tepper, and an unsettled quarterback situation with Teddy Bridgewater failing to impress in 2020.

They’d be a great option, and the Texans could be motivated to send Watson to the NFC and get him out of the conference if they do decide to trade him. Four of the top five favorites according to those odds are in the AFC. When these blockbuster deals do go down, it’s often a surprise team coming out of left field, and I’d expect that to be the case here.