HomeAnalysisNFL AnalysisWho will win the MVP award for the 2021 NFL season?

Who will win the MVP award for the 2021 NFL season? 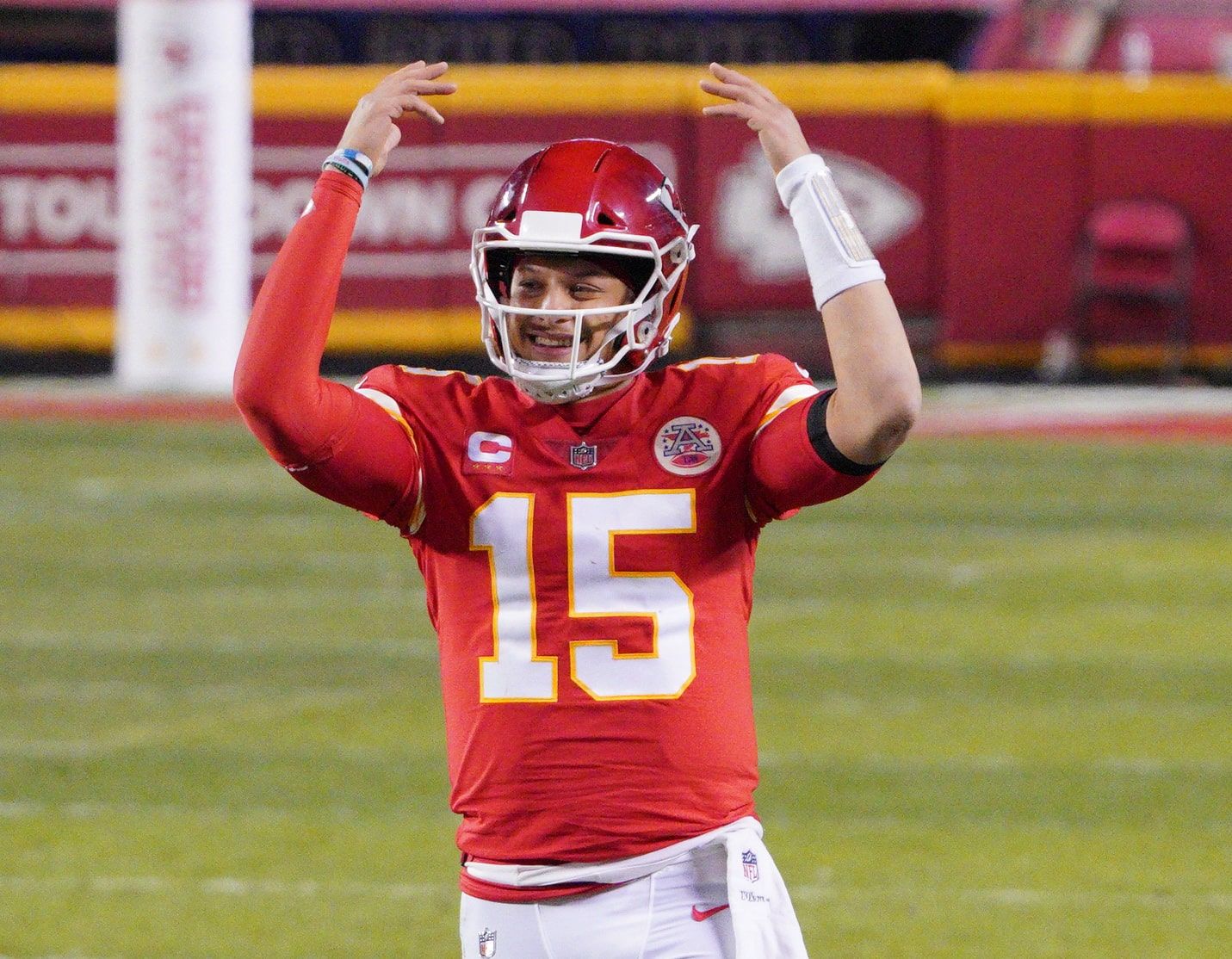 Who will win the 2021 NFL regular-season MVP award? Well, looking at the list of previous winners, the first answer should be: not the guy who won last year.

That’s nothing against Aaron Rodgers, who won the award for a third time after leading Green Bay to a 13-3 record while carrying the team on his back for much of the year. But 5 different players–Cam Newton, Matt Ryan, Tom Brady, Patrick Mahomes, and Lamar Jackson–had received the honor since Rodgers took the trophy for a second time in 2014, so it’s clear the 50 sportswriters who pick the recipient of the Associated Press award like to share it around.

Let’s first look a little deeper at the trends of the NFL MVP award winners to see what kind of player we should be looking for.

It’s the quarterback of the year award, right?

Well, yes. The last 8 winners have been quarterbacks, with the last non-passer to be successful being running back Adrian Peterson after a 2,000 rushing yards season for the Minnesota Vikings in 2012. Before that, there was a run of five quarterbacks (all named Brady, Manning, or Rodgers) from 2007-2011 after back-to-back RB wins for Shaun Alexander and LaDainian Tomlinson.

The last non-QB or RB to win the award was New York Giants linebacker Lawrence Taylor way back in 1986–the only defensive player to win in the last 49 years.

So, yes, it seems bettors should be focusing on quarterbacks, with the only exception being if a running back, wide receiver, or maybe even a defensive end, sets some kind of gaudy individual statistical record.

So we’re just looking for the QB of the team that wins the Super Bowl?

I’ve got to stop you right there. Absolutely not; this is a regular-season award and bad things tend to happen in the playoffs to the winners.

Shall we just hit you with this stat? The last player to win the NFL MVP award and win the Super Bowl in the same season was Kurt Warner in 1999. Since then, only 9 winners have reached the Super Bowl (Warner again, Rich Gannon, Alexander, Brady twice, Peyton Manning twice, Newton and Ryan), but each one failed to lift the Vince Lombardi Trophy.

So what we’re really looking for, in summary, is the quarterback of a team that will have a strong regular season but come up short in the playoffs. Let’s see who fits the bill. 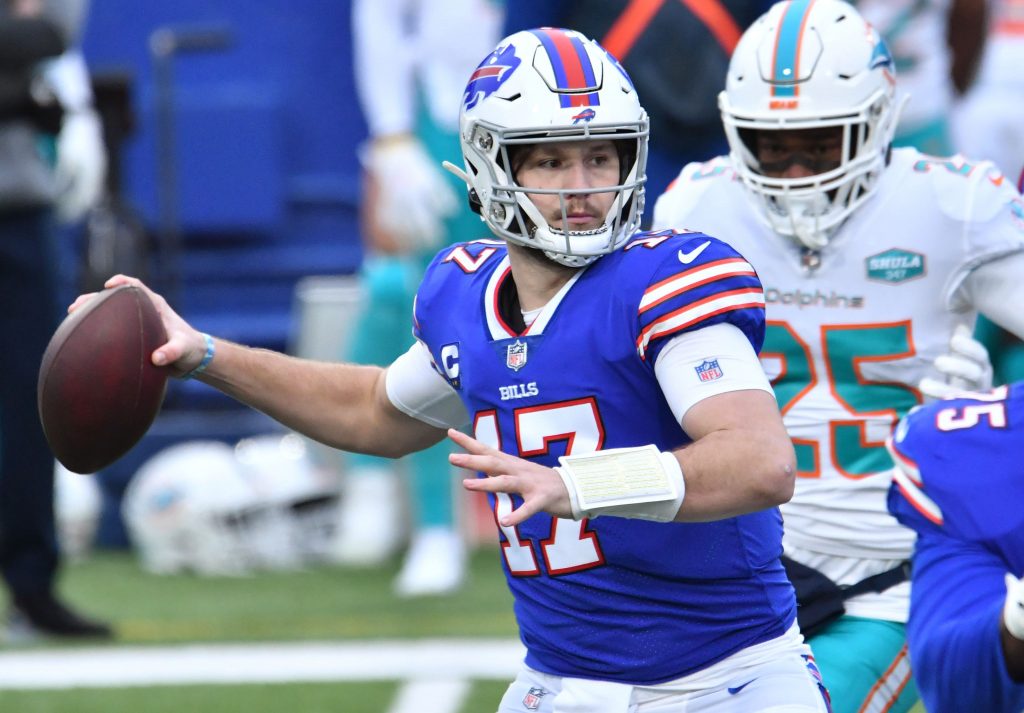 Rodgers might have had a better chance of scoring back-to-back wins if he had got his desired move away from Green Bay and led another team to the playoffs. It’s going to be hard for him to look quite as special back at Lambeau Field. Tom Brady (+1400) arguably has a better chance this year than he had in last year’s 11-5 run to Super Bowl glory as he was still picking up Bruce Arians’ offense in the first half of the season.

Dak Prescott (back from injury in Dallas), Matthew Stafford (charged with sparking the Rams’ offense), and Russell Wilson (if Pete Carroll lets him cook again) are outsiders with hopes — and in Prescott’s case, it helps that people have now seen what the Cowboys look like without him so they can appreciate the difference he makes.

The non-QBs with the shortest odds are Carolina running back Christian McCaffrey, who would have a shot with some kind of all-purpose yards record but the Panthers look unlikely to be playoff contenders, and Tennessee’s Derrick Henry, although he topped 2,000 rushing yards last year and didn’t get a single MVP vote.

Who should I bet on to win the MVP award?

Mahomes looks an extremely solid favorite and, barring injury, must have the best chance, even though opposing AFC defenses have now been shown a way of stopping him by Tampa Bay in Super Bowl LV.

But if there is to be a new name on the list, Buffalo’s JOSH ALLEN could be the man. It’s hard to express how far he has come since his wayward first steps in the NFL and he looks a prime candidate to have the strong regular season and playoff exit that fits the pattern of previous winners. It’s also worth noting that Mahomes and Allen were the only 2 players other than Rodgers to garner votes last season. Allen was runner-up with four votes, while Mahomes got just two, so the Buffalo man is clearly on the judges’ radar already.

For a bet at longer odds, you’re looking for something special like 25 sacks from Myles Garrett (+18000 to win), or at a more realistic level, a sensational sophomore season from JUSTIN HERBERT (+2000).

The Chargers’ second-year QB looked the real deal in his first NFL campaign, passing for 4,336 yards and 31 touchdowns. The 2020 Rookie of the Year could progress to the senior award if he can turn the 7-9 Chargers into an 11 or 12-win team.

Pickswise is the home of free expert NFL picks and NFL odds. Be sure to check out all of our season previews and NFL futures bets leading up to the 2021 NFL season.